Linaria is a pretty little town with white washed cubist homes on the hill and a white and blue church on the point of the bay welcoming you to the harbor.

We had a fabulous meal and evening from the restaurant directly across from our moored boat. We sat outside for several hours to enjoy a leisurely meal and enjoyed the simple pace of very relaxed Linaria. Posted here are images of that meal and evening. 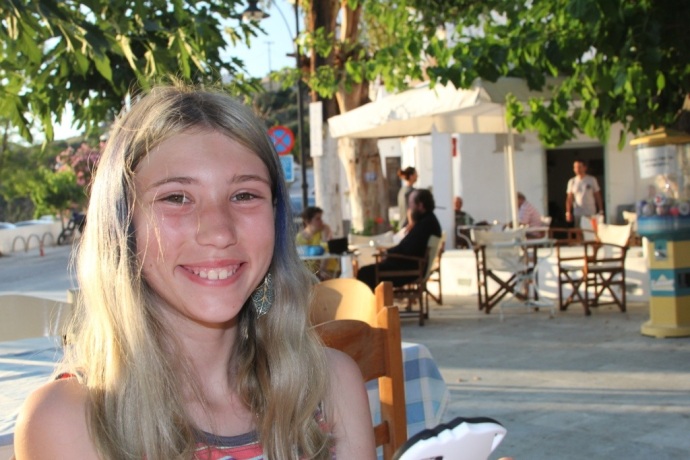 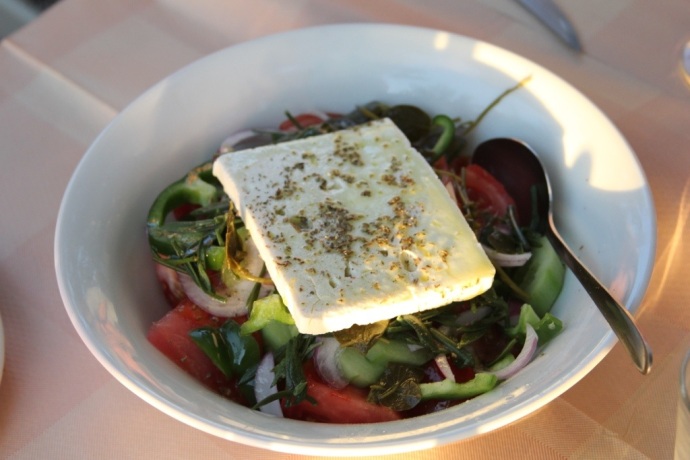 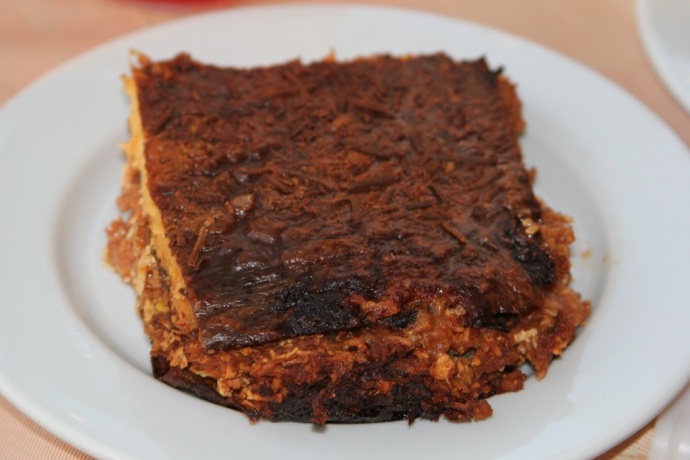 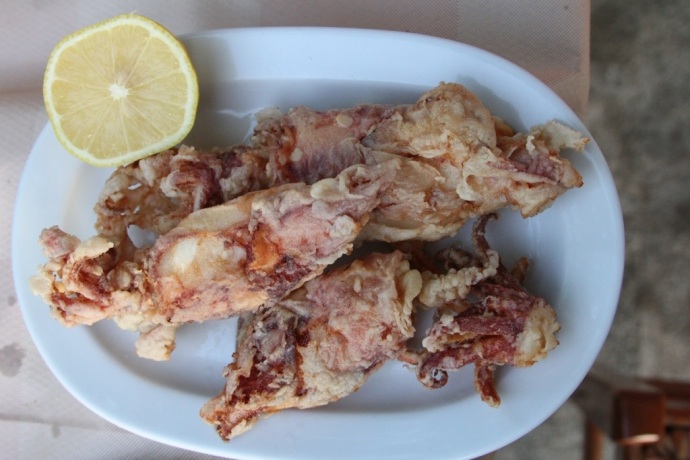 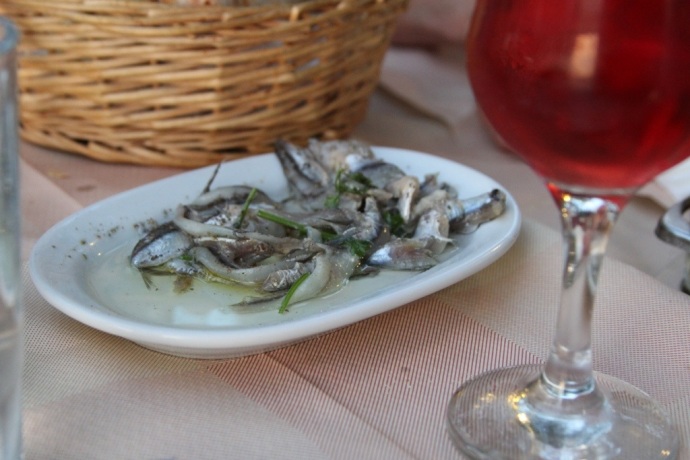 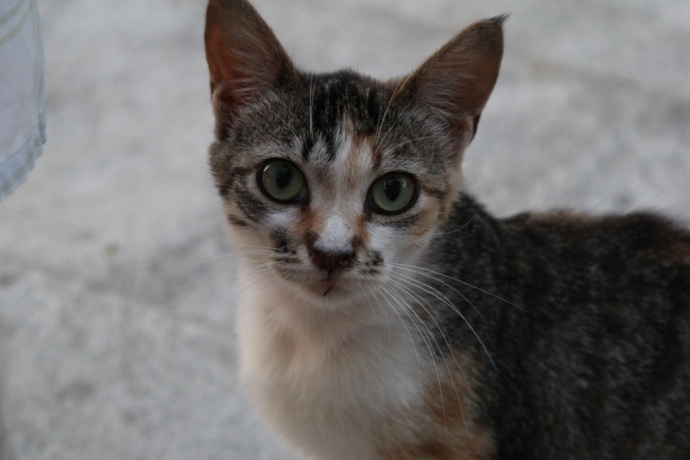 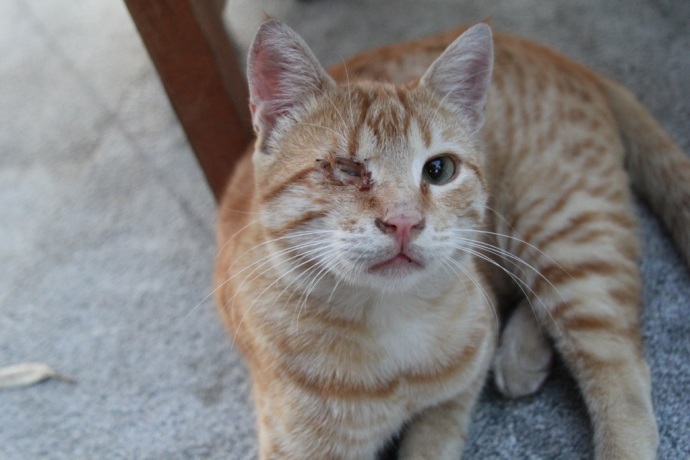 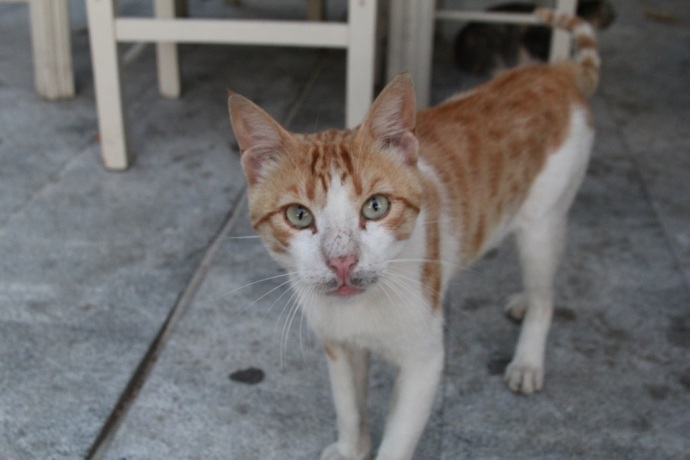 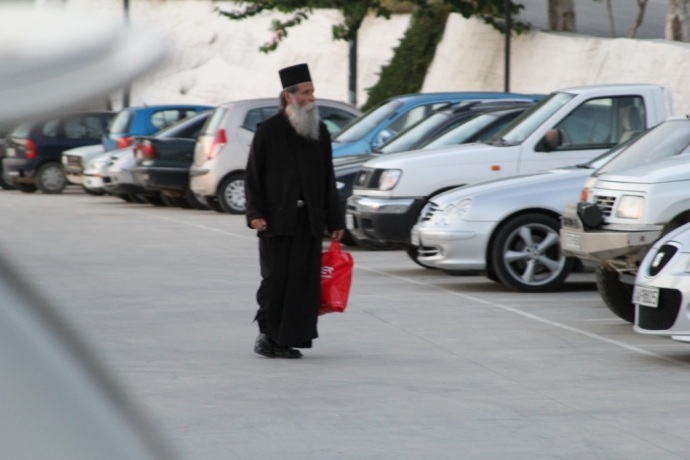 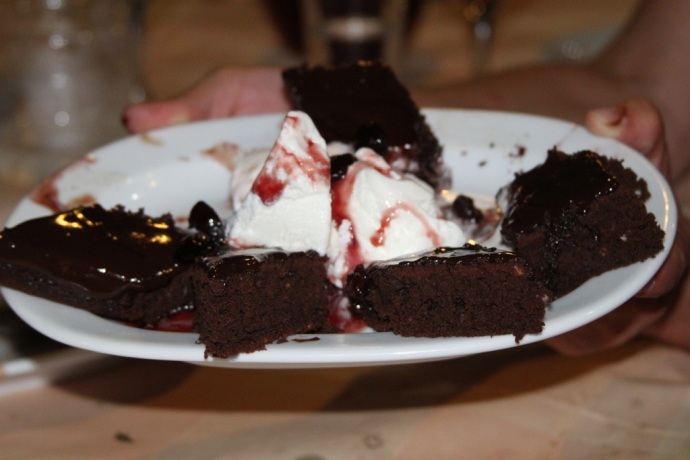 Monday we hired a taxi and went to Skiros Town (also known as Chora or Hora). Its a beautiful cubist style town perched upon a cliff overlooking the sea on the windward side of the island. The town has an interesting history. It has a prominent castle on the top of the mountain that used to be an acropolis and was converted into a monastery of St. George. It was under construction due to damage from an earthquake when we were there so we couldn’t go inside but we did walk the winding streets up through the town, over rooftops and small alleyways built atop each other so we could see the view from the top. It was spectacular.

World’s Collide! Its a blog-cross over event. See: Cult of Achilles . Legend says that Skiros Town (Hora) is where Thetis hid her son Achilles in order to thwart the prophecy that only he could help win the Trojan war but would also die there. She dressed him as a girl and he was brought up as one of King Lykomides’ daughters. However, Ulysses was able to discover him living there and took him to Troy and victory as well as his demise. Traveling here was a pilgrimage of sorts for me to see the home of Achilles after having recovered from severing my Achilles’ tendon last year. 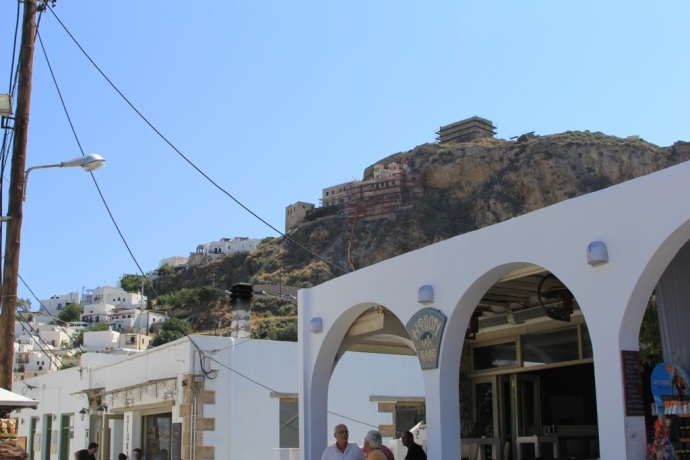 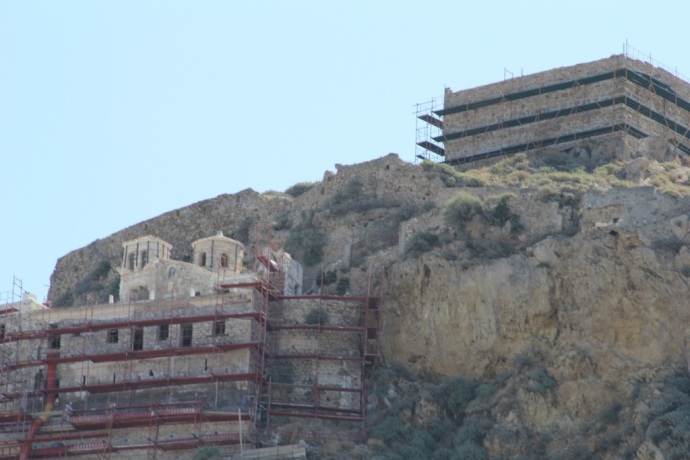 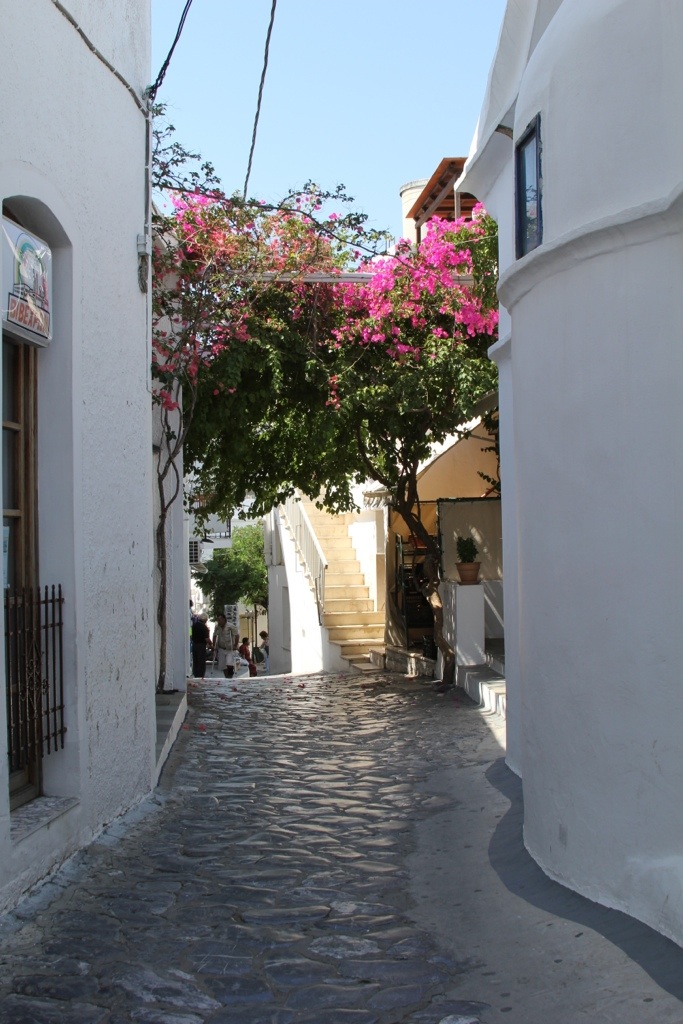 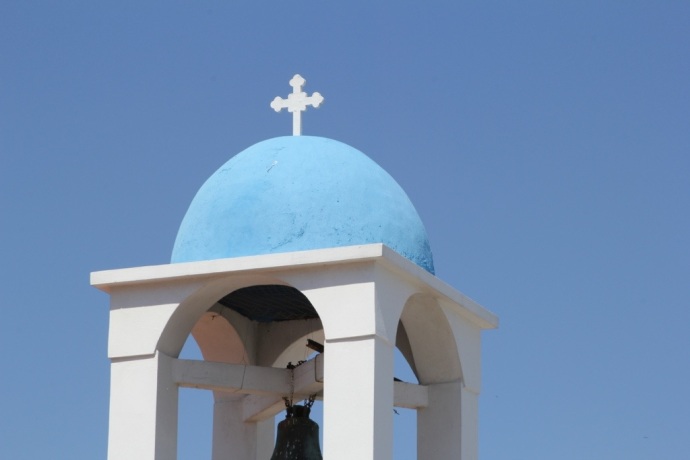 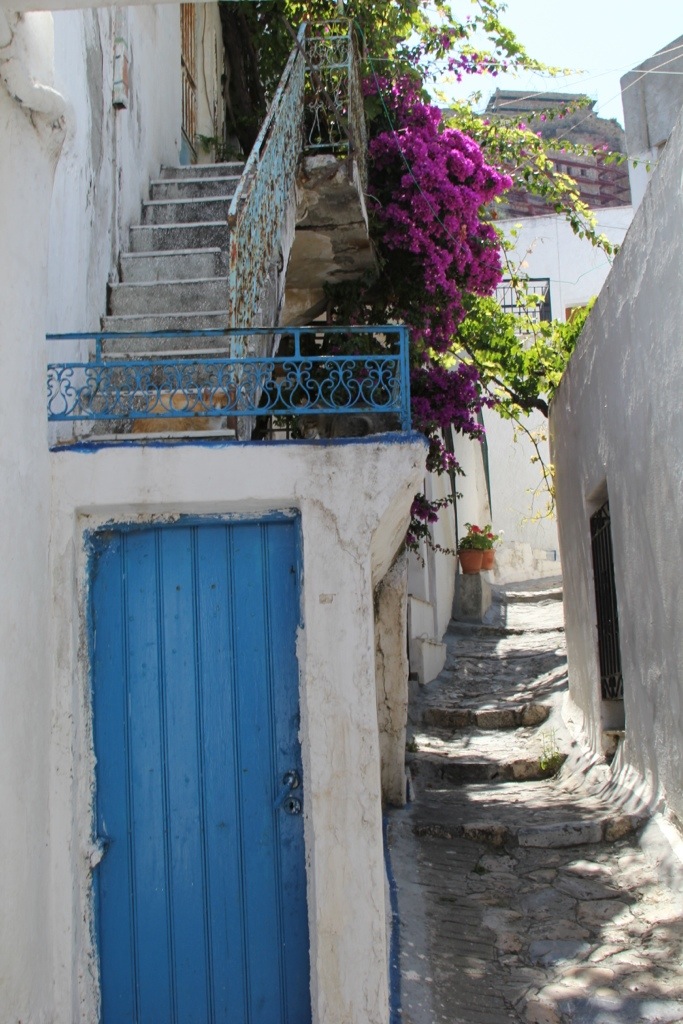 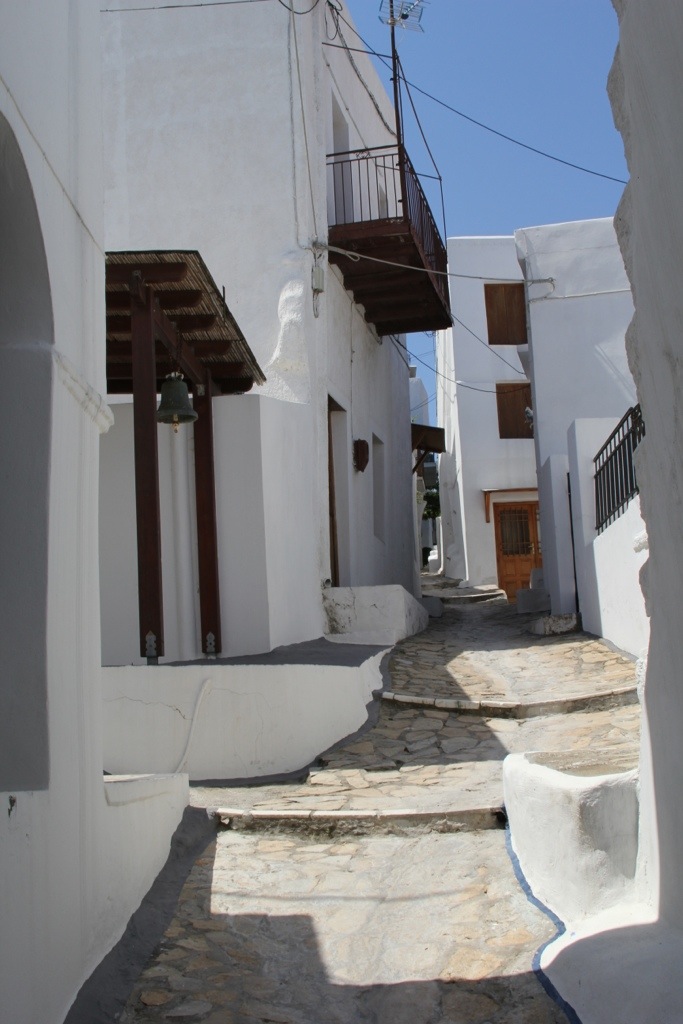 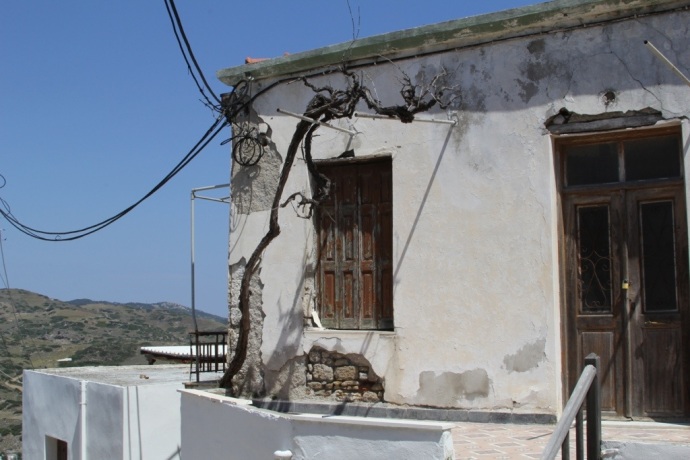 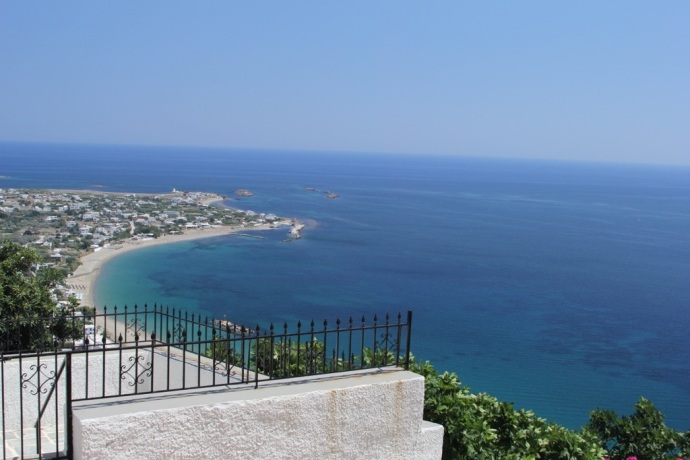