Monastery of the Birth of the Virgin

On the island of Kira Panagia there is a constant. A single soul – the Father of the Monastery of the Birth of the Virgin, since 993. (No, I didn’t forget a 1 before that, that’s 993 AD).

We left our safe harbor at Kira Panayia Bay to venture to the other side of the island to Monastery Bay where we were told the lone monk is known to entertain visitors.

We passed the rocky and rugged side of the island and made our way to Monastery Bay. 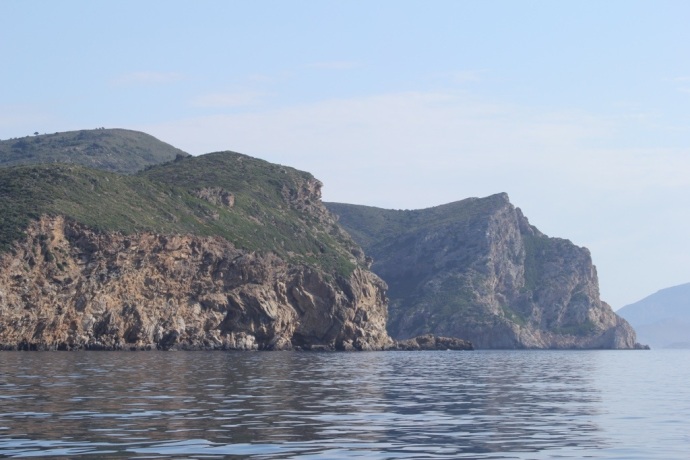 We anchored in Monastery Bay and took a dingy in to the rocky rebuilt quay to ascend the hundreds of steps to the monastery. 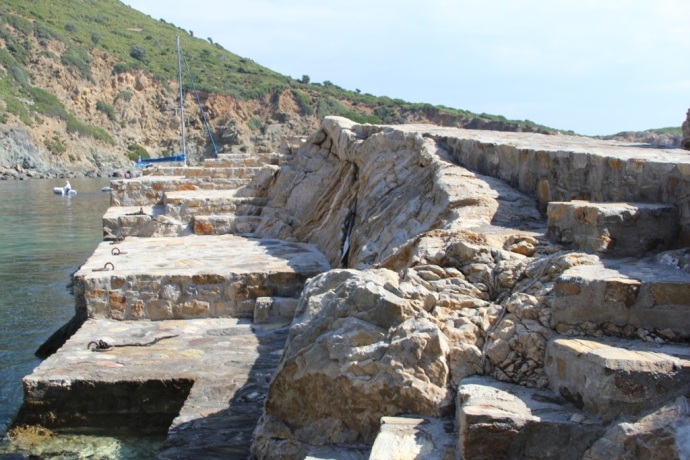 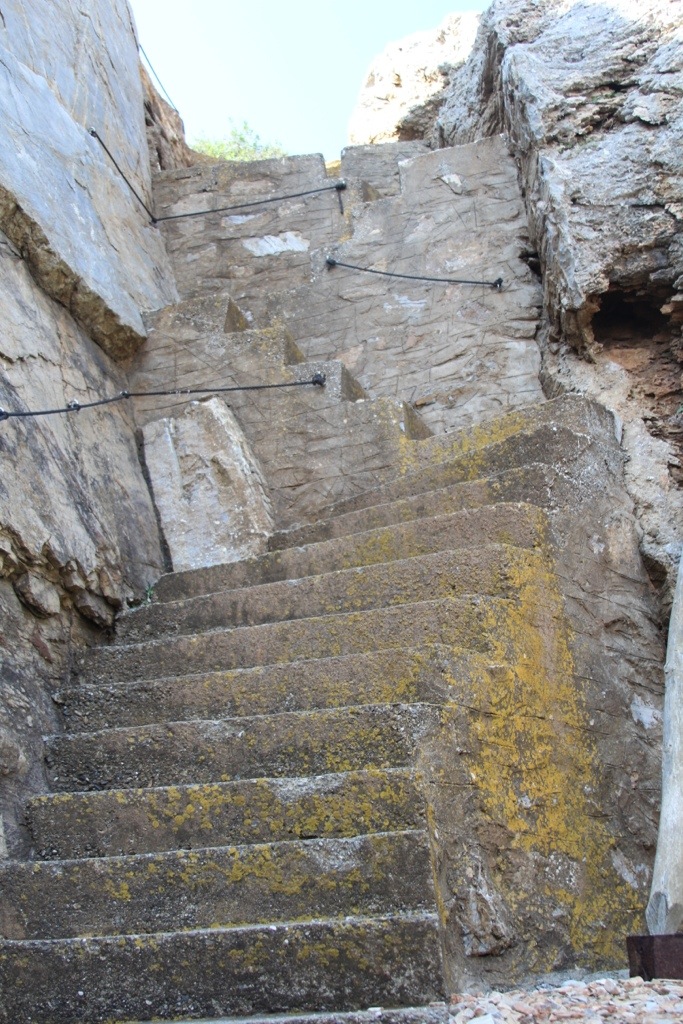 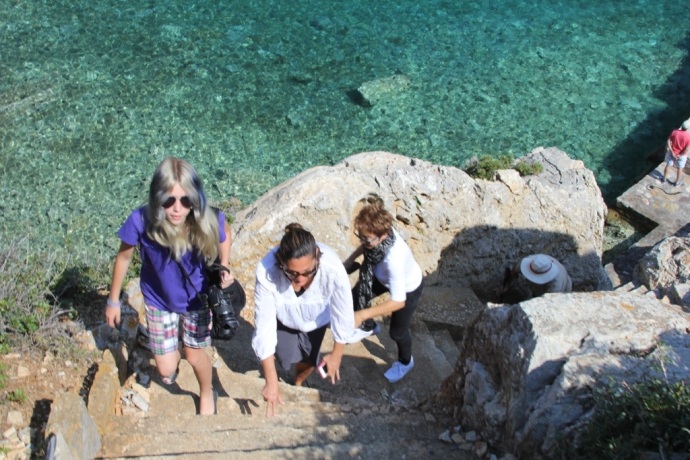 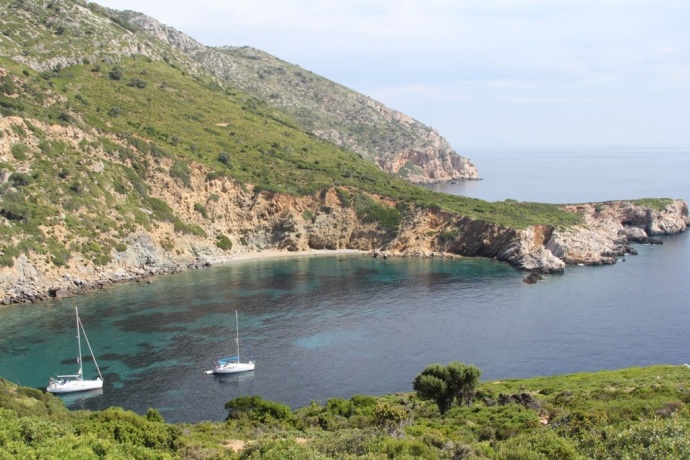 When we arrived the Father was cleaning a few fish he had caught and throwing the entrails to some of the cats that account for his companions on this desolate isle. He invited us in for Greek coffee, mint tea (from the island) and Turkish delight. While he left to the kitchen he invited us to look around the chapel and grounds. 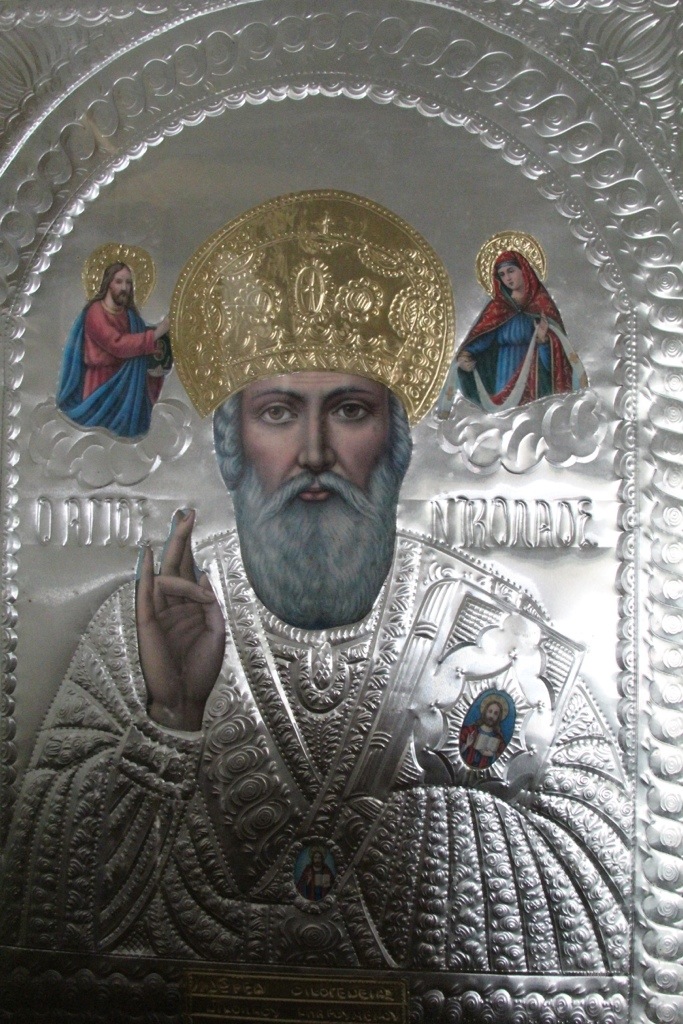 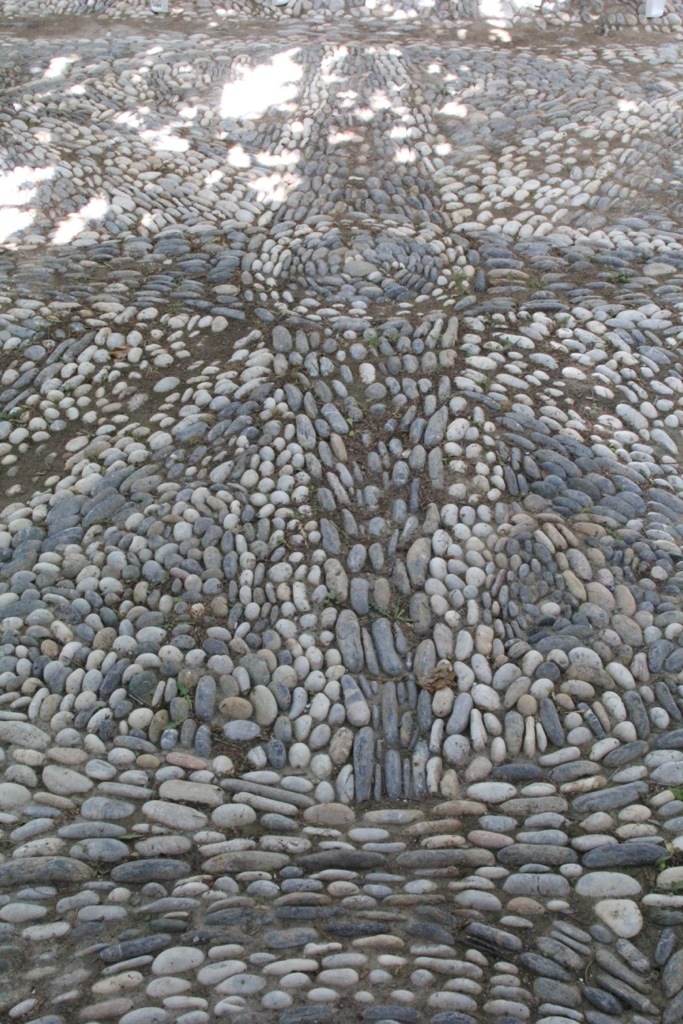 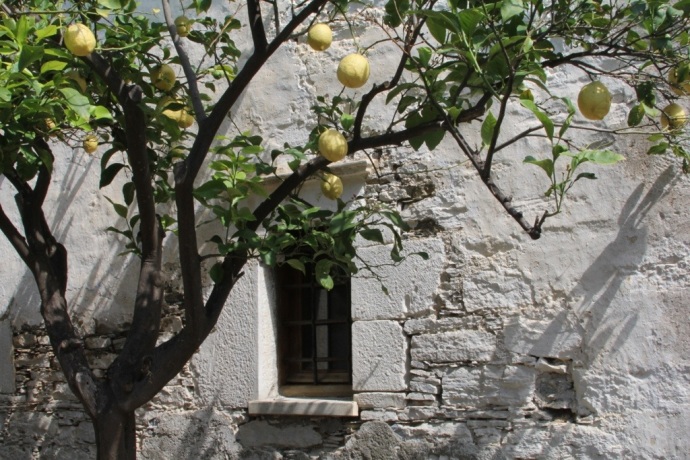 This monastery was the replacement to the ruin we saw the night before at our other anchorage. It dated from the1800s and is currently undergoing extensive restoration with new pointing on the interior and exterior walls, new gate, solar panels, battery cells, and soon to be new oak floors. And an old olive press that they hope to one day restore to working order. There were extensive gardens (olive trees, vegetables, and lots and lots of grapes)
Our tour continued outside the walls on the cliffs above the Aegean with Byzantine and Greek flags flying where he gave us his sermon on the immortality of the soul.

He was a sweet and charming man who assured us that he was a worse sinner than any of us and would most certainly be going to Hell, but we, of course, where such nice people we had little to worry about.

Just to make sure, I slipped a 20 Euro note into the coffers of the chapel. It never hurts to have a little insurance policy.

Thursday morning we woke to mixed weather. A few showers sprinkled with sun breaks. We left Steni Vala and headed up the east side of Alonissos past many caves. One called the Blue Cave (which is said to be deep enough to easily paddle into and explore) and 3 other nearby caves which legend says that a sea monster lives in the third cave and nobody who has ventured into is has ever returned. 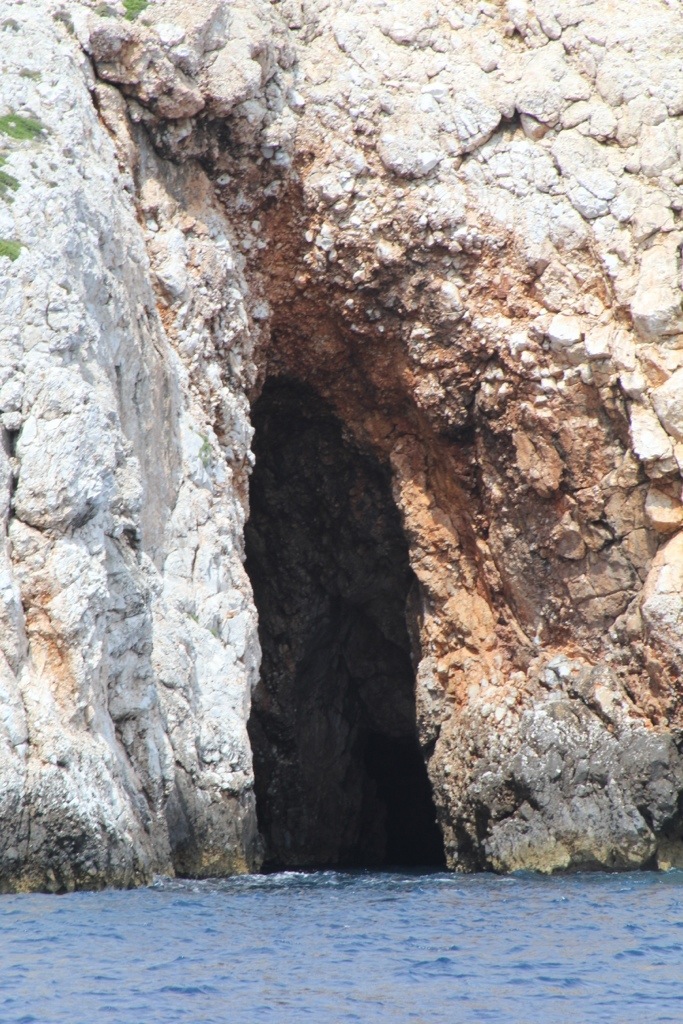 As we headed out across Steno Palagonisou (Palagonisou Strait) we could see a storm brewing on the horizon and coming straight for us. The only thing North of us now as we crossed to Nisos Kira Panayia is a great expanse of frothy Aegean. We battened down the hatches, had Clara get her life vest on, put things away down below and braced ourselves for getting windy and wet. 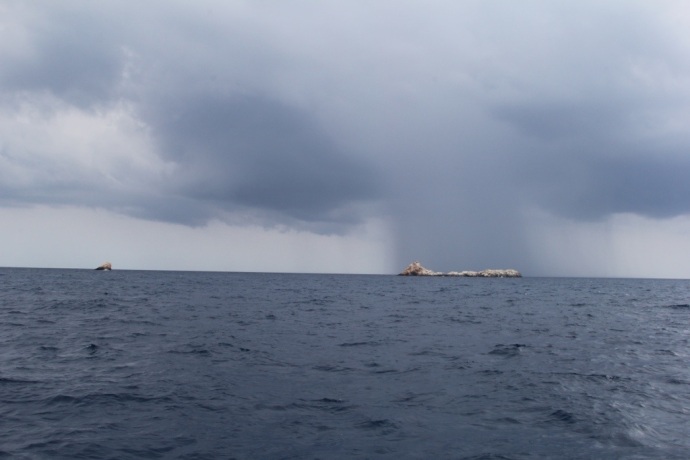 We were very lucky. This storm missed us by meters. We had an 3-4x increase in wind and some raindrops. But nothing like this storm was packing. We skirted it. Afterwards the weather looked much better so we raised sales and headed for the cool blue waters of Kira Panayia Bay. We slipped in behind Pelerissa Rock and dropped sail to find an anchorage in this tranquil bay that featured an old rock wall, an abandoned monastery ruin, a few goats (apparently a breed unique in this world to this island) and an old olive grove. We went ashore and tried to find a trail to the ruins but with no luck. We returned for a day of swimming and I cooked a dinner of penne and chicken with a metaxa (Greek liqueur) cream and made plans for exploring these uninhabited islands of the lesser Sporades. 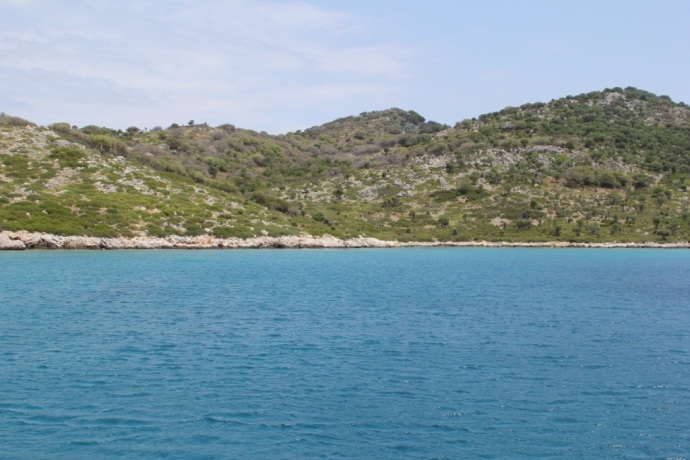