White knuckles and blisters…thats what I had driving an SUV and a 17 foot trailer down Highway 1 between Big Sur and San Simeon. I had forgotten how treacherous that road can be. Many washouts and one lane sections with 1000 foot drops to the Pacific kept us on our toes. I was white knuckling the steering wheel for only 50 some miles…but that was a twisty 2.5 hours of driving. I gripped the steering wheel so tight I got developed a blister on my left index finger.

Along the way we were sweating our fuel. We only had 1/2 a tank when leaving Big Sur…but the vertical gain was such that our average mileage per gallon was a pathetic 10 MPG. Our trip computer calculated that we’d run out of gas just about the time we’d come back to civilization. So we finally found a small cafe and gas station to pull over to. We pulled up. I stepped out. There was a guy in leather chaps (a motorcycle tourists) standing there. He looked at the pump, then looked at me and said, “Wow! Your about the get ripped off”. I looked at the price and the message on the pump: “91 Octane Only” at a price of $6.899 a gallon! “Insurance policy” I said. “Its worth a few gallons just to take the picture. 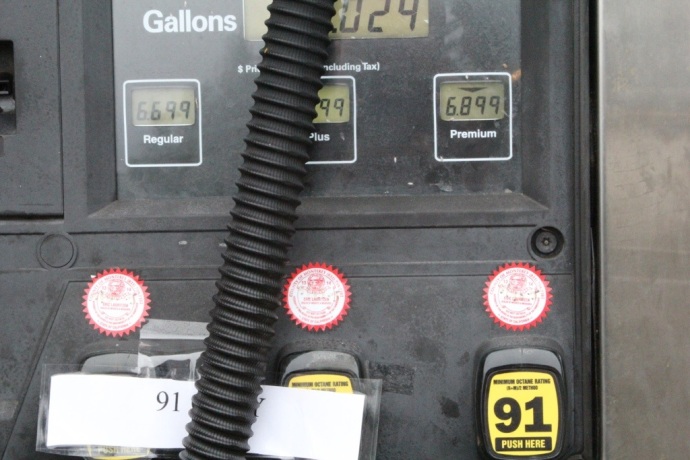 I put in 2 gallons and that gave us the confidence that we’d make it to San Simeon, home of the Hearst Castle. But first we’d take a stop that San Simeon Elephant Seal Lookout managed and sponsored by Friends of the Elephant Seal. 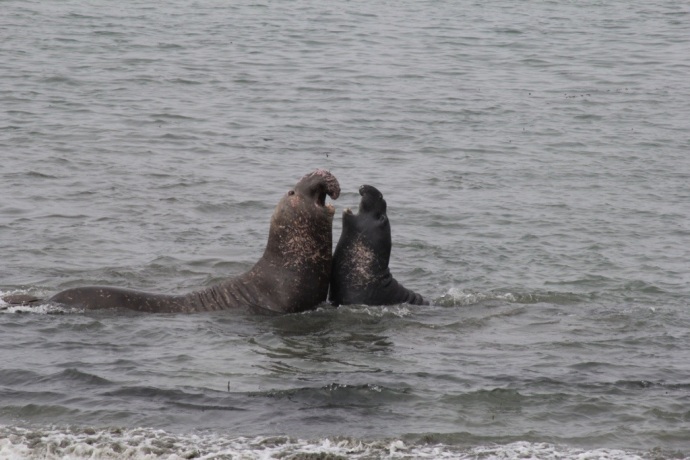 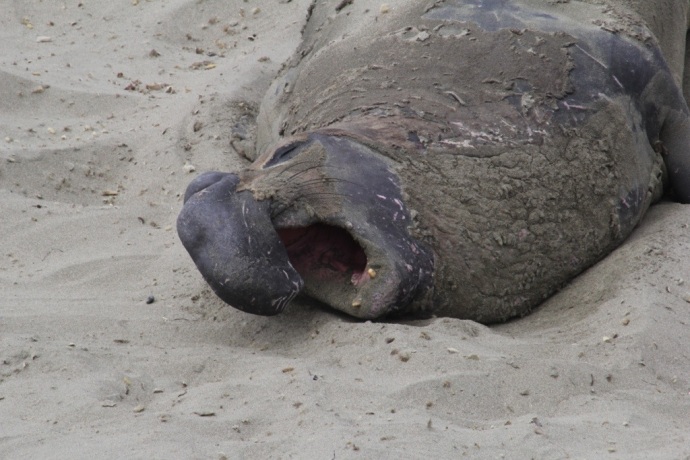 The elephant seals were fascinating and that could have been a day trip in and of itself, but just down the road was the Hearst Castle, where we had been twice before but never taking Clara and Cody. We made sure we went on the tour conducted by our good friend Jordan’s Aunt Muna. We took the “Upstairs” tour (having done the pools and grand rooms on previous occassions) and it was fabulous and grandiose. 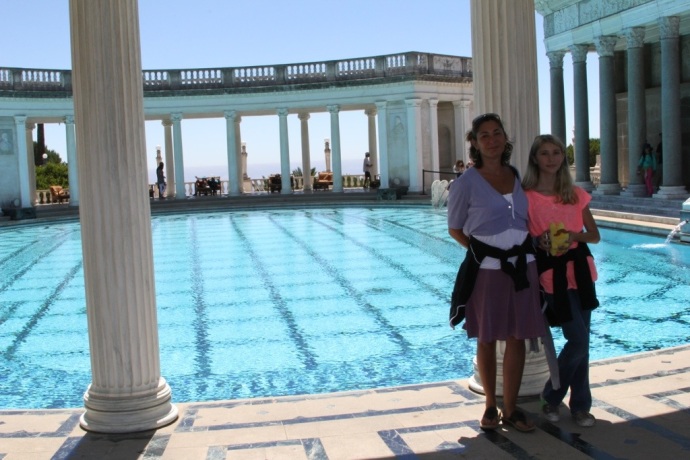 The Hearst Castle is great and I highly recommend it to anybody traveling to this area. We had recently been in Versailles and in my opinion the crowds, tours, and overwhelming nature of Versailles makes San Simeon a much more pleasurable and unique experience.

We left the Hearst Castle and headed to the Madonna Inn. We had been here 12 years before for our friend Julie’s 40th birthday as a surprise for her. But the surprise was ours in that we found out when here that Tawny was pregnant with our daughter Clara. And when we ate in the restaurant I swear Charleston Heston was 2 booths away. Bringing Clara here had special meaning. This was our third trip to the Madonna Inn. We love this place. Talk about American Sub-Culture and Kitsch. Its hard to describe the Madonna Inn if you’ve never been here. Each room is unique. Many have rock showers. The bathroom off the restaurant is famous. The restaurant features steaks from their cattle ranch nearby. I’ve always tried to describe it by saying “Imagine if Liberace and Taffy Fay Baker started a motel together”. They’ve recently added a pool. We stayed in the Safari Room, swam in the pool, and had dinner in the restaurant followed by dancing in the ballroom. That is…I watched Tawny, and Clara dance with Ralph (who cut in on me) and Connie who danced the Charleston to a live band with Cody. His dance lessons have really paid off. He looked great! Later, we snuck Clara into the men’s room so she could see the famous waterfall urinal. We the headed back to the pool and hot-tub before bed. All-in-all it was a magical night. 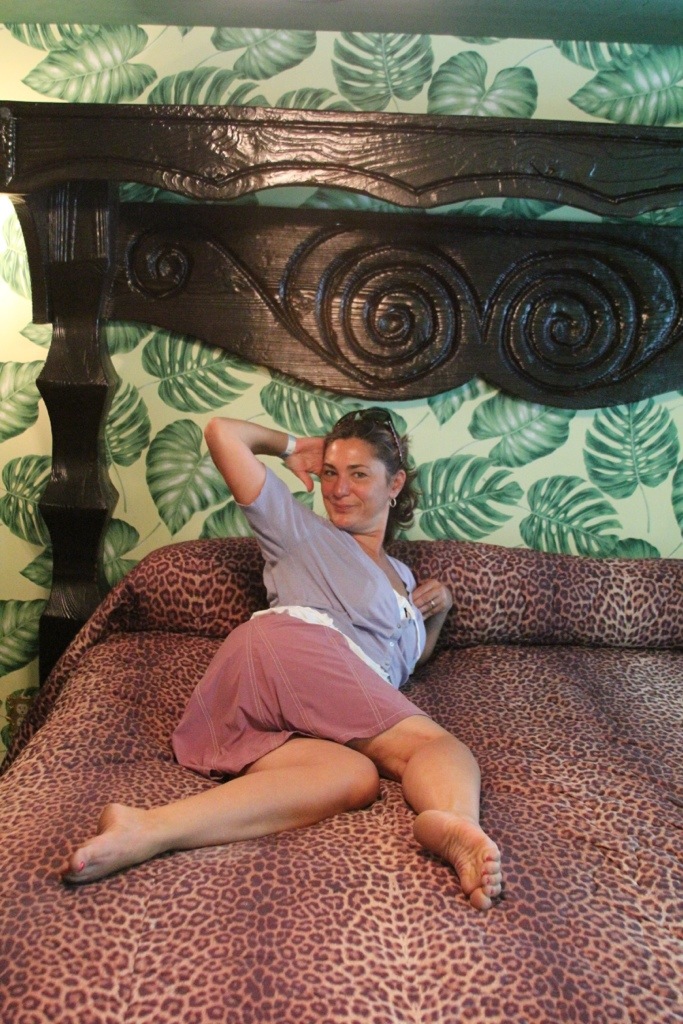 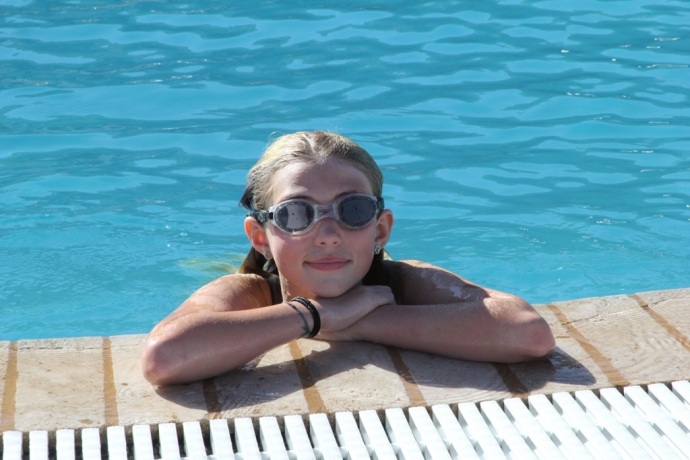 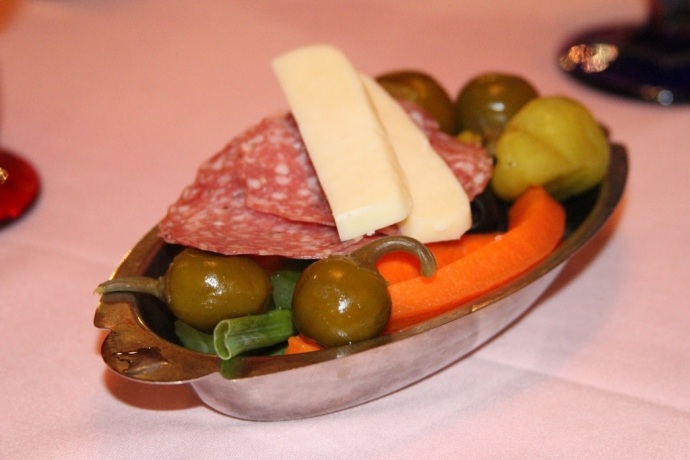 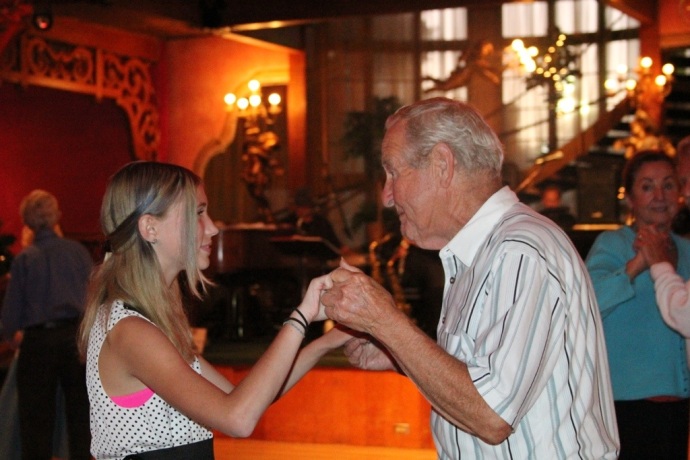 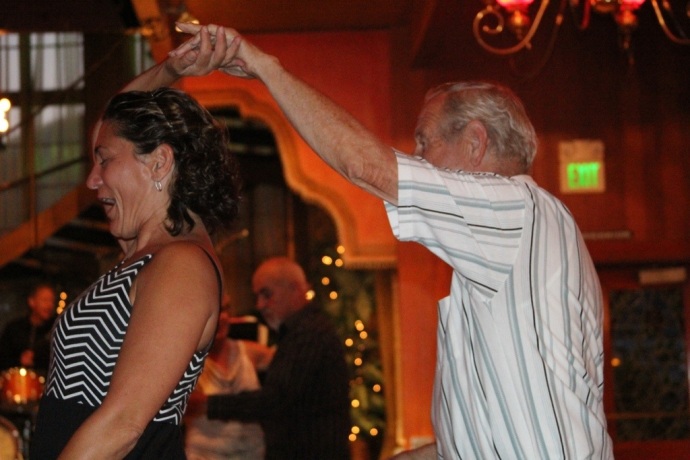 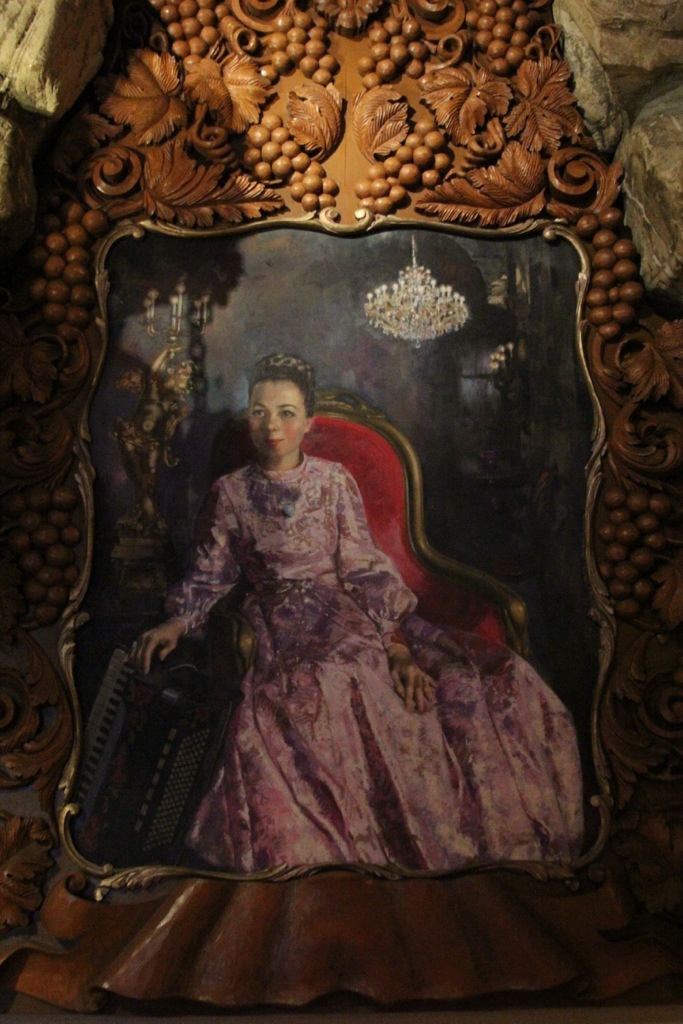