Having planned our summer road trip during winter we found ourselves in June – just a few weeks prior to leaving – having to make adjustments to shift our trip forward a few days. We called around, adjusted reservations, and were lucky enough to find a place on short notice just a few hours outside of Seattle.

On Friday July 1st we rolled our R-Pod into Silver Cove Resort to a warm, partly shaded campsite along the canals connecting to Silver Lake. We found the resort friendly, clean, and they gave us a great spot with a few trees from which we could hang our hammock in the late afternoon sun. 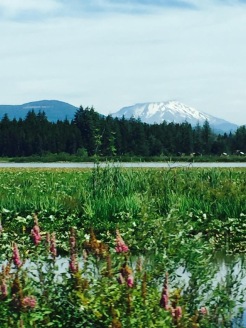 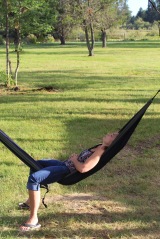 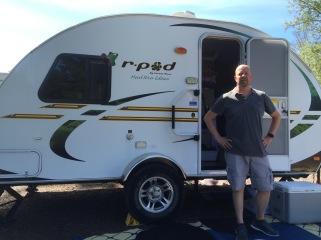 Saturday we headed into Castle Rock to find a pharmacy for Tawny. She’s had perhaps one of the worst colds ever and hadn’t been able to shake it. Castle Rock is a tiny little town with a disproportionate number of antique and second-hand stores. We made the rounds and found ourselves a dozen new vinyls as well as some other gems and trinkets.

From Castle Rock we headed back up Spirit Lake Highway, past our campsite, and on towards Mt. St. Helens. It’s been just over 36 years since the volcano erupted on May 18th, 1980. I remember it well. I was about 10 years old and on a field trip on North Vancouver Island with my mother who was pursuing a Masters Degree in marine biology at the time. We were out collecting varied specimens of Chlorophyta, Phaeophyceae Ochrophyta, and Rhodophyte (or green, brown, and red algae. We were more than 600 miles away that day and at about 8:35 AM we heard a huge explosion. Some thought it may be military exercises nearby. Somebody else joked about it being Mt St. Helens since it had been in the news so much lately and it was just a matter of time. Nobody took it seriously, but somebody – perhaps my mother – said, “Take note of the time, it just may be St. Helens!” Indeed, it was. After returning home to Anacortes we learned that my father and sister said our dogs had gone crazy at the explosion (250 miles away) and that they hadn’t head the explosion. Apparently the sound wave traveled up and over major metropolitan areas such as Seattle. Days later we got a phone call from my grandmother in Tulsa, Oklahoma telling us their cars were dusted in ash from the explosion. That awesome power left a lasting impression on my 10 year old psyche. One I’ve never forgotten.

Even so, I’d never been to Mt. St. Helens and yet today I find myself unscripted and unplanned within a 45 minute drive to the Johnston Ridge Observatory (so named after volcanologist David Johnston, who was at the researching the mountain when it erupted).  Memorized there are his last words “Vancouver, Vancouver, this is it!”. It must have been a spectacular way to go. Unfortunately, he remains were never found.

The devastation of the area is still evident and stark, but softened by a colorful blanket of new life flourishing in the form mountain lupine, paintbrushes, lupines, and mountain daisies. 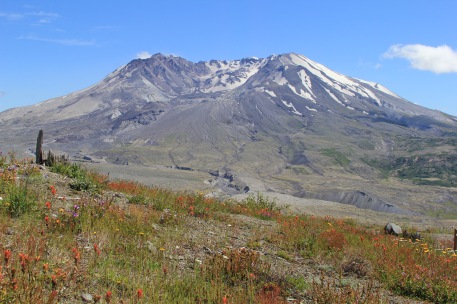 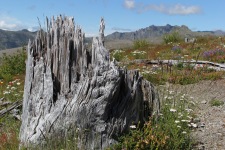 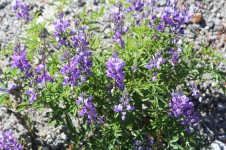 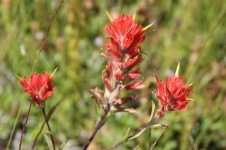 We arrived just in time to listen to a forest service ranger give a synopsis of the events of May, 18th, 1980. The power and devastation of this mountain was awe-inspiring. Many observed in silence while trying to wrap their heads around the statistics the ranger rattled off; “Spirit Lake was swept away like a squeegee up the side of the mountain, and then dropped back to its current location 200 feet higher and twice the size than it was before”, or “They measured the mountain in the days before the eruption using state of the art equipment and over the course of 60 days it grew at a rate of 5 feet a day, one day adding over 17 feet!; they initially thought the equipment was faulty.”, or “The mountain lost nearly 1,200 feet in altitude that day i.” 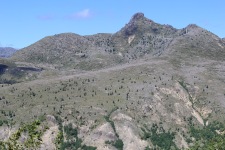 Evidence of the explosion in trees blown down

We hiked a nearby trail, took in the panoramas, watched a short movie, and read the placards at the interpretive center before heading back down the valley to Silver Lake and our campsite. We built a fire and grilled our dinner over the open coals before finally making the last glow of the day, and the last glow of the coals toast our marshmallows, into to tortured dreams of impending lahars (rhymes w/s’mores). 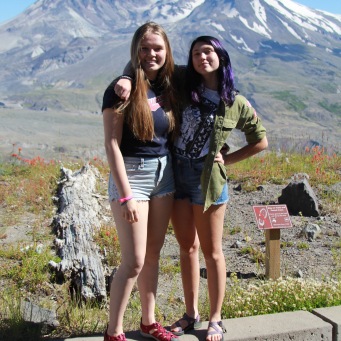 Friday, 26 days after we left Seattle we returned home from the Great American Road Trip.

But in Seattle we returned to break lights and rain, two things we saw very little over over the past 5800+ miles. Summer in Seattle. It was good to be home. 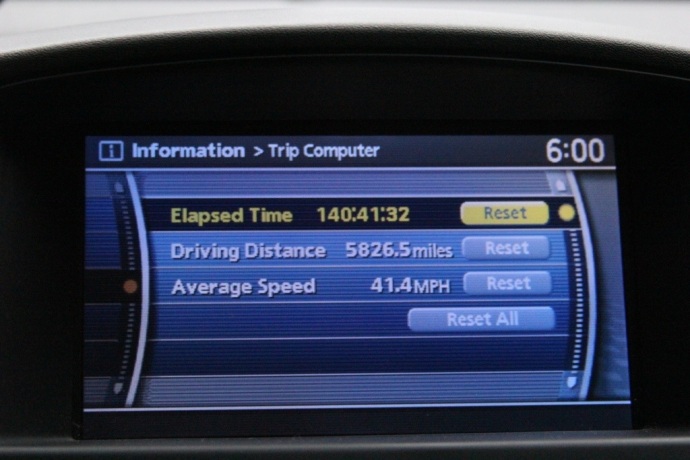 We took a full day to unpack, clean, and store our camper. There isn’t much to blog about today because I’m sparing you details on the 11 loads of laundry, the hours of washing and vacuuming the car and trailer, the unpacking and repacking of gear, the sorting of what stays in the camper and what goes home or storage, the cleaning of gutters and yard work at the cabin….

Speaking of yard work…I was trimming back branches from the house when I realized two babies squirrels were trying to find a way back up to the drey under our upstairs deck they had earlier emerged from. Apparently I had cut back the branches they used as a bridge from the trees to their home. On advice of our local pest control and animal advocacy company I built them a small bridge from the trees back to the porch so they can return home. They assured me in a few weeks the squirrels (who are just now exploring from the drey) will move on and pest control will come back, remove the drey, and fix the hole. 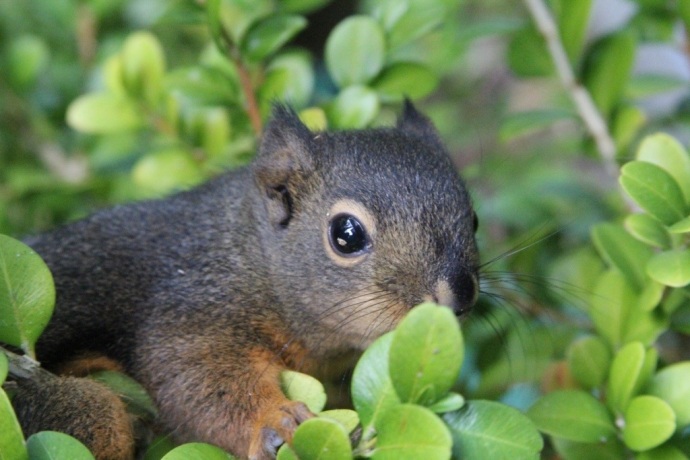 We saw so many wild animals at the coast this stay. It was interesting having driven across so much of the country to see buffalo, antelope, elk and wolves, while I have an abundance of wildlife in my own backyard. On this one day I saw two baby squirrels, 27 deer, one rabbit, and a bald eagle. While the places we visited on the Great American Road Trip were beautiful, inspiring, and full of nature, it made me appreciate the beauty and nature of my own backyard. The only difference is that the rest of America seems to benefit from better weather. Returning to the Pacific Northwest brought us clouds, rain, and daytime highs in the upper 50s; temperatures and precipitation we hadn’t seen in nearly a month – as if the Pacific Northwest was welcoming us home.

Sleeping in a guest bed and taking a real shower in beautiful home was a nice reprieve from the road. But it also signaled that our great american road trip, and my sabbatical, were coming to an end.

We went to visit my aunt and uncle in their home for morning coffee and see the work they’ve done on their patio, from the flowers and fountains, to the ingenious netting curtain my uncle designed to keep the golf balls from hitting them when they sit outside (they are very close to the tee). Somehow, Cody received a cup-of-joe as well, not a good idea for a 12 year old to have before an 8 hour drive… 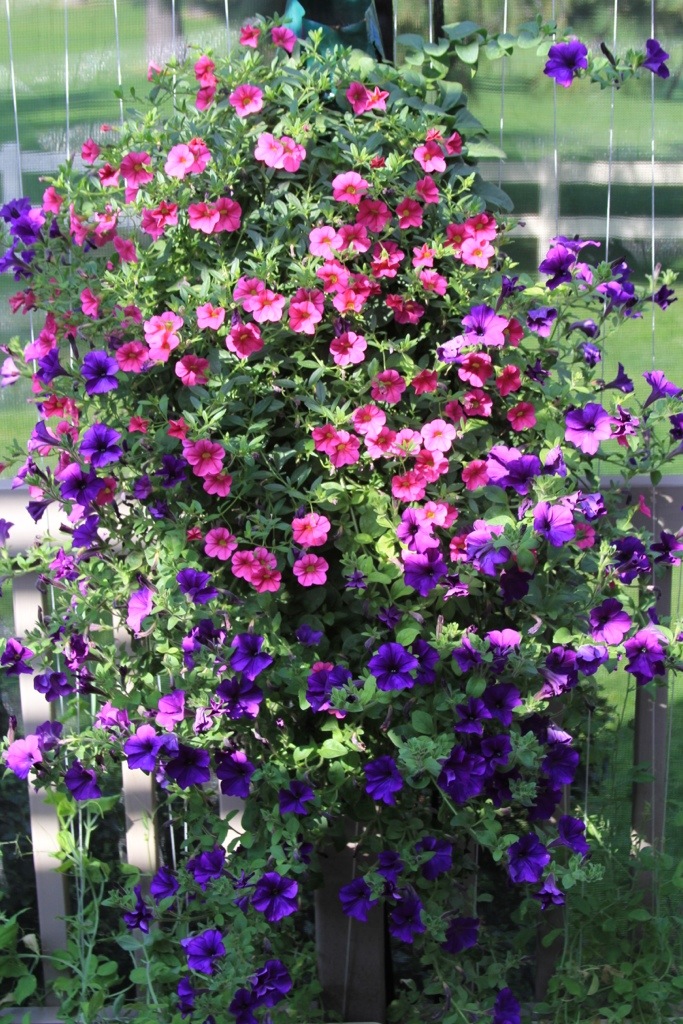 We returned to my cousin’s home where George had prepared another delicious meal. We packed up, said our goodbyes and hit the road north by northwest, heading to the Washington Coast and our beach cabin in Ocean Shores.
We took the scenic highway by Mount Hood where we told the kids about the Timberline Lodge being used as the location for Stanley Kubrick’s movie The Shining; which we told them they could see when they are 16… 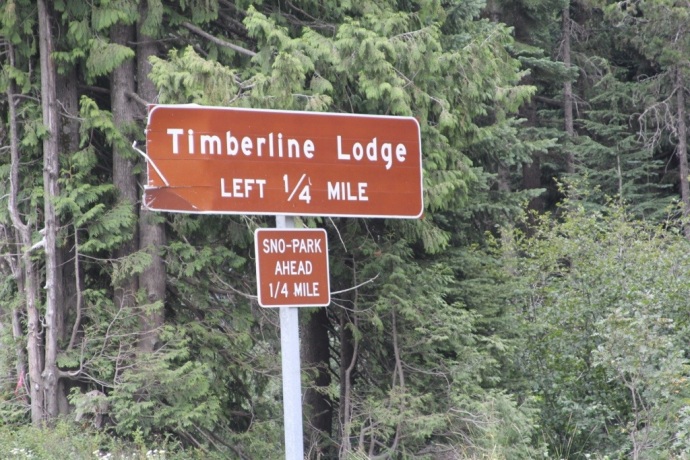 We really wanted to do something fun and offbeat for our last day pulling the trailer. Tawny got out a Roadside America app and we looked for funky side trips we could take along the way. There weren’t a lot of options to choose from. So we set our signts on the mysterious Mima Mounds, which we’d heard of over the years but never visited. Unfortunately we were running late after a late start as the kids were hungry and we stopped at one of our favorite places – Edgefield in Troutdale, Oregon for lunch. Tawny and I had been to Edgefield years ago when we were first dating. We stayed in the historic hotel, ate at the fancy Black Rabbit Restaurant, and drank beers in their movie theater. Today we just went to the Powerstation Pub for some burgers and fries. Tawny and I noted the need to come down here sometime for a getaway weekend, maybe for one of their outdoor concerts. 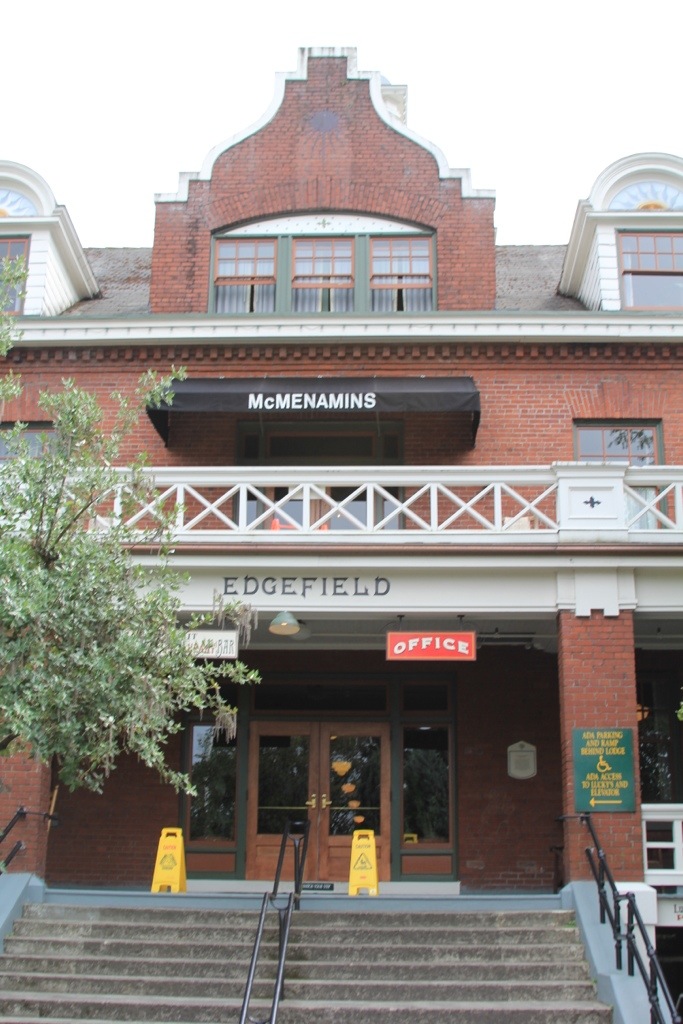 Onward to Ocean Shores. Running late we skipped the Mima Mounds (another time) and headed straight for the ocean stopping only for gas. We rolled into Ocean Shores about 8pm and went directly to Bennet’s Fish Shack for dinner. We love this place. It has some of the best fish and chips on the west coast and never fails to deliver. It was a satisfying way to end the day before parking the trailer at our beach cabin and deciding to deal with it tomorrow.