We stopped at Edgefield in Troutdale, Oregon for lunch at the tail end of our Great American Road Trip in 2013. Tawny and I had been to McMenamins Edgefield 22 years ago when we were first dating. We stayed in the historic hotel, ate at the fancy Black Rabbit Restaurant, and drank beers in their movie theater. This year, on our anniversary of 17 years, we decided to head back on our way to the Oregon coast.

We arrived early to navigate the narrow driveways and parking lots of Edgefield with our travel trailer in tow. Last time we were here we nearly got trapped in a narrow driveway with another car coming our way. The other driver had to edge her Prius into the bushes so we could squeeze past. As we slowly rolled by her I apologized for thinking I could bring this rig into this lot. She was very gracious about the whole thing, apologizing that she couldn’t pull her car over any further. It was just after we passed her that we realized the other driver was Zooey Deschanel. Star struck, I secretly hoped we might have another chance sighting of her on this stay. No such luck.

We were too early to check into our room so we headed to the 102 degree spa pool on a hot day. It was a sweatbox but relaxing all the same. Afterwards we got to our room, changed and spent our afternoon and evening exploring the many side attractions of the quirky resort: glass blowing, ceramics studio, gift shops, the winery & distillery, many gardens, blackberries, fire pits, and finally took in a movie (Finding Dory) and dinner at the Power Station theater and restaurant during the movie. 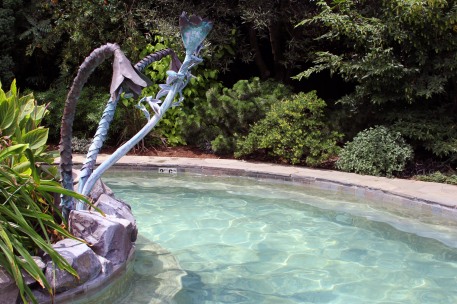 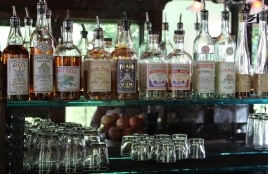 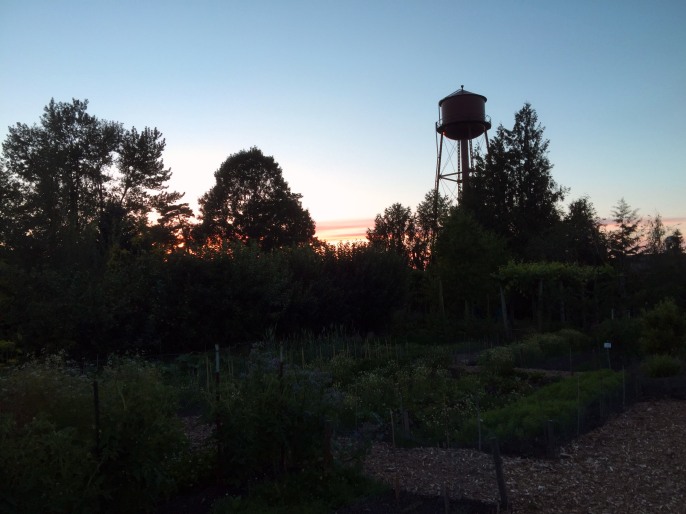 It was nice and relaxing day to celebrate our anniversary. There were several weddings that were happening on the estate that same evening. It gave us pause to reflect on the our 22 years together and the similar adventures that await those young couples.

Somehow during the day we had made reservations for a morning tee time at the chip & putt golf course. We rousted the girls out of bed and headed to the course. Morgayne had never held a golf club before and Clara had only hit at a driving range. Both were surprising naturals and held their own against Tawny and I (who are a couple of hacks). My only redeeming moment of triumph was an impressive birdy on hole 4 of the East course on a 30 foot chip onto the green that luckily rolled into the cup. 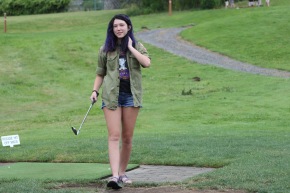 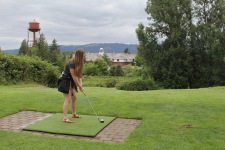 Walla Walla is only an hour from Pendleton. We had preselected a few wineries to go to (there are hundreds to choose from) but hoped the few we had selected wouldn’t entirely bore the girls.
The first was Amavi which we had selected randomly for the view. We knew nothing of their wines but really enjoyed their Syrah and Cab and bought a few bottles. 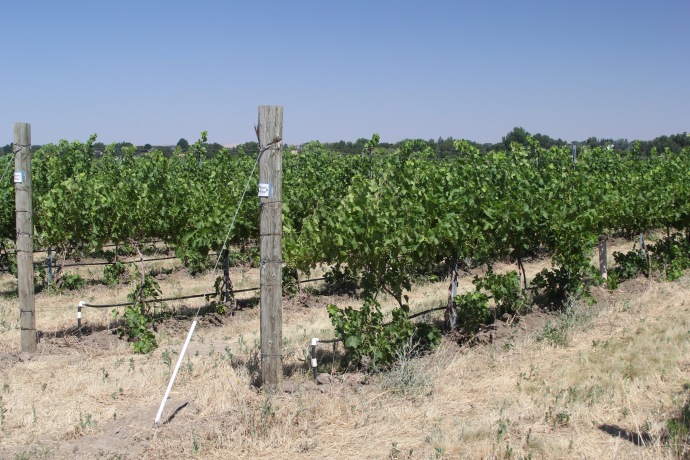 The second was Sleight of Hand Cellars which we had chosen for its vinyl collection…thinking the girls could choose albums to play while we were there, and they did (Clara played The Head and the Heart). As well as their alternative/rock aesthetic as they profess to be “Punk Rock Wines for Punk Rock Minds”. 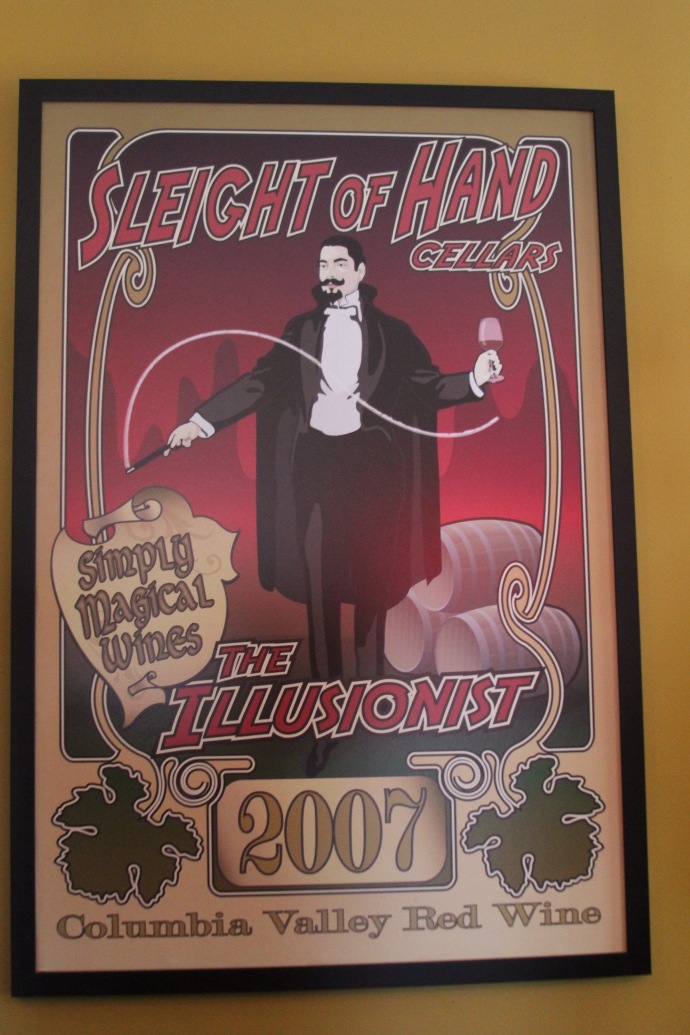 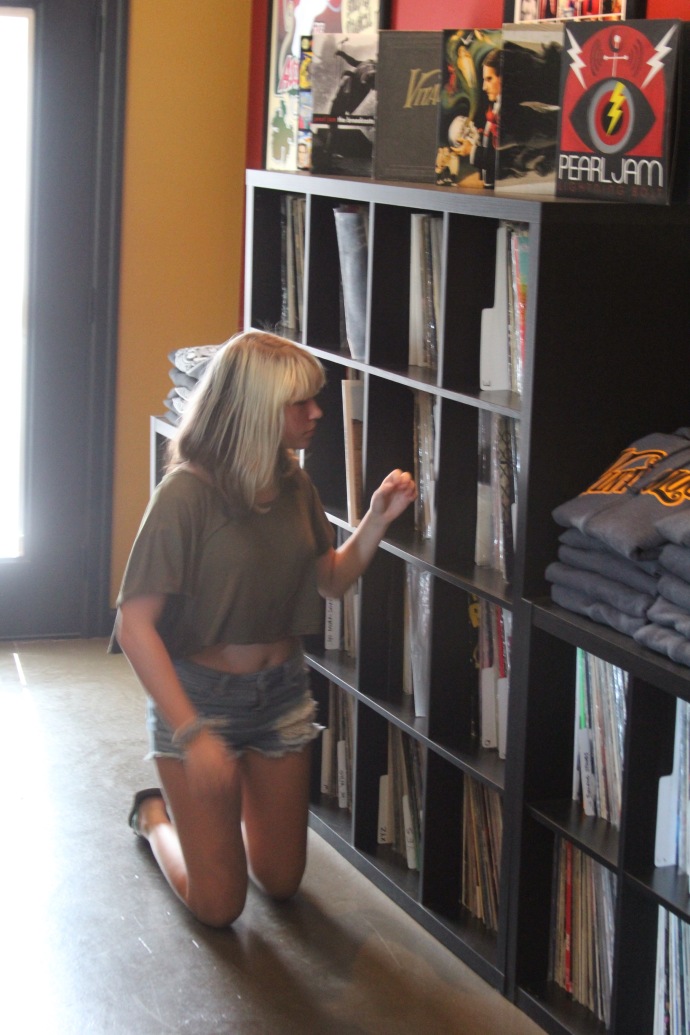 We really enjoyed their wines, as well as their graphic labels and clever t-shirts (which we bought a few of – as well as a few bottles of wine).

Last, on the way out of town was L’ecole #41 which is a winery we’ve enjoyed for years but never had an opportunity to visit. These are great wines although these small winemakers of Amavi and Sleight of Hand can certainly hold their own against them. 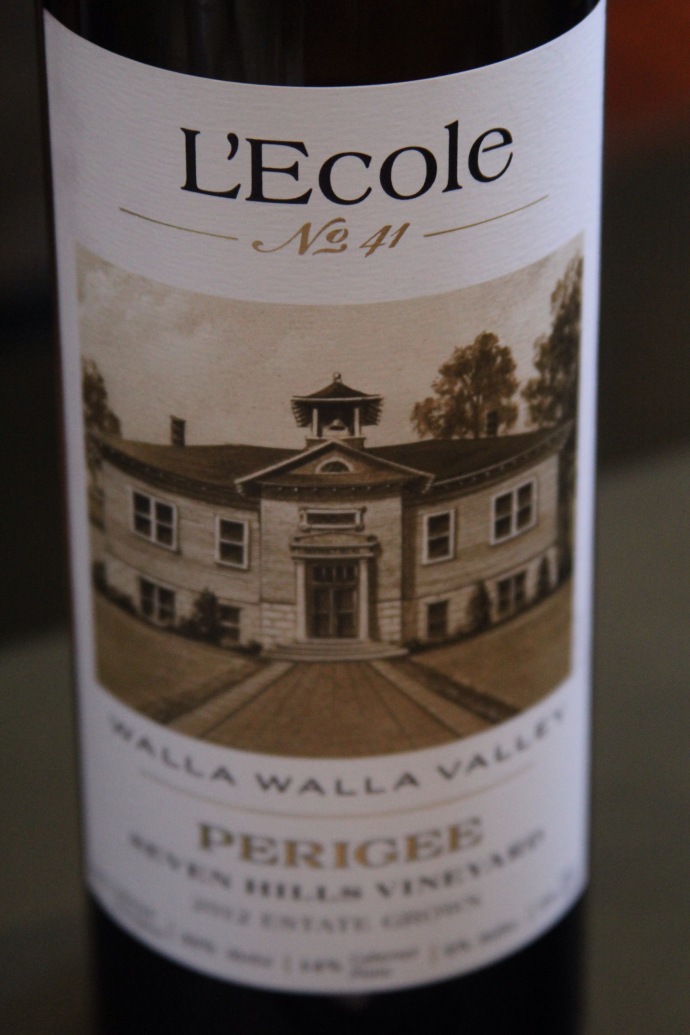 For lunch we stopped in Walla Walla at a little place called Cugini Italian Import Foods based on the Yelp reviews we saw on it: 4.5 stars with hundreds of reviews. We had to check it out. We never would have found this place (located in a rural residential neighborhood) on our own. Nor would we have been likely to randomly pull in on our own as the exterior isn’t necessarily enticing. But the food (very slowly prepared – our lunch took 90 minutes) was as Clara put it “It tastes like Italy”. Tawny’s burrata with house salami and eggplant tapenade was moan inducing. My “Godfather” panini with soppressata was worth killing for. A cucumber and tomato salad tossed in their homemade pesto accompanied it. And each sandwich came with complementary spumoni afterwards. 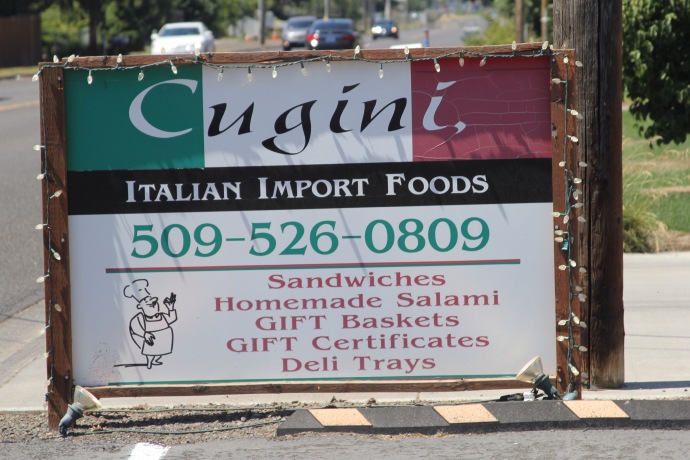 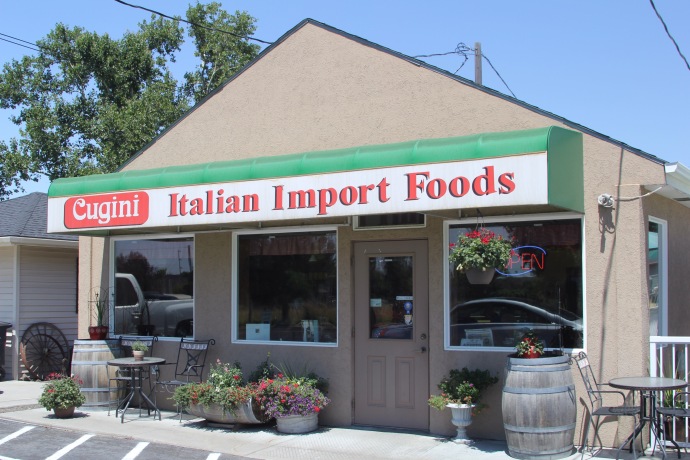 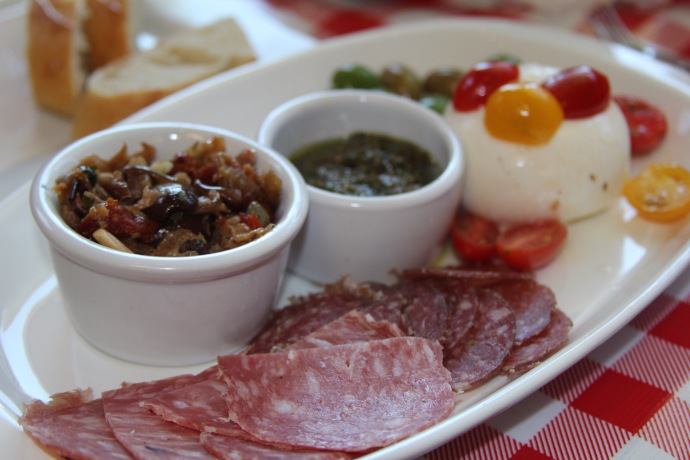 With our bellies full we drove on towards to meet our long time friend (and Clara’s Fairy Godmother) Julie in Prosser where her brother Jimmy is working at the Zirkle Fruit Company. He is currently processing and packing cherries and invited us to a tour of the packing plant. It was really fascinating to see all the engineering and care that is taken to get cherries from tree to table. 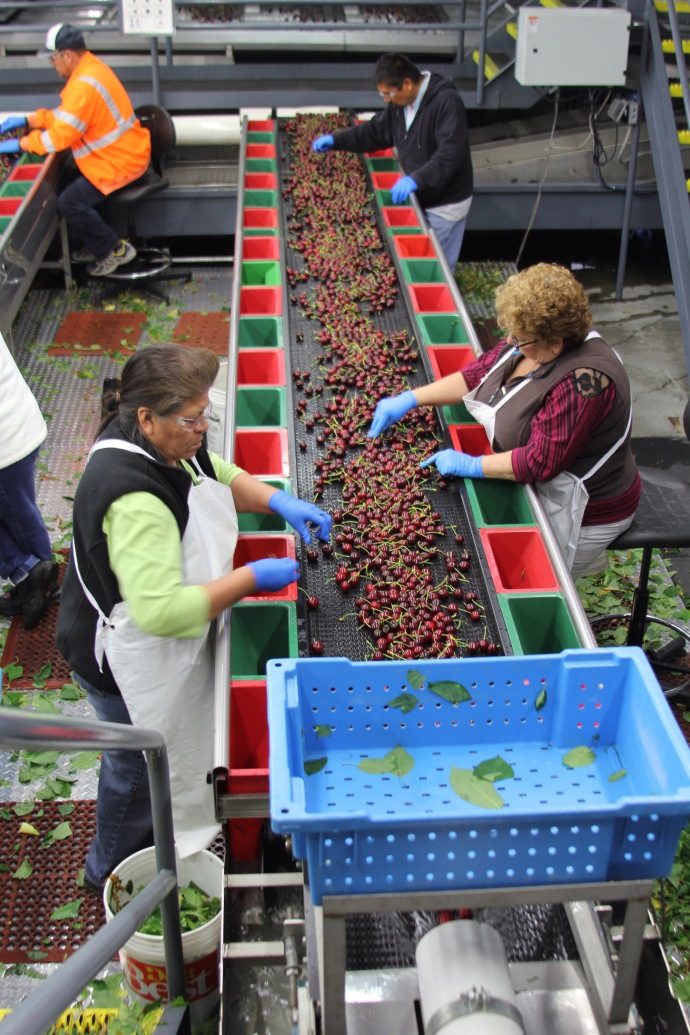 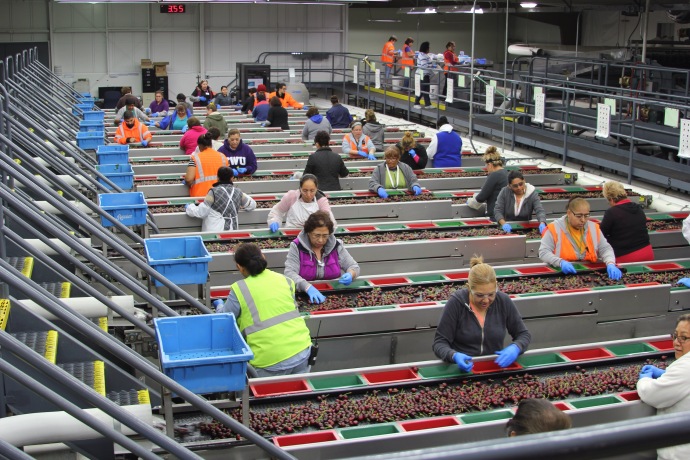 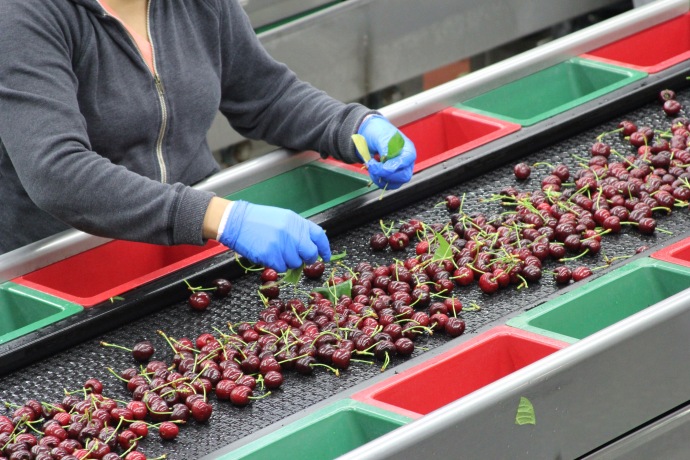 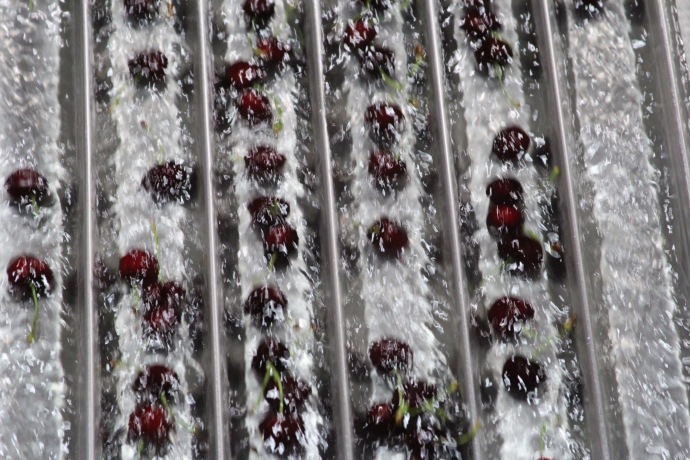 I was surprised how many quality control stations there are repeatedly checking the size, firmness, and color of the cherries. These are premium cherries most of which are headed to markets in Korea, Australia, and Japan. 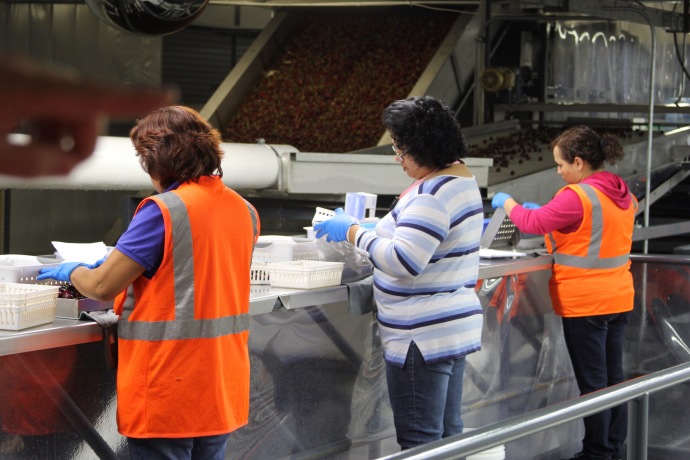 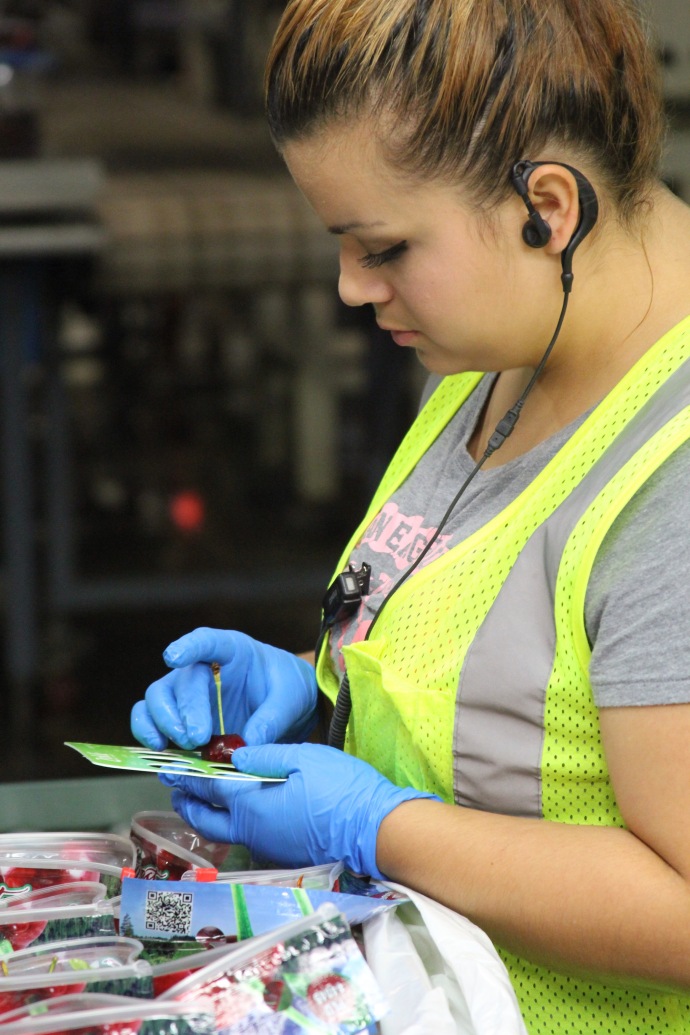 We gladly left Willits KOA by 9am and headed south on 101 towards Big Sur. We thought perhaps if we made good time we’d could stop by the Winchester House of Mystery or the Monterey Bay Aquarium. But just after getting gas in Ukaiah we took a wrong turn, headed the wrong direction, got stuck on a back road where we couldn’t turn around. So all bet for the day were off. I dropped a few dozen F-Bombs as I tried to turn us around and we ate into our early leave for the day.

One we got ourselves headed in the right direction we settled into the familiar groove of the road trip. Tawny and I ooing and awing over the beautiful landscape while Clara and Cody where heads down in an iPhone or iPad.

Tawny spotted the Francis Ford Coppola Winery out the window as we passed on 101. We missed the exit but took the next and doubled back to visit the winery, knowing we’d see some great movie memorabilia. We weren’t disappointed. A beautiful estate, ample parking for the r-pod, some very tasty wines and some iconic treasures from some of America’s greatest films such as The Godfather and Apocalypse Now, as well as some of Sofia Coppola’s films. Thanks to Clara for taking the photos while I was wine tasting. 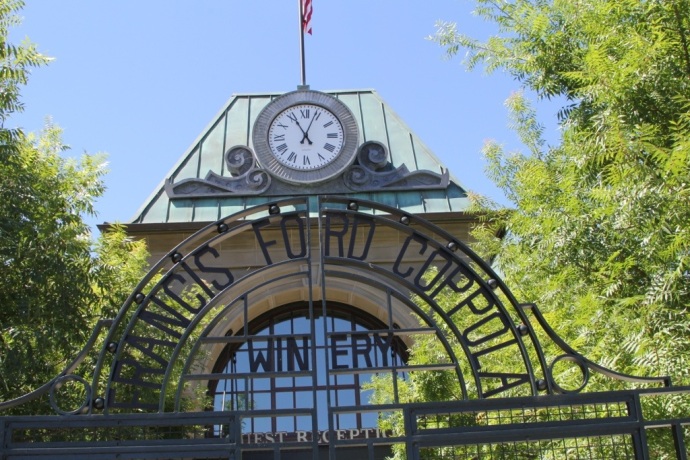 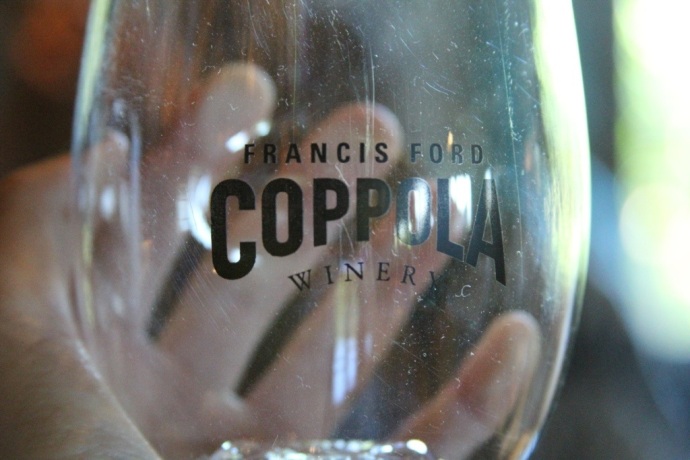 <
Next we headed down 101 through Oakland and San Jose (coming within a mile or two of the Adobe Headquarters. I contemplated stopping to say hello to some colleagues and introduce my family…but sabbatical is about escaping work…so I thought better of it and headed on to Gilroy where we provisioned.

We headed on to Monterey but decided not to stop so we could get to our site in Big Sur. Gilroy was 91 degrees, and when we hit Monterey and Carmel it was only 62 and foggy. We headed down the spectacular coastline, with some white-knuckle-cliff-dangling-one-lane-under-construction roads and made our way to the quaintest and cutest little riverside camping and RV park (Riverside Campsite, Big Sur) in Big Sur ever. I love this place. Friendly people, babbling brook, little store, quintessential hippie town nearby, beautiful surroundings. Amazing time. We had great appetizers with a Francis Ford Coppola Claret with a great garlic and pepper flank steak before making enough S'mores to make one sick. A day that started with F-Bombs, ended with new F-Bombs – of Fabulous Day. 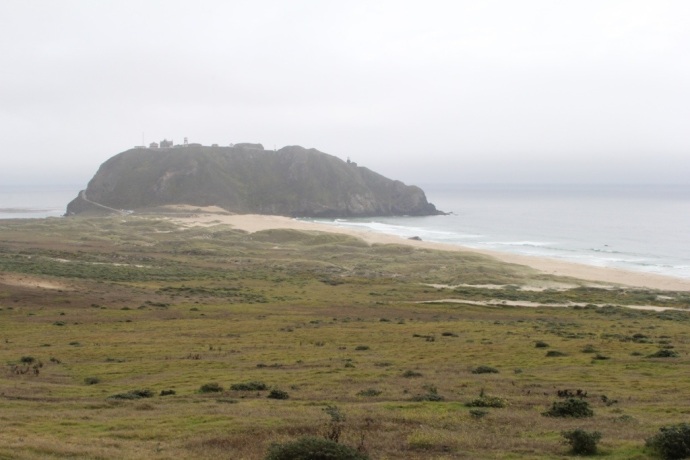 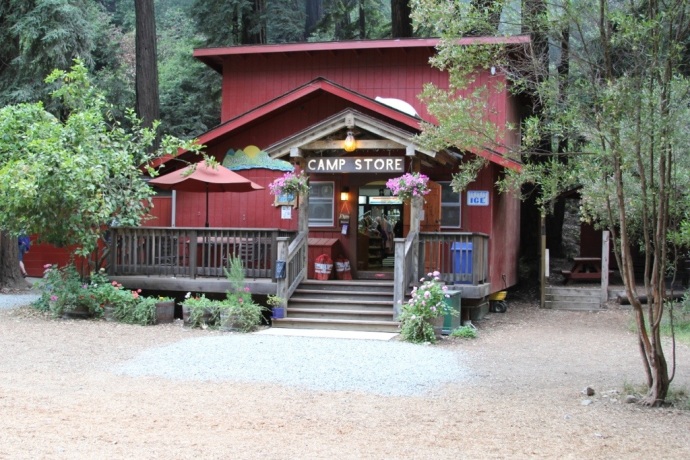 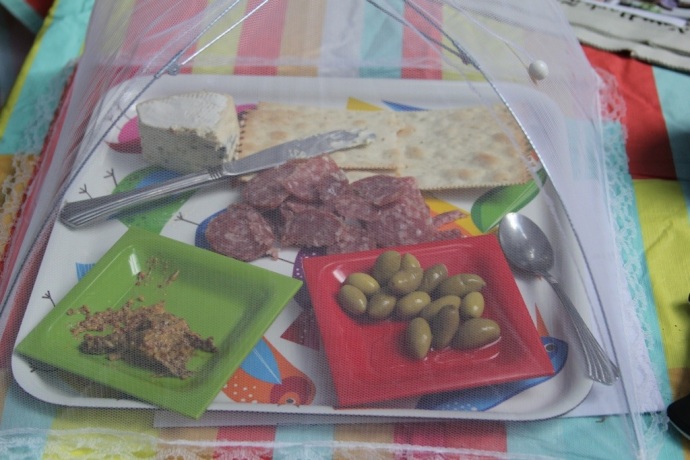