We saw this boat on our way to the Skiathos graveyard and super quaint neighborhood. On our way back we saw this guy working to try and get it back into the water. He recruited Tom and I to lend him a hand. 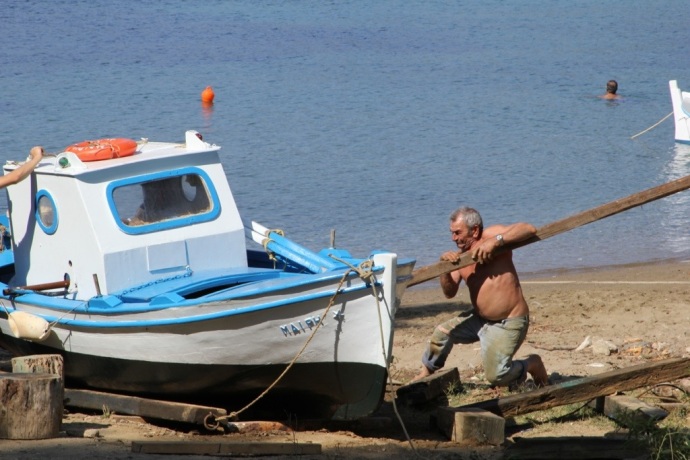 The boat was unfathomably heavy with a cast iron engine dead center of the boat. They had greased skids and half a dozen men helping push it across them (and another dozen supervising).

We struggled to get it down the skids. It would slide off the skids and the prop and rudder would get stuck in the sand. They’d dig it out. Leverage it up. Slide in new skids and bark out orders in Greek to lift, push, haul, etc., punctuated by the occasional “Opa!” when it fell off the skid.

Eventually we did get it in the water and contemplated staying in the bay long enough to possibly get some fish from the fisherman later that day. But we moved on to Tsoungria Island just southwest of Skiathos. 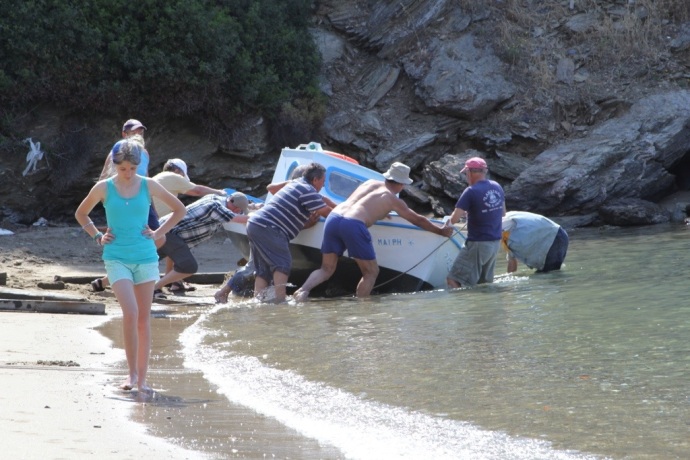