Monday morning we pulled anchor on Panormous and headed down the southwest side of Skopelos island toward Skopelos town.

We saw dolphins as soon as we pulled out of the harbor. 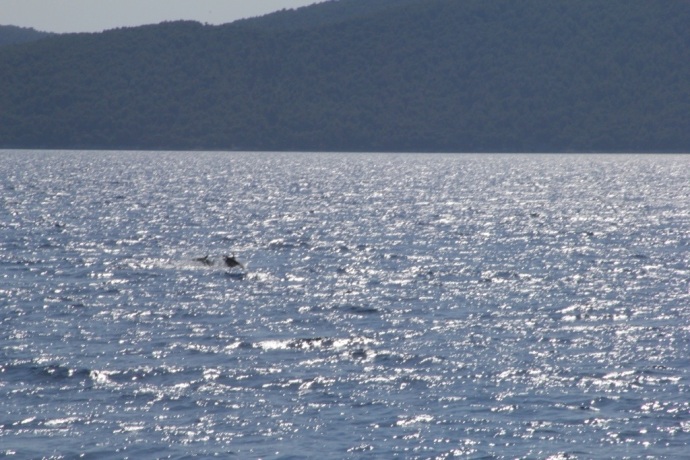 The island is riddled with caves, in which many artifacts dating back to the early Minoans have been found. They conjure images of early mythical times. 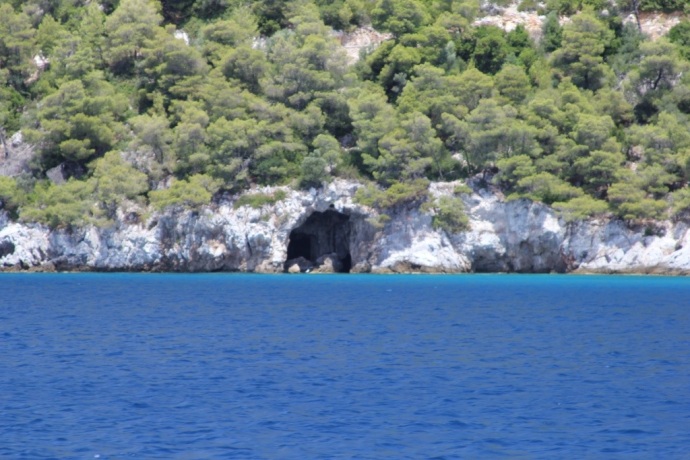 We took a quick break for a swim at picturesque and secluded Limnonari Beach where you could sit in a hammock hung from an olive tree. 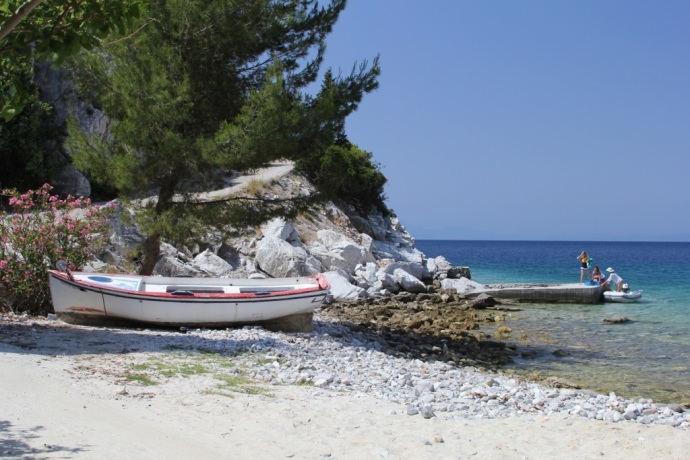 We pulled around the dramatic southern cape of Skopelos island and headed towards the harbor of Skopelos town. Skopelos town is about as picturesque as it gets, with 120 small churches and whitewashed homes with red tile roofs.

This was our first Mediterranean style moorage (where you drop anchor and back in between other boats and drop a gangway to the dock off the stern). Mooring this way was easier than expected, but others didn’t fare so well, with dragged anchors, crossing anchor chains with other boats, mooring to close (so when ferry traffic came in the wake caused the masts to cross, hit, and damage each-other). Gale force winds came up in the afternoon and started many of the boats to scramble, with several boats careening into each-other. Jim, Carol and Tom had to move their boat. The boat next to us had to move as well as he dragged anchor in the wind and smashed into the sailboat next to him. Several boats (not in our group) were damaged. The wind continued to build through the night and it was a maelstrom of lightning and high winds all night. Not a restful nights sleep as we had to periodically check the lines and readjust the bumpers to keep our moorage from cutting loose overnight. 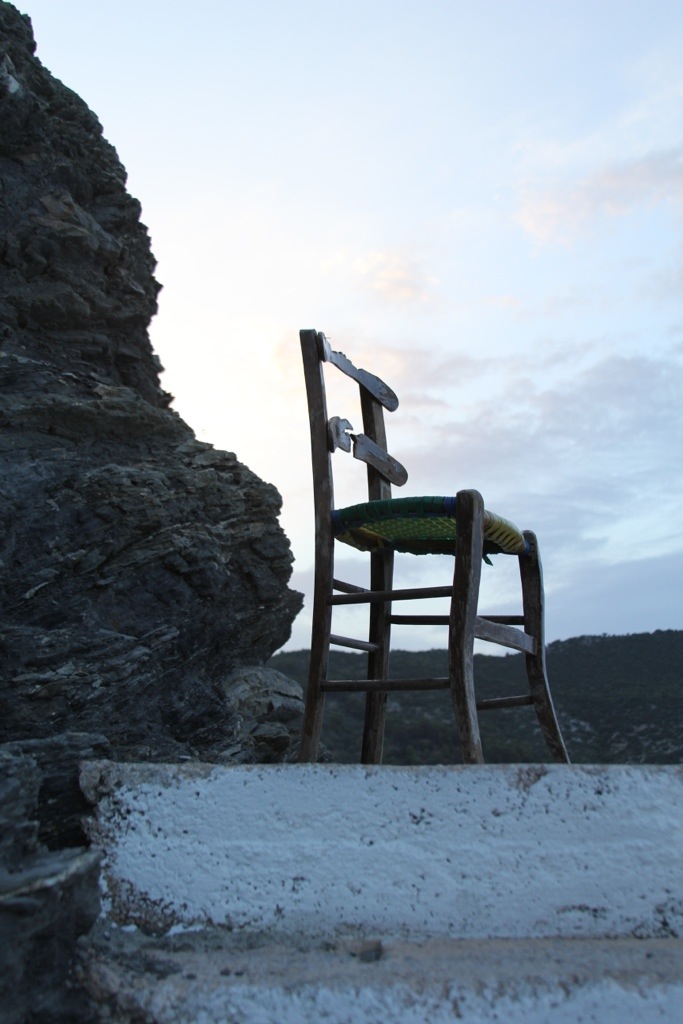 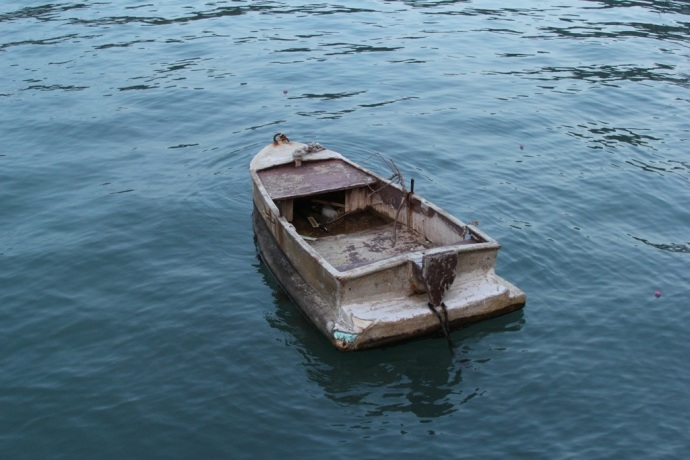