Tuesday evening we tried to get into the port of Patiriri on the island of Alonnisos but the port was very full so we had to go to the fisherman’s bay northeast of the main town. Although Barry and Judy were able to find a berth in Patiriri on the quay. The fisherman’s bay turned out to be a very protected bay called Votsi that we liked so much we decided to stay in for 2 nights.

We nestled in between small fishing boats and settled in for happy hour. 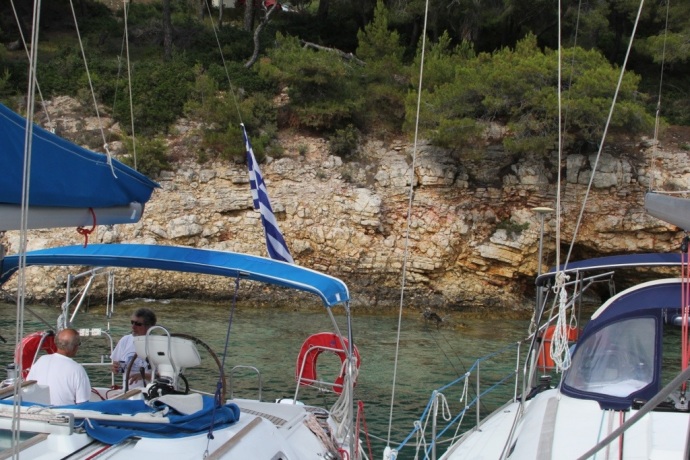 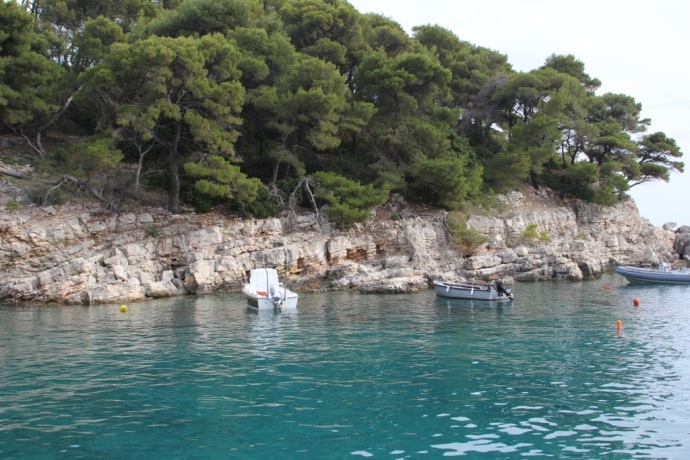 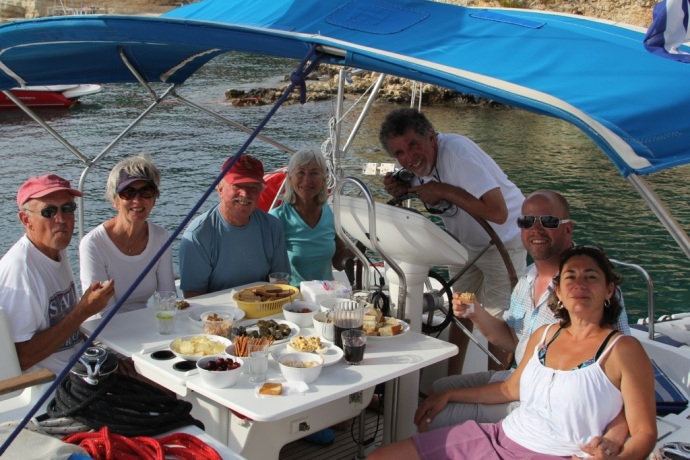 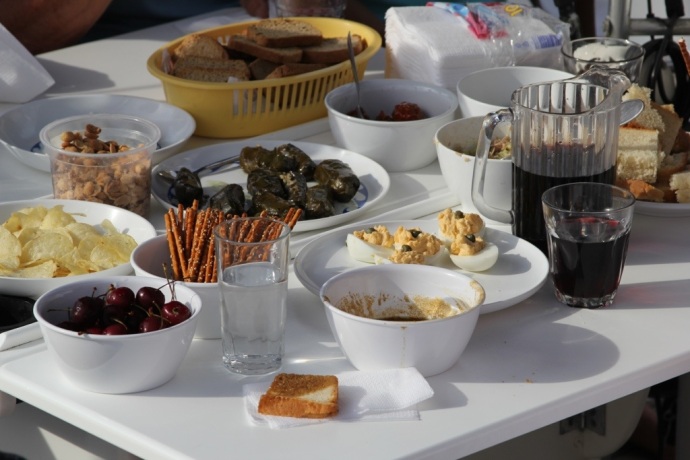 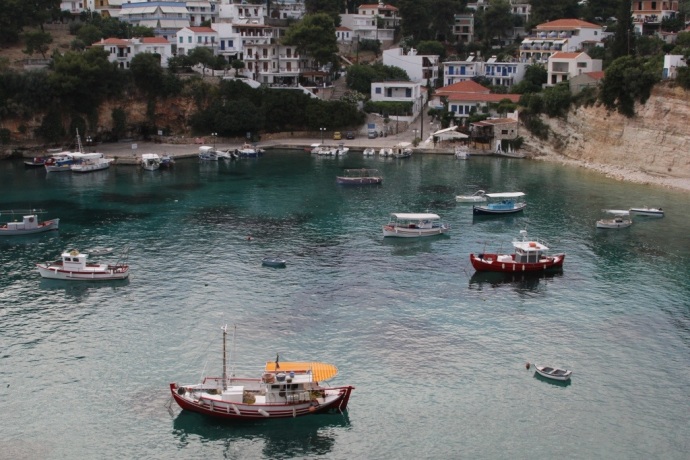 During our happy hour a man appeared on the cliff above where we were anchored and hailed us. He motioned to his mouth and pointed behind him. We assumed he may have a food truck or something in the parking area above the cliff from what we could see.

We went ashore (about 10 feet in a dingy) and clambered up the path the fishermen had made along the cliff wall. When we got to the top we saw not a food truck but a brand new restaurant – empty. We were early in the season and we were the only tourists staying in Votsi, so we decided we’d eat there for the night. One of the best meals we had in Greece to date! It was fantastic! Literally a mom and pop restaurant as the only two people there. Very new (kitchen looked like it never had a meal cooked in it, bathroom was perhaps the cleanest bathroom I’ve ever seen!) 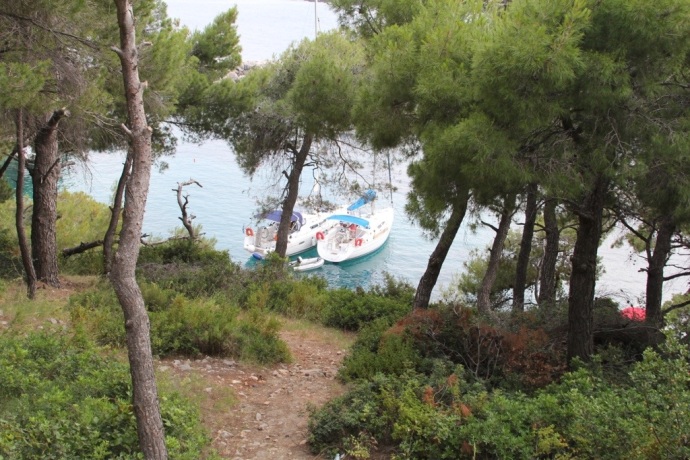 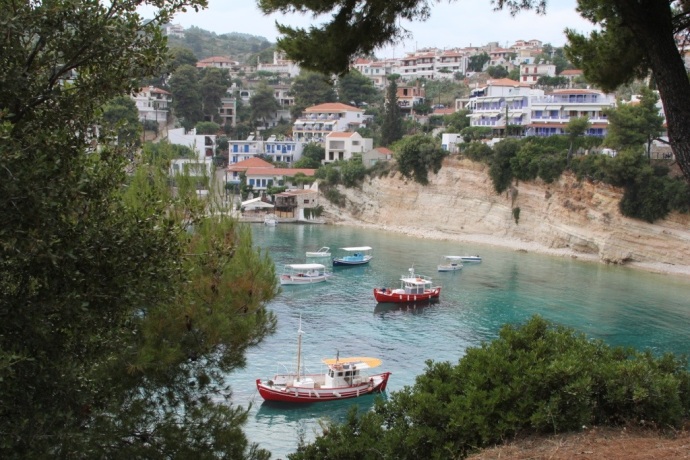 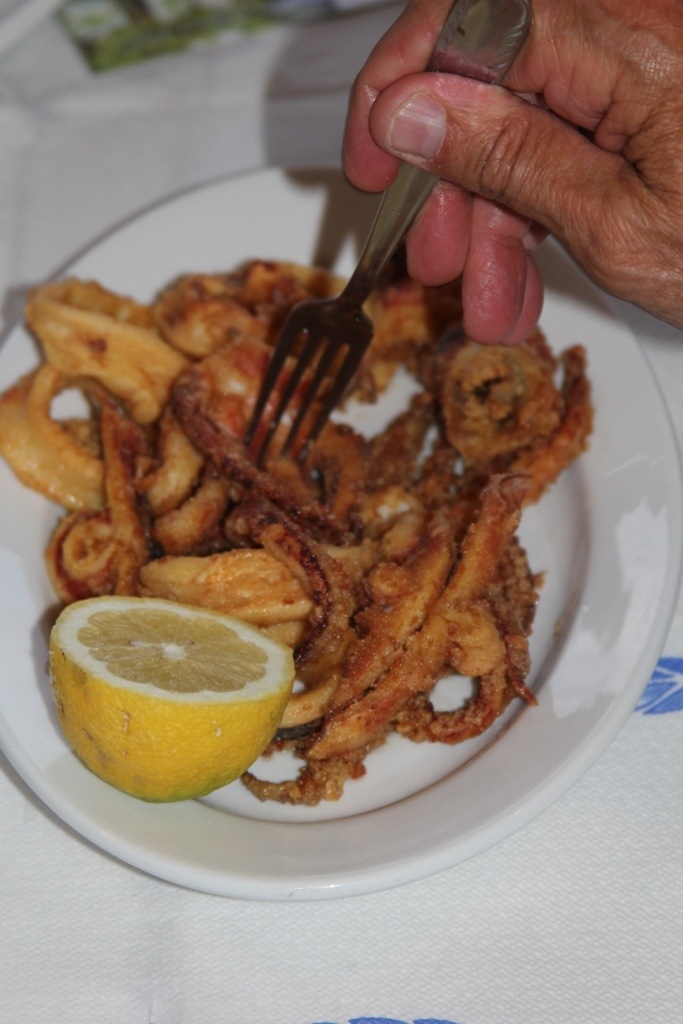 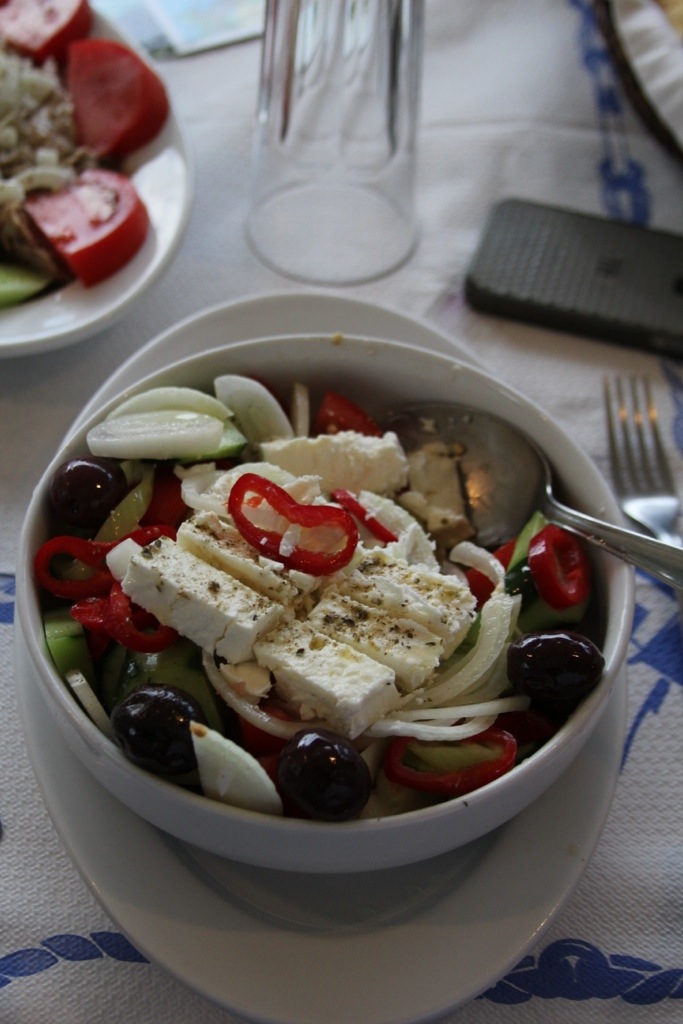 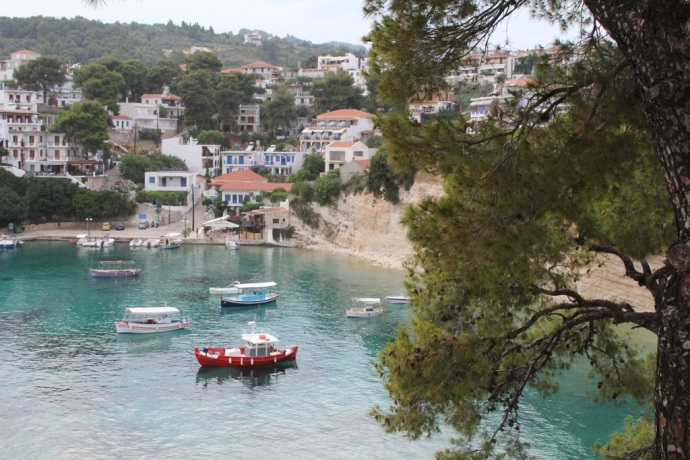 It was a great meal and we settled back onto the boats with some difficulty even with a 10 foot water crossing late at night and in the dark.
The wind kicked up and there was considerably thunder and lightning again which provided another wild night of anchor watch started about 4am as the rafted boats began to drag. We came very close to the shore and to another fishing boat but were able to tighten the stern ties to the shore and set the anchor to keep the drift to a minimum.