When I was around 13 years old my mother and her friend Ingrid took me to France and Paris to visit our exchange student Eric. My most memorable experience was walking amongst the gargoyles of the towers of Notre Dame.

We tried 3 times to visit the towers but the lines were so long during the day we didn’t want to wait in them. However, on our last day in Paris I woke my family up early and eased the early rise with an offering of a cafe au lait for Tawny, a chocolat chaud for Clara, and croissants for us all. We headed down through the Left Bank to queue up, thinking we were late. Although, when were arrived there were only a few people there. We were a bit confused. Apparently the towers opened at 10am. It was 9. 😦 We waited in line, only 4-5 people back from the front. Great position! However, it was cold and we had only packed for Greece, so we were cold too. Then the wind started to blow. And then it rained. We were drenched by the time the doors opened at 10 and we made our way up the towers. The only condolence seeing how the gargoyles work as rain spouts they were designed for.

The towers of Notre Dame (celebrating its 850 year anniversary) have always held fascination for me. From that first experience I was entranced by the gothic architecture, the tormented gargoyles adorning the turrets, the ornate embellishments with their symbolism and hidden meanings.

And the view of Paris…spectacular. As we walked out on the towers the skies parted and the sun shone through. A glimmer of hope for the tortured souls eternally trapped in a gothic purgatory spewing water from the ramparts of Notre Dame. 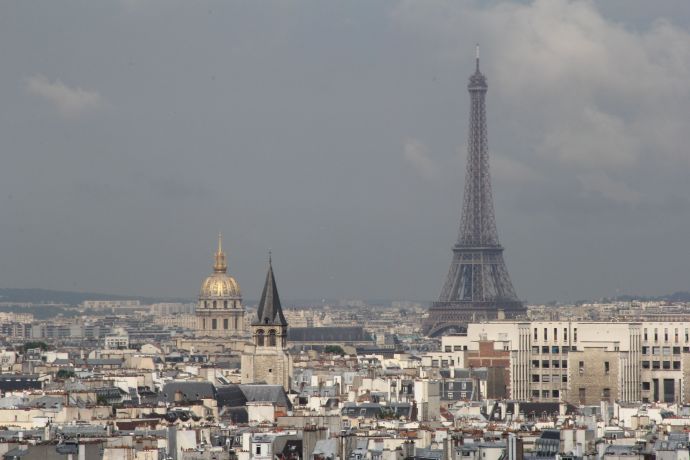 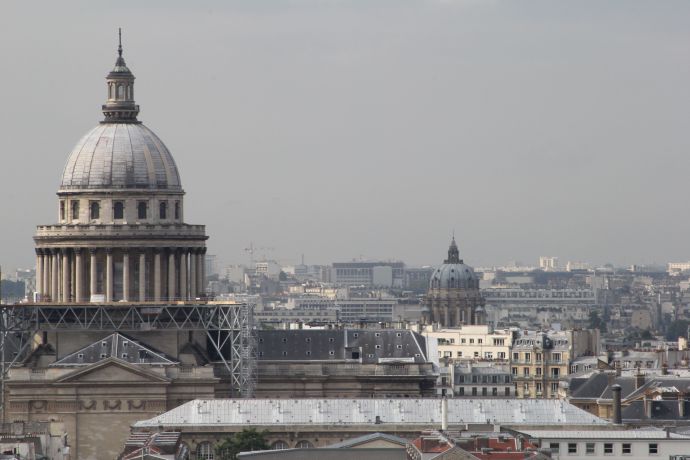 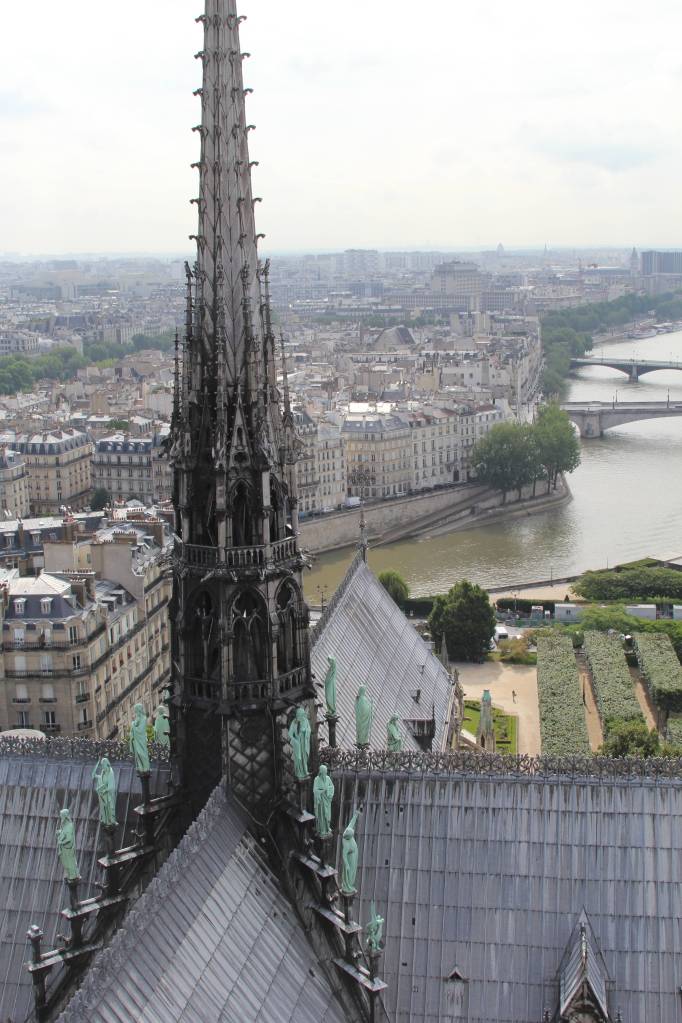 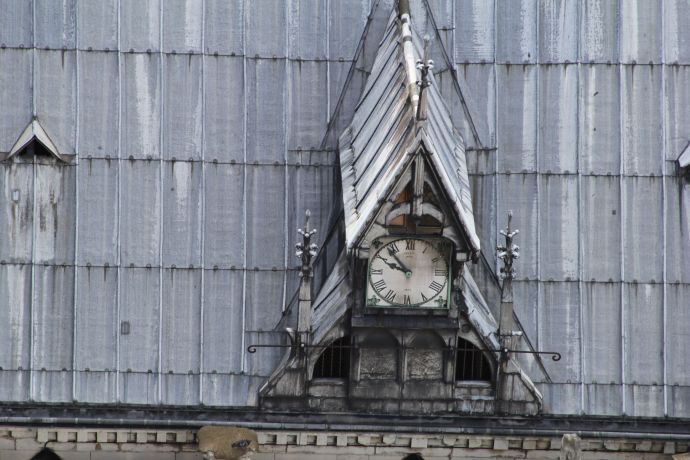 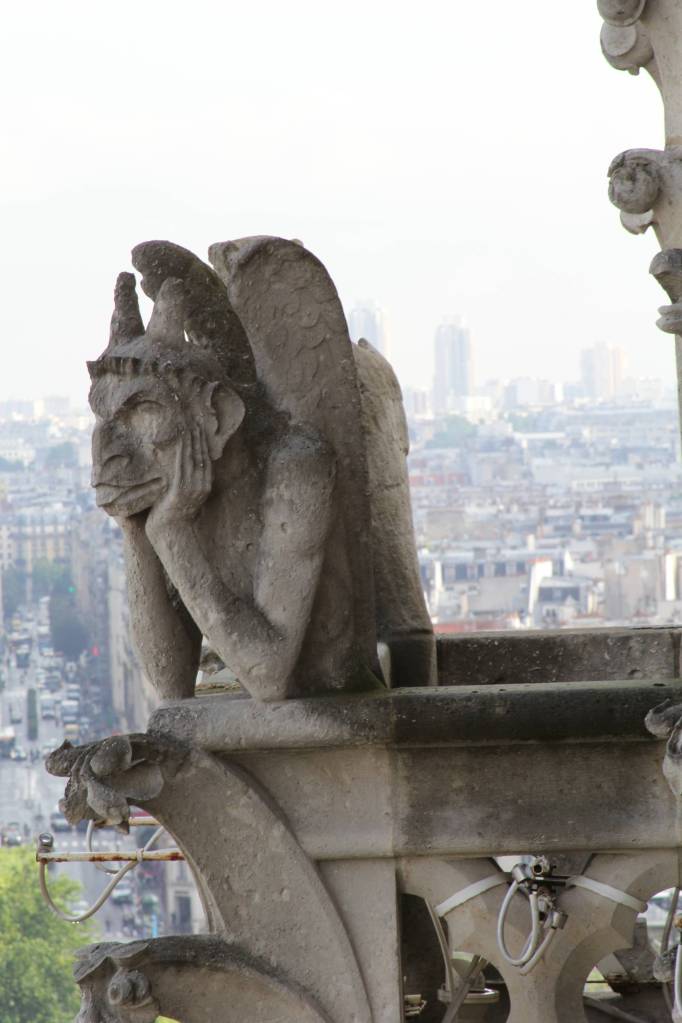 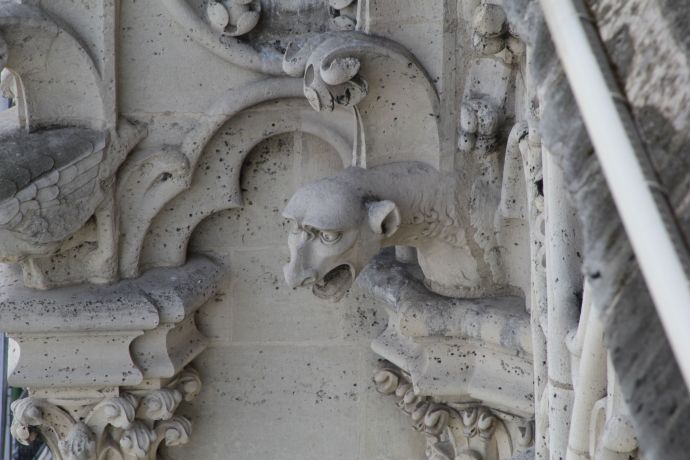 One thought on “Gargoyles of Notre Dame”