We started our day with a broken silverware drawer and leaky sink (leaking into the silverware drawer). We tried to call an RV repair person but they were booked until Saturday. Not wanted to waste our one full day in the Black Hills of South Dakota we decided to deal with it later and start our day by driving to The Needles of Custer State Park. How could I not know of this place. Nestled in the Black Hills its one of the most beautiful drives I’ve ever been on. Granite spires, narrow roads, mini-tunnels, one lane roads, expansive vistas. It was beautiful and stunning and very curvy. 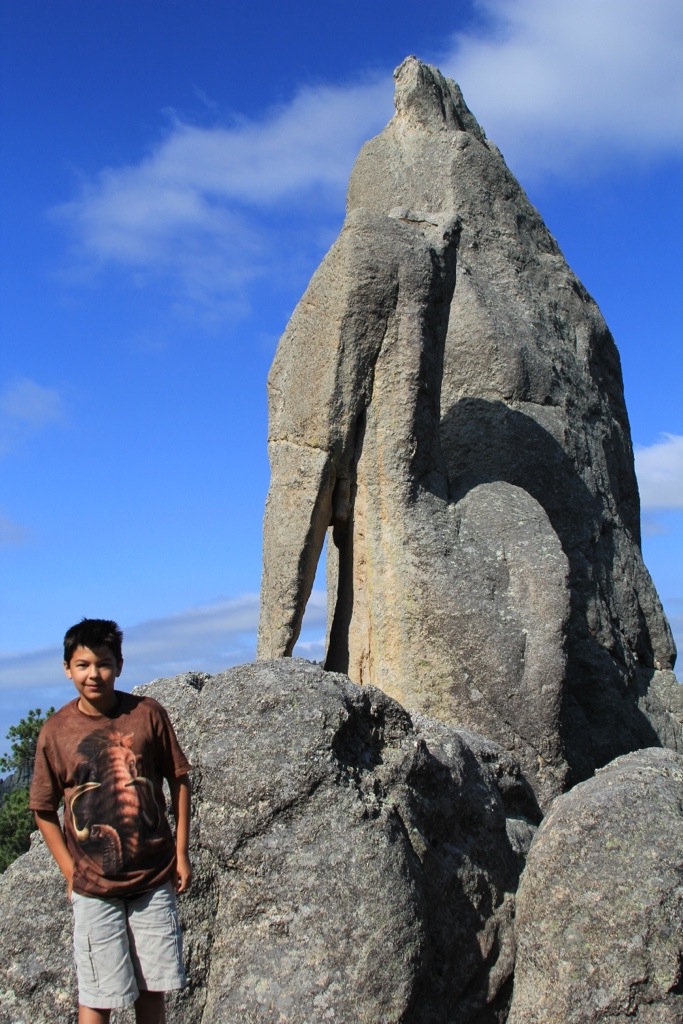 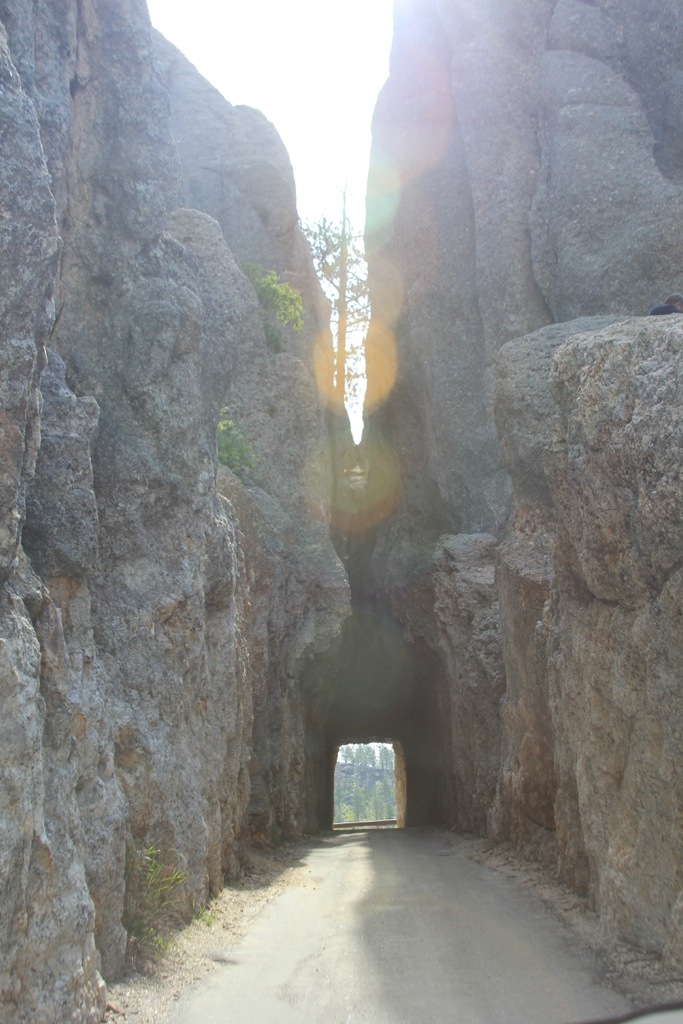 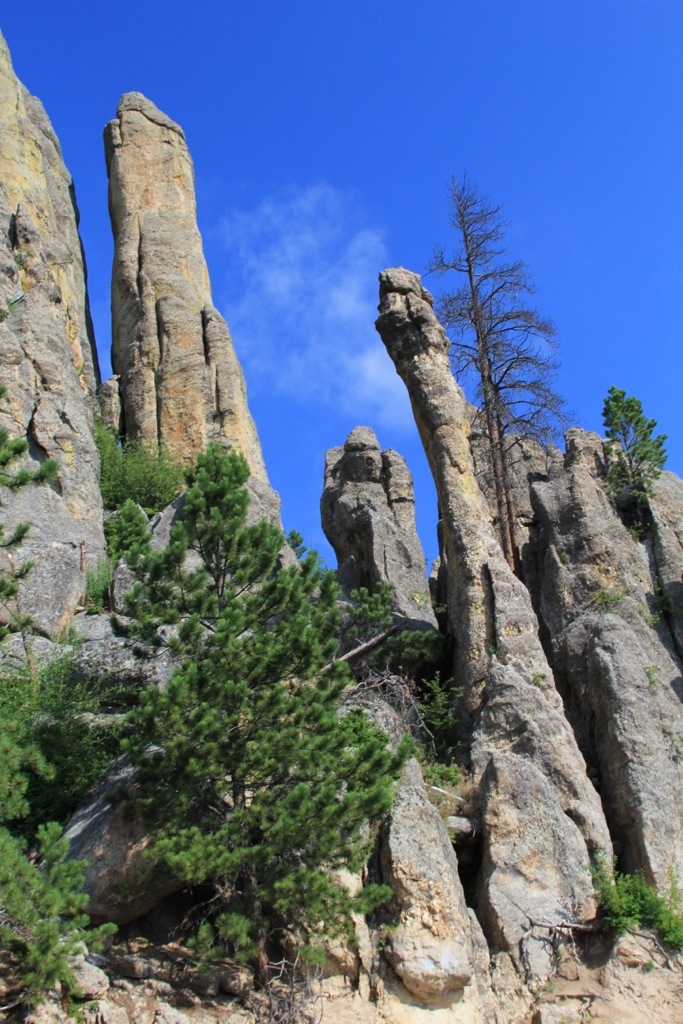 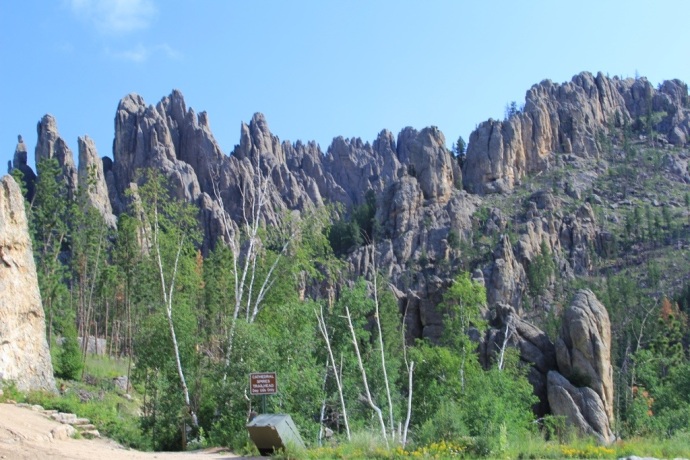 After the Needles Highway we stared up the Iron Mountain Highway which was similar with narrow roads, one lane bridges, tunnels, and pig tail loops. Through the last one you can see the first glimpse of Mt Rushmore in the distance. 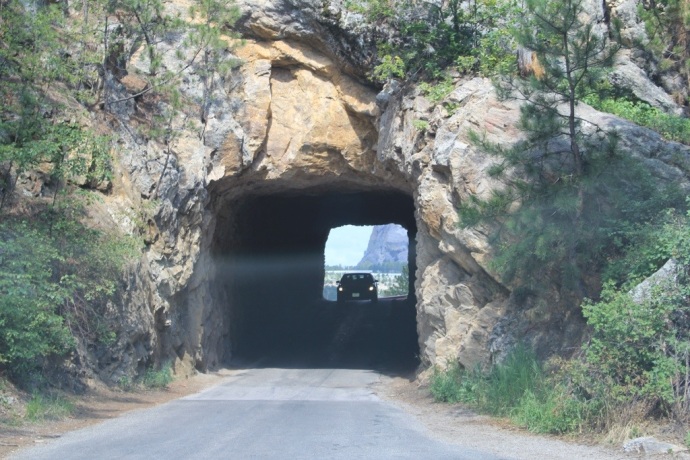 We drove on to Mt Rushmore amidst the hoards of patriotic Americans that made this seem more a pilgrimage to Mecca than a National Monument. I was skeptical about these carved white guys. But I have to say the did a very nice job managing the untamed hoards, and the sculptures are extremely well done. The vistas are thoughtful as is the presidential walking trails closer to the monument. It was actually very well done and impressive.

After Mt Rushmore we went on to Crazy Horse. We’d heard mixed reviews about this place. Its it more about the Native Americans or the Sculptor Korczak Ziolkowski? ? We paid far to much money to get in, but after watching the film, viewing the museum and site and seeing the vision I’m still on the fence if this is a good thing for the Native Americans or not. Apparently the Native community is also divided on the subject. Its not an easy position to take as I can see both sides of the debate. In the end, I’m glad we went so we can make up our own minds about it. 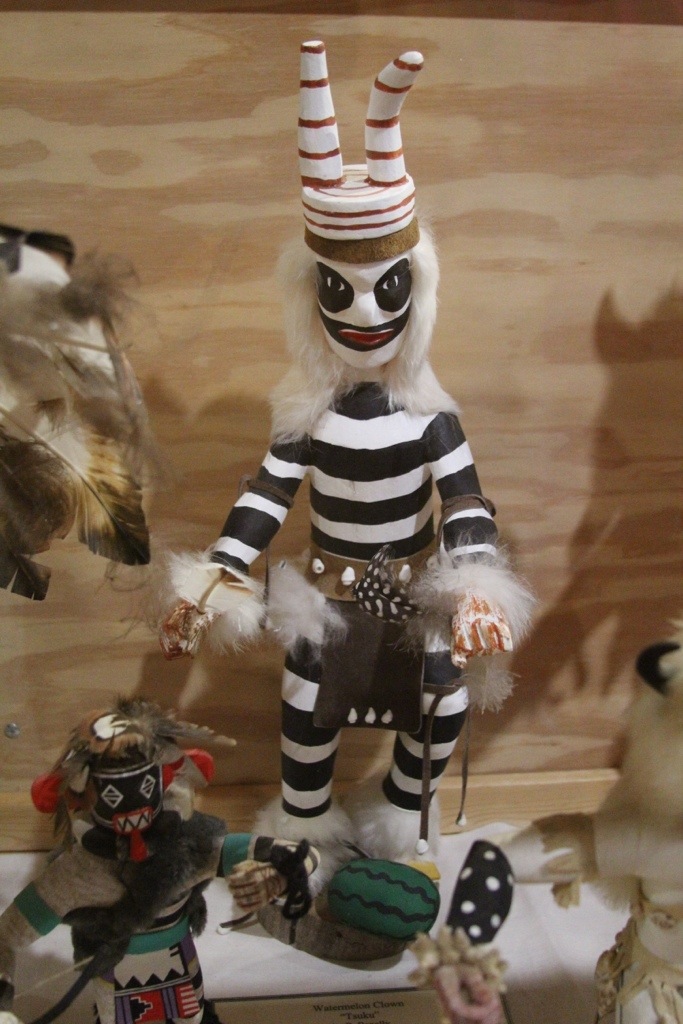 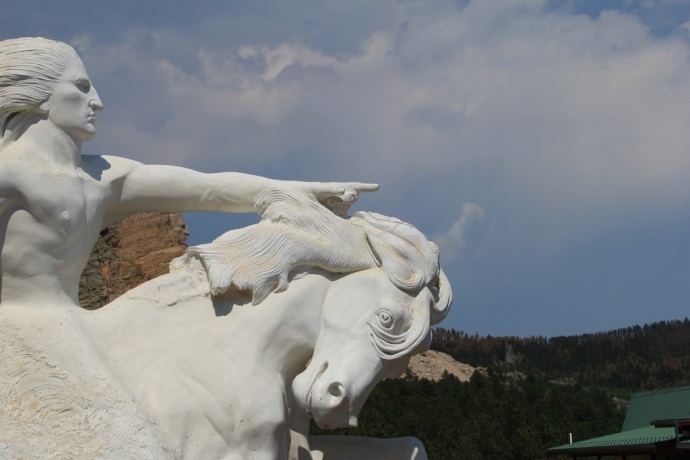 After Crazy Horse we drove to Jewel Cave National Monument. But they had sold out all tour tickets for the day. We wondered how to bide our time as it was 3:45 and driving to another attraction might mean arriving after closing or after tickets had sold out. But we had passed a horse stable a few miles back. We doubled back to the Spirit Horse Escape and asked if they had rides available. They did. So we sent the kids (and Tawny) out for an hour long ride. All the while I had a beer with the owner and talked about the best routes for tomorrow en route to Devil’s Tower and Cody, Wyoming. 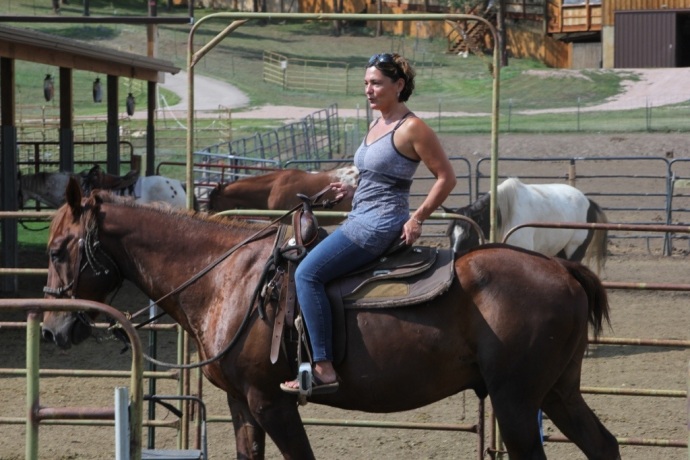 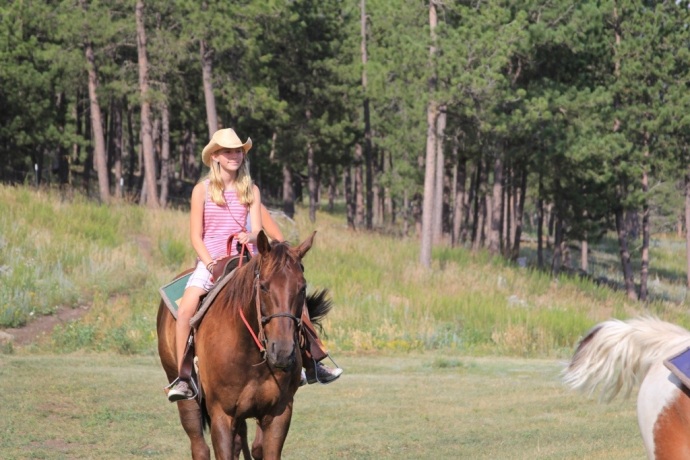