Ever since I first saw Close Encounters of the Third Kind at the age of 8 I’ve wanted to visit Devils Tower. I couldn’t believe such a place could exist. This was main the purpose for our whole road trip. “We should take a road trip for my sabbatical” I said. But where would we go? “Let’s go to Devils Tower. And I’ve never seen Mount Rushmore.” That statement set in motion a series of events that led to today. One slightly used travel trailer and a new car to pull it. Four thousand miles and more than 80 hours of driving on this Great American Road Trip we finally arrived. And it was spiritual.

We made Clara watch Close Encounters a few weeks before we left on this trip and she had an experience similar to mine. “We have to go there”. As we drove across the Black Hills from South Dakota into the Black Hills of Wyoming we discussed the movie and if we were on road they had filmed with dead cows littering the landscape. Ominous road signs stating “If lights are flashing turn back to “X” town” which are meant for winter driving conditions took on new meaning. As we first saw the tower peak up on the horizon as we crested a plateau on the rolling and winding road we took from Sundance, WY we all immediately started singing “Dom dom dom dom dom!”. 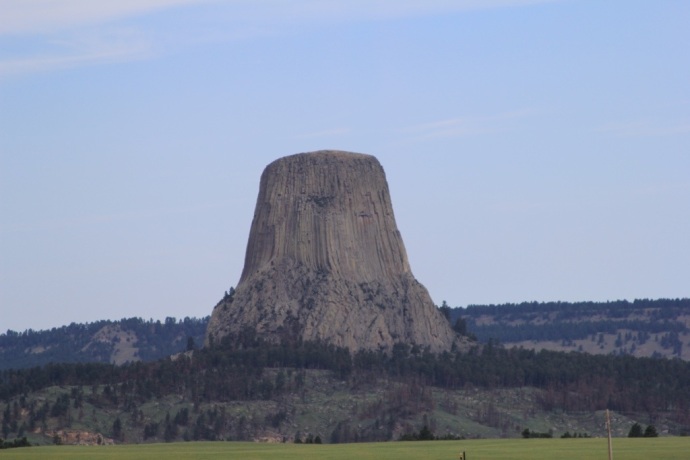 We pulled to a roadside marker to read the story of the tower. The legend behind it is far more interesting and compelling than the scientific hypothesis (there are three of them) about how the structure was formed. The images it conjured in our minds made us want to rush to the tower and get close enough to touch it. 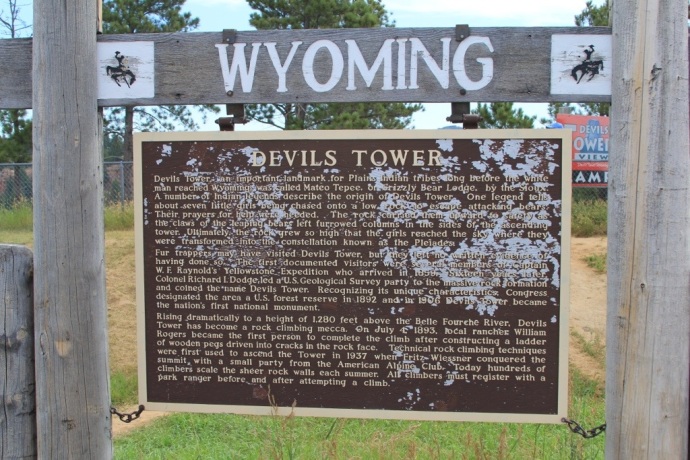 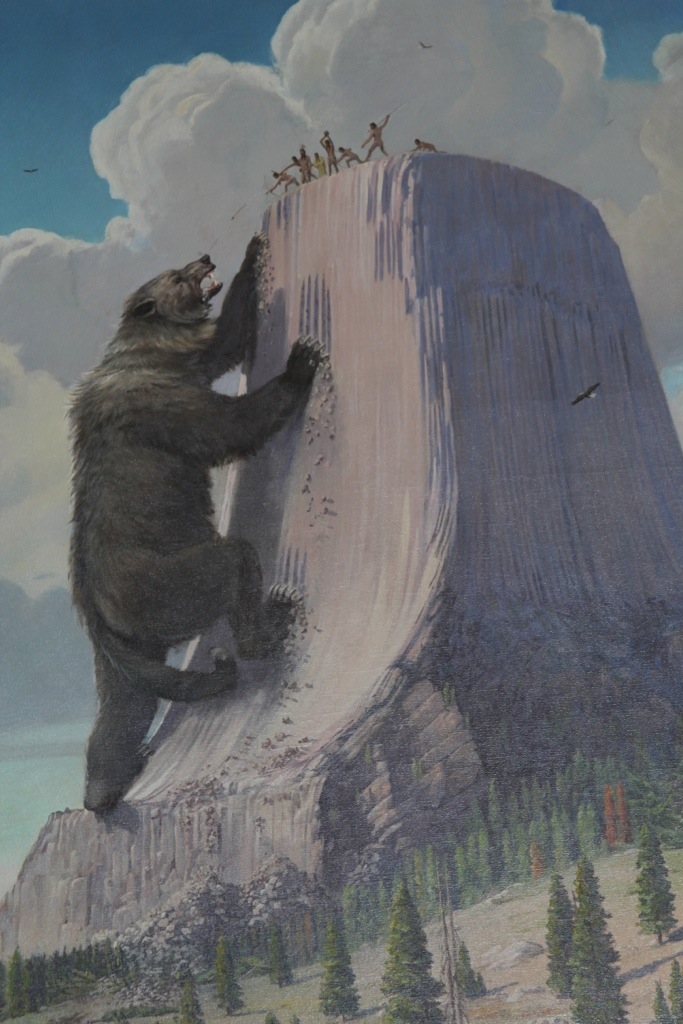 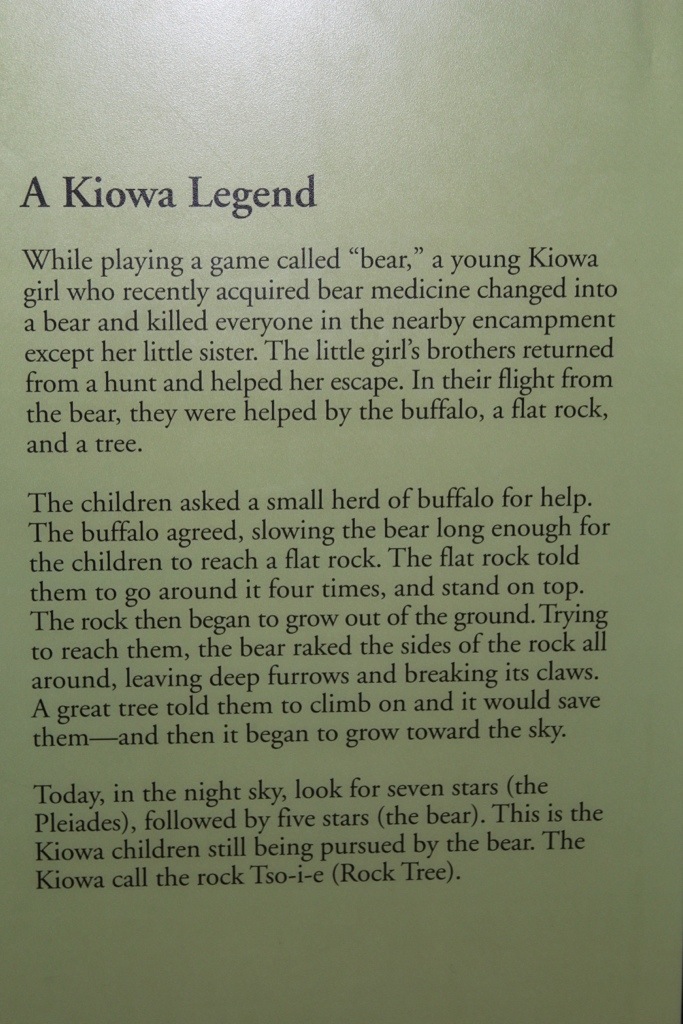 As we approached our nation’s first national monument we passed through a huge field of prairie dogs. We’d seen prairie dogs before, but never this close.

As we started our hike around the base of Devils Tower we encountered several small pieces of cloth in the trees. A sign near the ranger station had indicated that these are prayer cloths and they most not be disturbed as Devils Tower is a sacred site to many Native American peoples.

We walked around the entire tower, each side of it presenting a different perspective of this massive object. Buzzards and hawks soared on the thermals around the tower. The view of the countryside was breathtaking. And the tower…mystical… 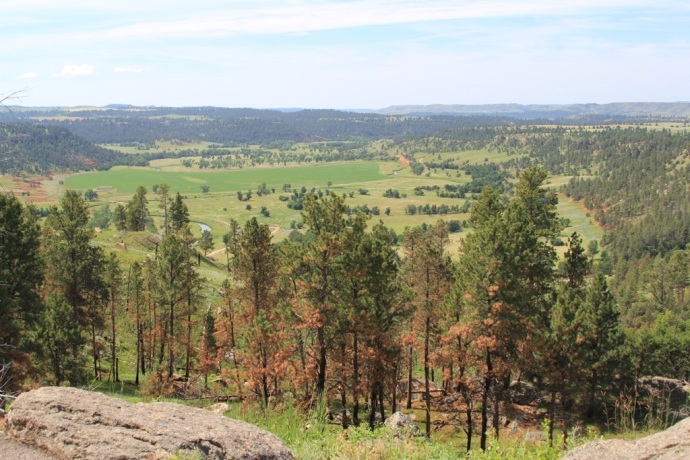 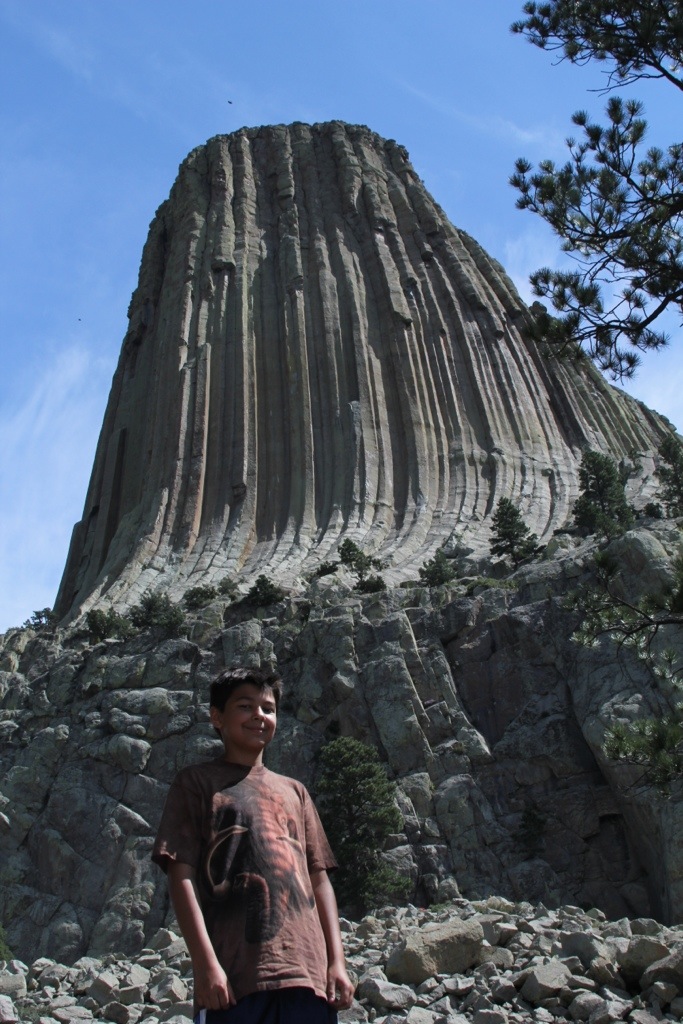 I highly recommend going out of your way to visit here. The experience was both transcendent and transformative. I know I will be back again.