We headed back to Gull Point Drive to a sand spit where we had seen others fishing the night before. The sunrise was beautiful over the Yellowstone River and Yellowstone Lake. We had the place to ourselves. And for good reason…it was cold. And windy. It may be in the 60s and 70s at 7800+ feet during the day, but in the early morning before the sun comes up its cold cold cold. We tried our luck anyway.

We fished a half hour on the point, then went back to where we saw that guy land the large cutthroat the day before and tried there. Still no luck. We tried another half hour near the entrance to Bay Bridge but again no luck. These fish were eating flies on the water and fly fishing was needed, not our spinner-and-spoon lures on casting rods and reels. We called it a day and went to get som coffee and cocoa spotting a white pelican in the early morning light as we returned to camp where Tawny was still asleep. 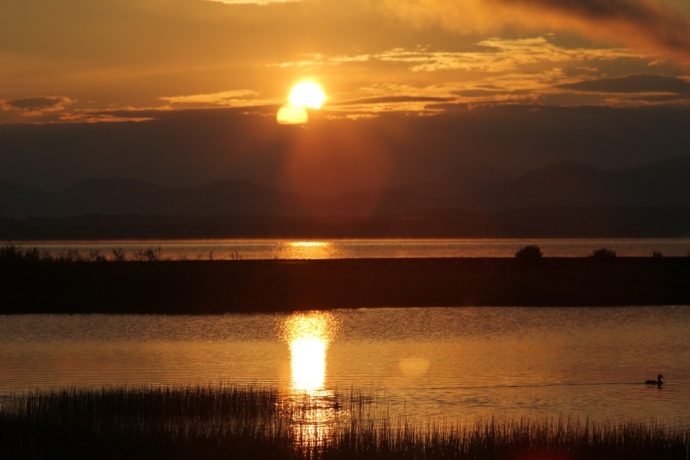 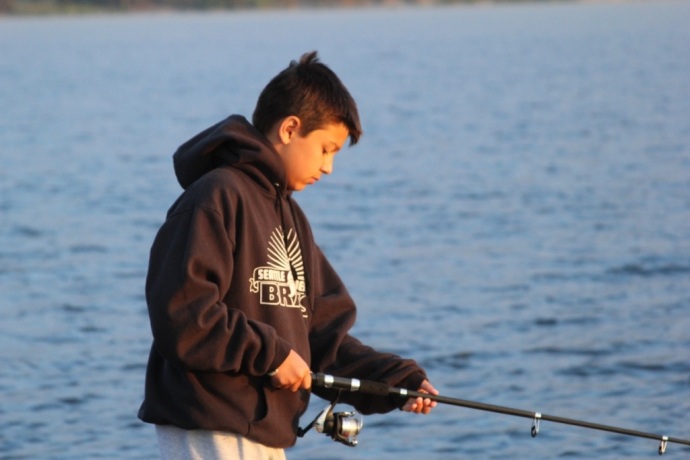 We drove out through the south entrance of Yellowstone to Grand Teton National Park. We stopped at Colter Bay Visitor Center to get oriented to the park and have the kids check off another park in their National Park Passports. Grand Teton is dramatic. We drove through the park transfixed on the peaks rising straight up from the high plains as we made our way to Jackson. 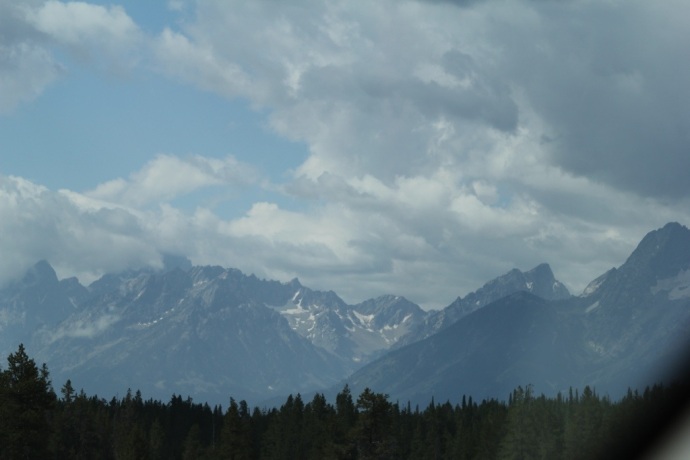 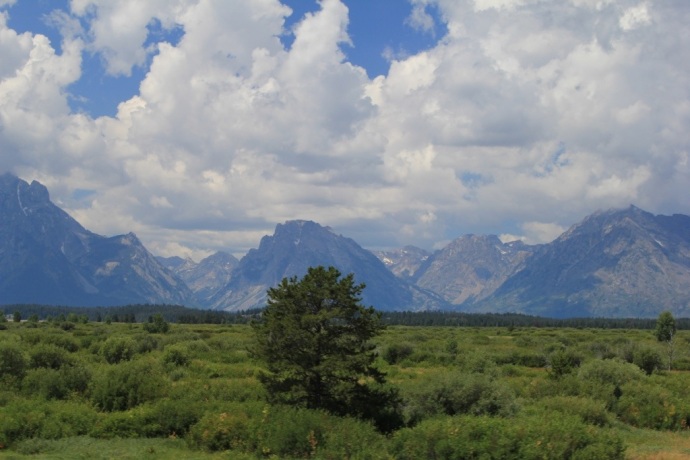 We dropped off the trailer at the campy but nice Virginia Inn Lodge (and Saloon, and RV Park, and Drive Through Liquor Store) which reminded us of the Madonna Inn from the first few days of our Great American Road Trip. 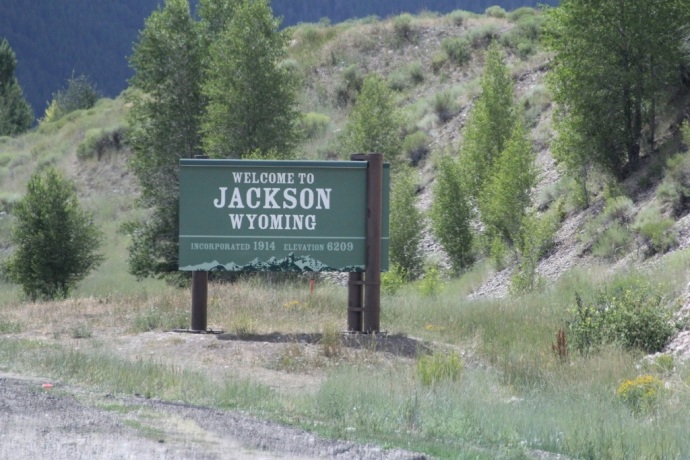 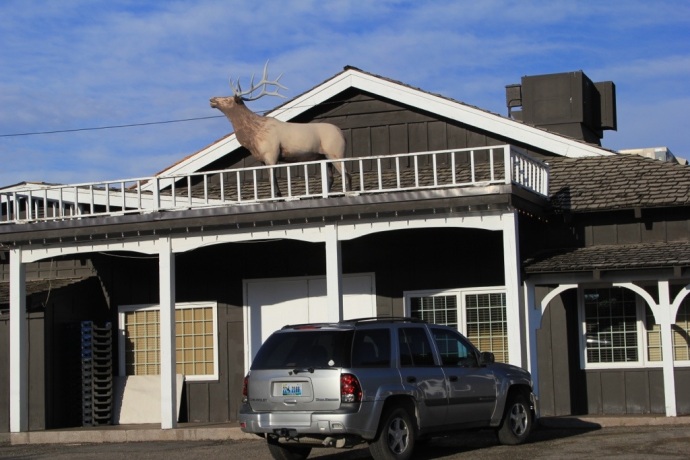 We went into Jackson to walk around town square and take the kids to the Million Dollar Cowboy Bar so they could sit on at the bar on a saddle amongst the burl wood decor. This is more biker bar than cowboy. Unfortunately they have to be 21 or over to go into the bar. They wanted pictures so we sent the kids across the street to Ripley’s Believe it or Not while Tawny and I had a beer in the bar and took some pictures of the saddles for the kids at the suggestion of the woman who worked in the Cowboy Bar Gift Shop. Not 15 minutes later the kids called us to say they’d been through the Ripley’s Museum already – 3 times! We bailed and worked on finding a place for dinner. We ended up at The Rendezvous Bistro which had a line out the door when we arrived while thunder, hail, and rain poured down around us. The place was packed and offered us one of our better meals while on the road. After dinner the skies cleared and we enjoyed the large hot tub at the Virginian. Later that evening I updated my blog from amongst the taxidermic animals and patrons of the Virginian Saloon. 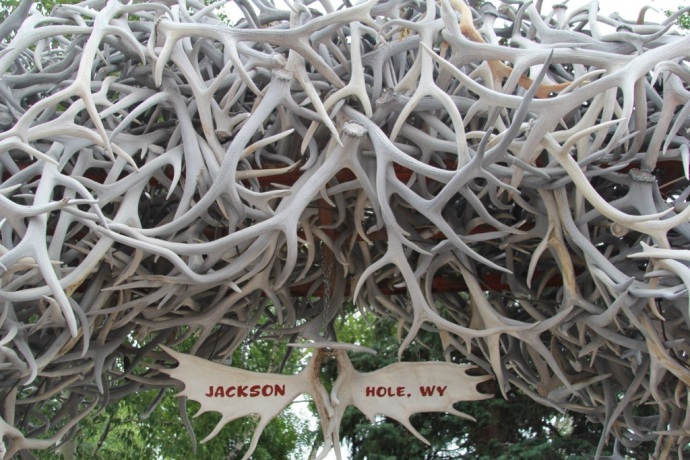 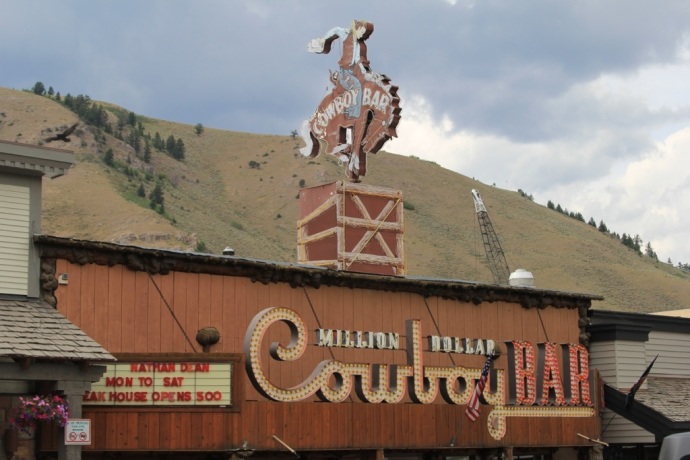 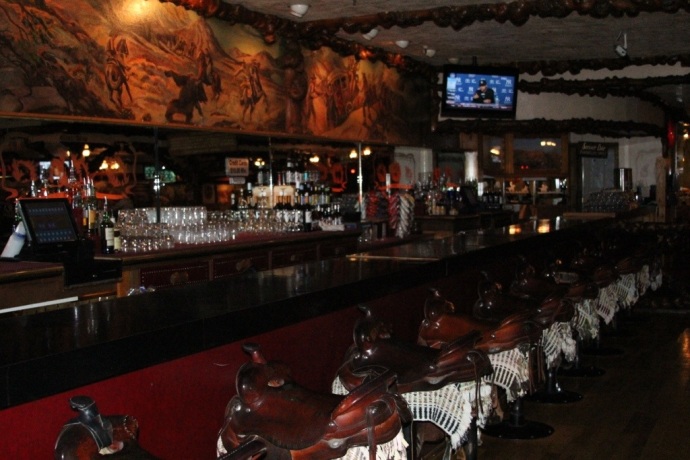 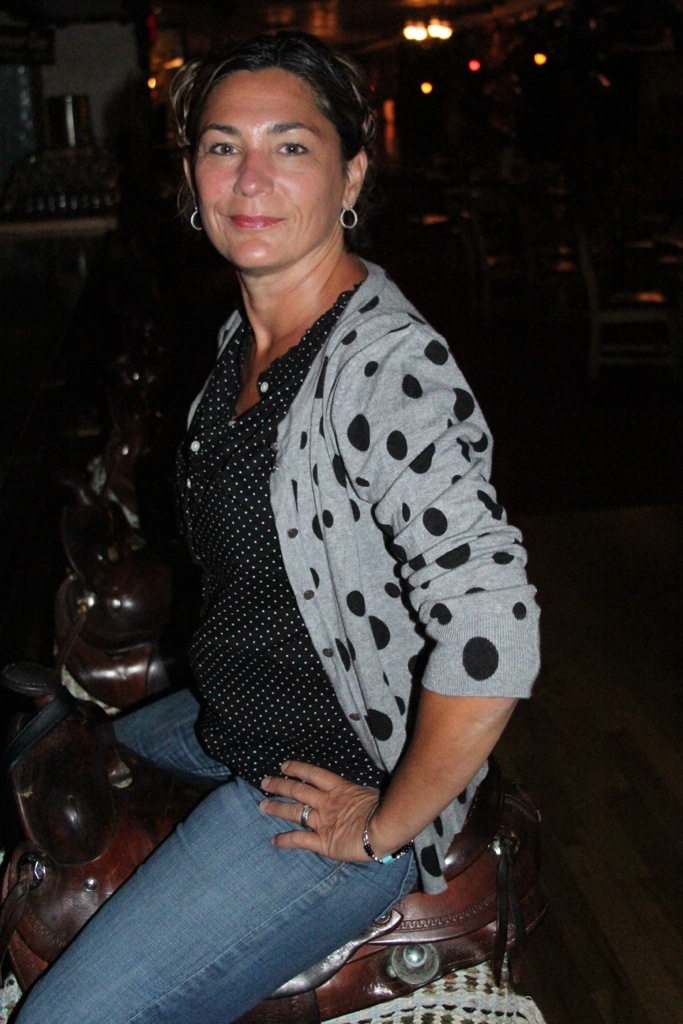