Sunday morning we awoke to a learn the wildfire remained uncontained, encompassing 5000 acres and closing some roads. Given that and the heat from the last time we hunted fossils we dediced to skip the John Day Fossil Beds and instead head towards the town of John Day.

We gassed up and grabbed some ice at the only and as advertised “cheapest gas in town” – not! Where they also honored the graduating class of 2015 (all 5 of them). 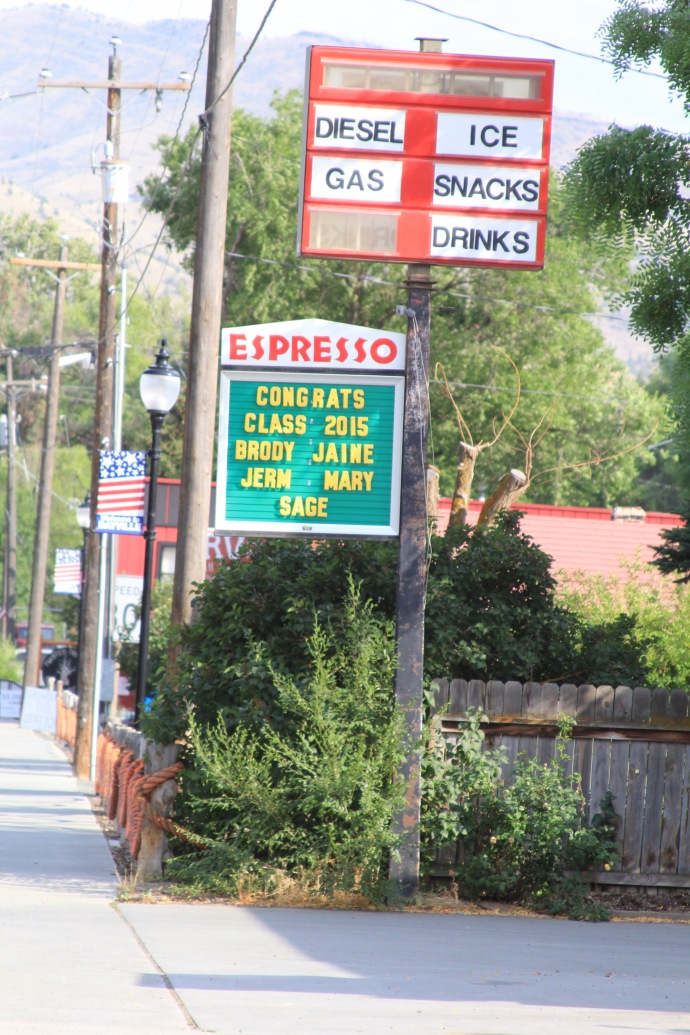 Following Highway 26 along the meandering John Day River and through cute and quaint little western towns who’s boom-time days had long since come and gone.

On a whim we decided to pull into Kam Wah Chung Cultural Heritage Site. The building didn’t look like much but we walked in expecting to learn a little about the history of Chinese laborers in the Old West. What we learned was a whole lot more. We were assigned a guide who walked us down the road to an old house surrounded by what is now a city park.  The building dates from 1866 when Doc Hay and Lung On (both imigrants from Guandong) had started their entrepreneurial enterprise – the Kam Wah Chung & Co. Lung On was a businessman who sold goods to the local Chinese mining population (nearly 2000 strong at its peak) while Doc Hay was an herbalist and pulminologist who tended to the local Chinese population. They were very successful, with Lung On buying and running many business across the county and Doc Hay becoming the most respected doctor in the area (treating many non-Chinese) and becoming the county doctor. In 1952 after Lung On had since died and upon the death of Doc Hay the property was willed to the city of John Day where it sat locked up for 20+ years. In 1973, when the park was being surveyed the city opened the building and found it exactly the way it had been left in 1952.

Walking through the doors on a private tour from a local volunteer was like walking back in time to visit with the ghosts of the old west. 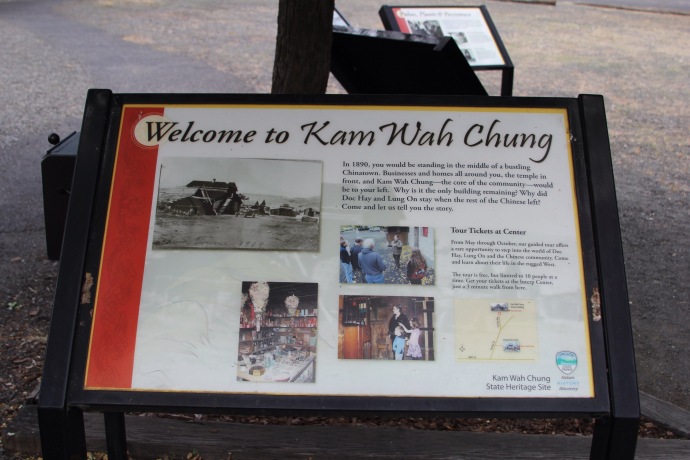 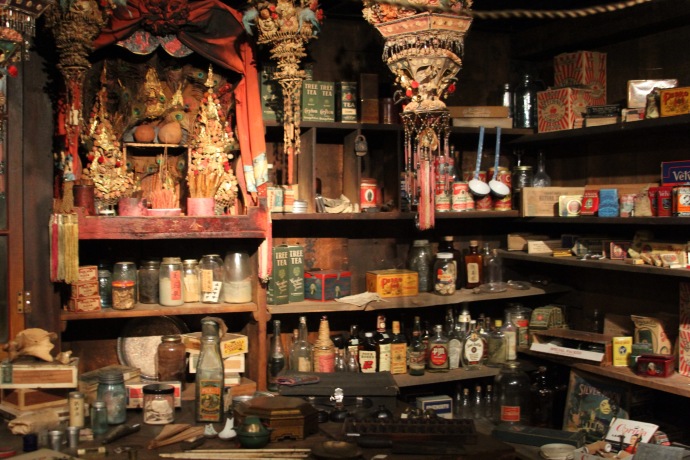 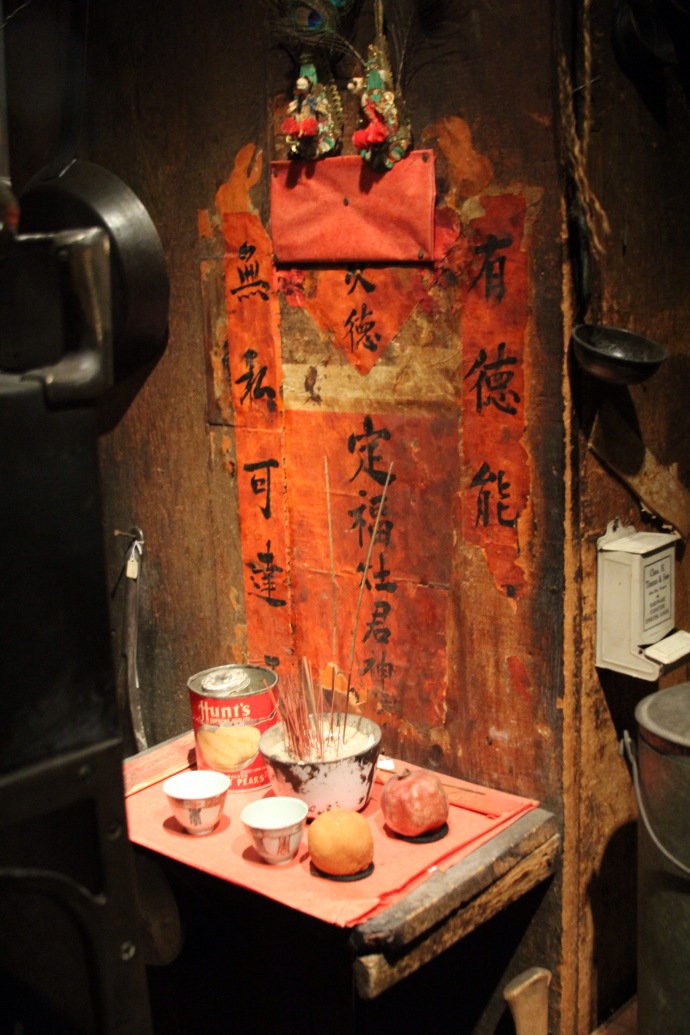 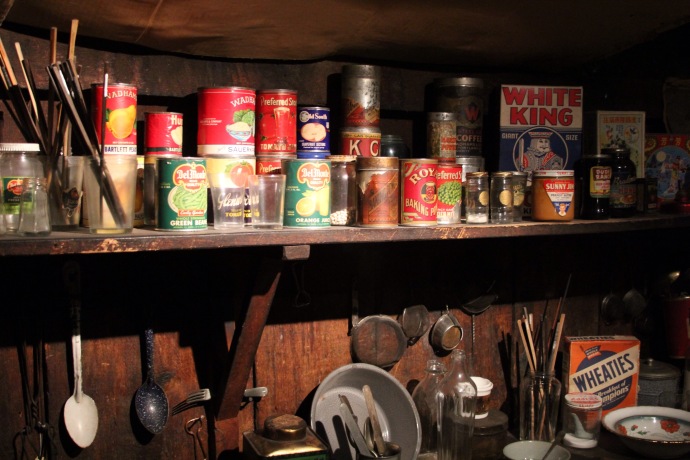 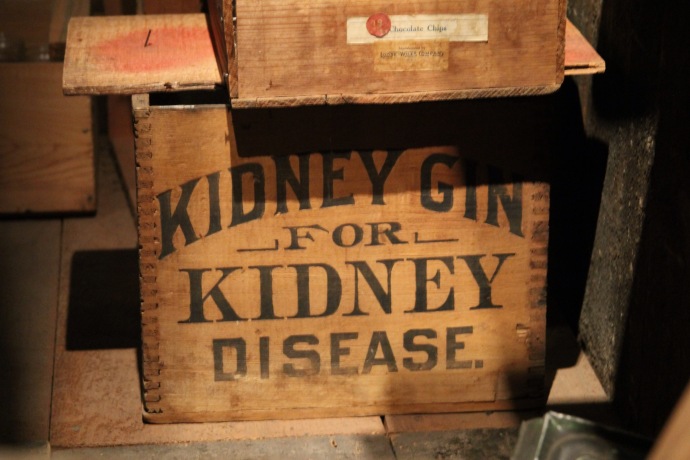 Kam Wah Chung was a hidden gem of history. I highly recommend if you are ever heading through John Day on Route 26 that you stop in for an informative history lesson.

We drove on towards Baker City and turned off of 26 onto Route 7 through the Dixie Mountain Pass – 5600+ feet and 97 degrees. We were looking for something we saw on the map called Whitney (Ghost Town) but we never found the turn off for it with so many forest roads cris-crossing this area. We had read up on a haunted (and still active) gold mind up a short detour off 7 in the town of Sumpter. While Sumpter was an old west town on its last breath – looking soon to be a ghost town itself – we never found the turn off  for the haunted ghost mine. But the map showed another ghost town of Bourne just up the road six miles. What it didn’t show was it was 6 miles up a steep and narrow gravel road. Mind you, we are pulling a trailer  up this road now looking for a town that only appears on an old map. Tawny -ever the voice of reason – suggested we turn around…but where. There was only one way to go…foward….. “It’ll be our adventure for the day”, I said. Clara and Morgayne agreed. Six miles at 15 miles an hour pulling a trailer takes a lot longer and is more white knuckle inducing than you’d think.

Suddenly the road got decidedly worse. Nowhere to go but forward…slowly. Extremely slowly. The r-pod and truck covered in a fine ashy dust. “What are we going to do? Where are we going to turn around?”  And then there, through the trees, miles from nowhere, we saw a woman sitting in a chair reading a book. A ghost? We stopped, stared, and called out to her. “Hello?”  She got up from her chair, came through the branches like a banshee, and slowly approached our vehicle. “Howdy” she said softly. She wasn’t a ghost at all, but a very nice woman from Boise who owns property adjacent to the Bourne Ghost Town where her and her husband spend their summers camping.

She assured us were had made it to the old mining town of Bourne and that if I continued up the road a few hundred yards more there’d be a place I could turn around. I dropped off Tawny and the girls and went to turn the vehicle. In 4WD and with great difficulty and removal of our sway control I was eventually able to turn the trailer around in a broadened area of the narrow road just before the road became impassible. 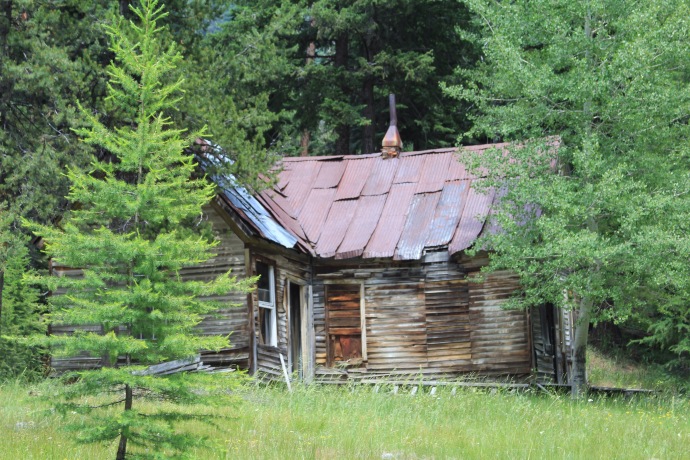 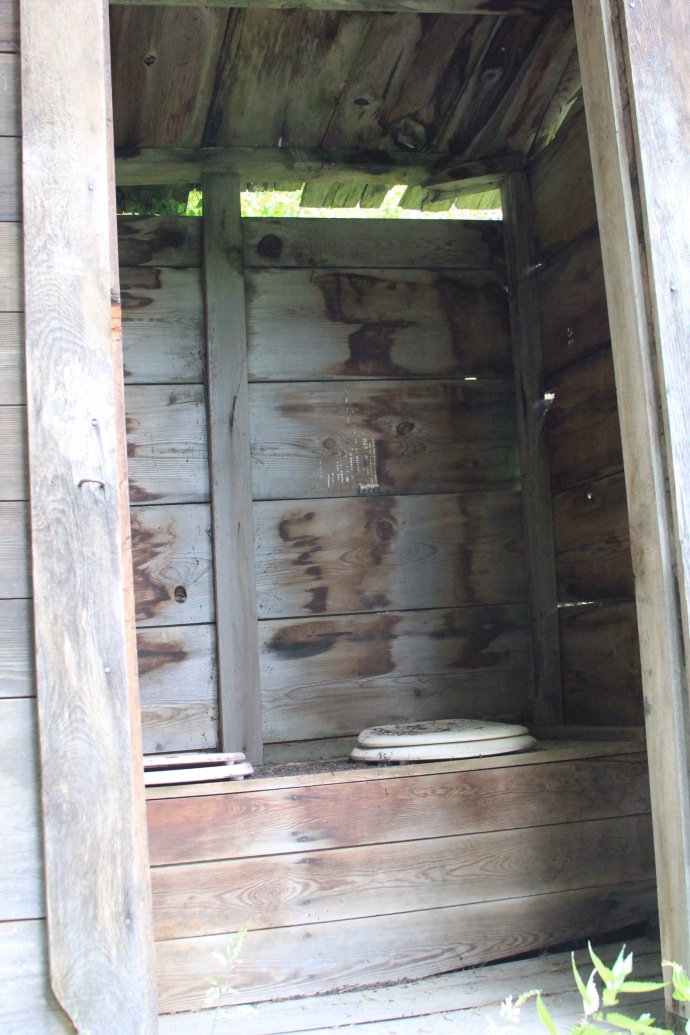 We headed back down the gravel road and to Baker City to the Mt View RV Park (not sure where the mountain or the view is) but we escaped the heat in the pool, showered, and did a load of laudry to get the dust out our britches.