Our bio-clocks woke us early, which was a good thing, as we wanted to line up early at the Anne Frank House, having heard the lines and wait times could be long. We arrived by 8:15, 45 minutes before the museum opened. By 9:30 we were inside, a somber journey up steps and across the timeline of Anne’s short and tragic life. Photos were not allowed inside, and it’s just as well, because images can’t capture the intense emotional experience of ascending into the secret annex which held the Frank and Pels families for 2 years before they were betrayed, discovered, and shipped to Auschwitz and Bergen-Belsen like so many other European Jews, gypsies, disabled, and homosexuals. The Anne Frank house is a powerful reminder of a horrible chapter in human history. While we want to believe such brutality can’t happen again, I can see how Trump (#RealDonaldTrump) and his buddy Ted Cruz are sowing the seeds and cultivating hatred, bigotry, and using Islam as a scapegoat in the US Presidential Campaign. You don’t have to stretch your imagination far to see how a movement like this becomes one like the Nazis.

We purchased a few paintings from a local street artist named Baker outside of the Anne Frank house. Then meandered through the Jordaan neighborhood of Amsterdam making our way towards the Van Gogh Museum. On the way we stopped at a small bar/restaurant called Brasserie Blazer where we had a couple of delicious beers and excellent broodjies for lunch. 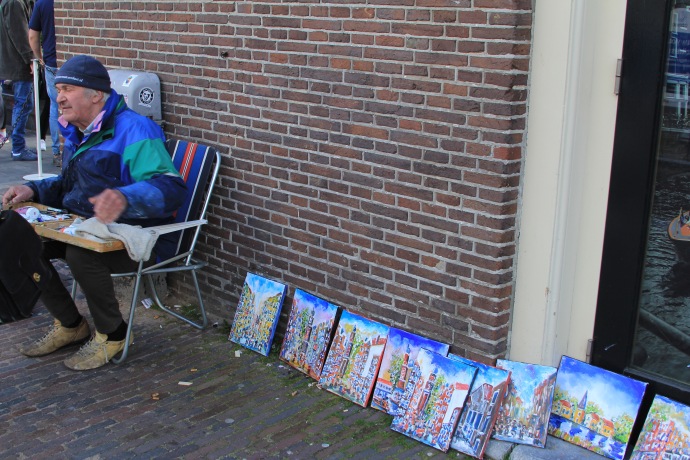 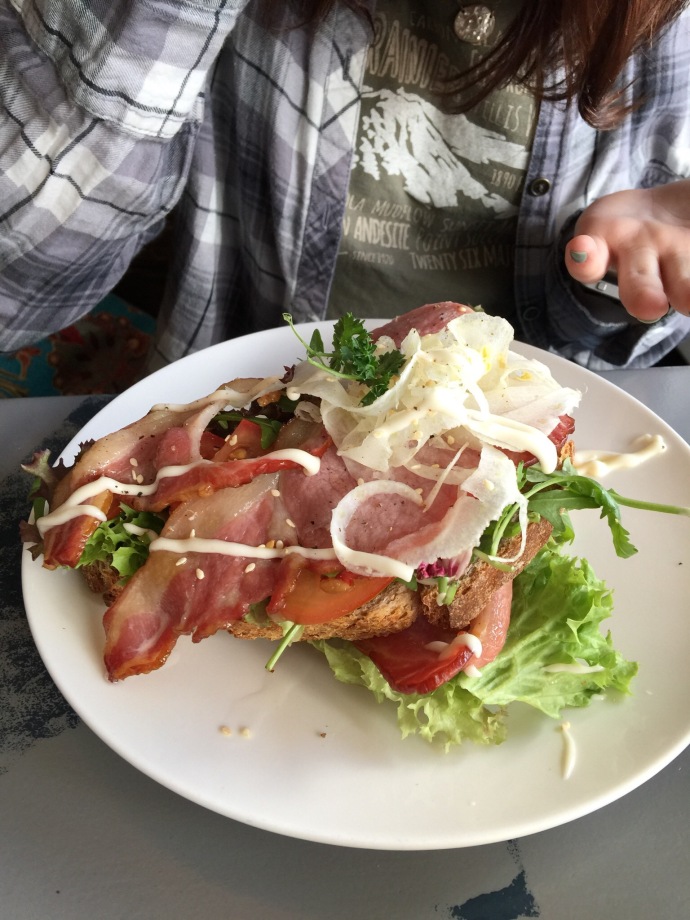 We had 3pm reservations for Van Gogh and had some time to kill when we noticed the Moco Museum nearby had an exhibit of Warhol and Banksy. It was a smaller but interesting exhibit demonstrating the strong connection between Warhol’s Pop Art and Banksy’s Street Art and how they both celebrate and criticize popular culture and consumerism.

Then on to Van Gogh, who’s work is truly beautiful to behold. To see his brush strokes up close and the thickness of those strokes play off the intense complementary colors set side-by-side made me appreciate the artist and his vision that much more. Unfortunately the museum was crowded, and our feet sore from walking so we focused our time there on his most important works with an audio tour.

After the museums we stopped for beers and patat frites (with copious amounts of mayonnaise) to rest our feet and gather our strength for the long walk back to our hotel were we rested and researched restaurants for dinner. One that looked good was Restaurant Max (an Indonesian Rijsttafel (rice table)) restaurant which are common in Amsterdam due to the former Dutch colonies there. As we set out for dinner a sudden storm arrived with thunder, lightning, hail and torrential rain with an angry sky inflamed by the setting sun.

Restaurant Max turned out to be absolutely delicious, with perfectly tempered heat from the spices and intense flavors of lemongrass punctuating every dish. We must search for Indonesian food when we return to Seattle.

After dinner the rain had stopped and we wandered through back streets and over canal bridges past red lit windows with ladies of the night displaying their wares (or wears?). To bed, as the wall of sleep came upon us quickly.

One thought on “I AMsterdam”