Our waking weather made us debate if we should bother heading to Sintra for a day at all, but the promise of fantasy palaces balanced atop rocky peaks like castles in the sky was too strong to resist. We headed to Rossio Train Station and bought our tickets for the 45 minute journey to the UNESCO World Heritage Site – Sintra.

The weather worsened on the train. So much rain and wind we could hardly enjoy the landscape of ancient aqueducts entangled with the Lisbon apartment housing project sprawl.

Before we knew it we were let off in the quaint town of Sintra’s Old Town in pouring (I mean buckets) of rain and wind trying to find the right bus (BTW it’s #434), buy tickets and wait in the rain for the bus to Pena Palace. By the time it arrived and we boarded we were soaked to the bone, even with our umbrellas and rain jackets.

We got off at the Pena Palace stop and bought tickets for the entrance to the Palace and Park, and then more tickets for a shuttle to take us to the palace so we didn’t have to hike the hill to the castle at in the rain. 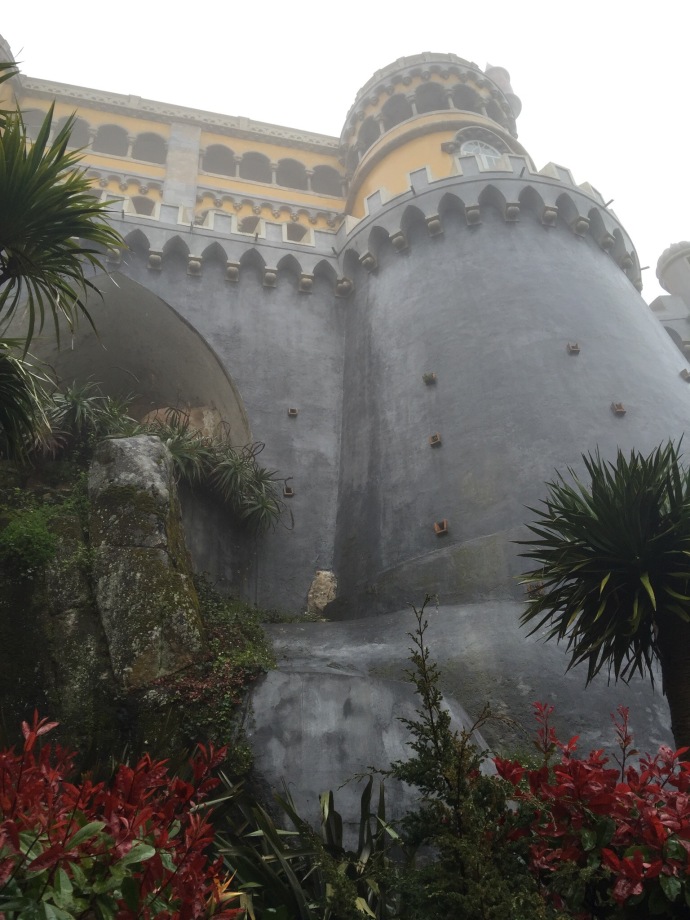 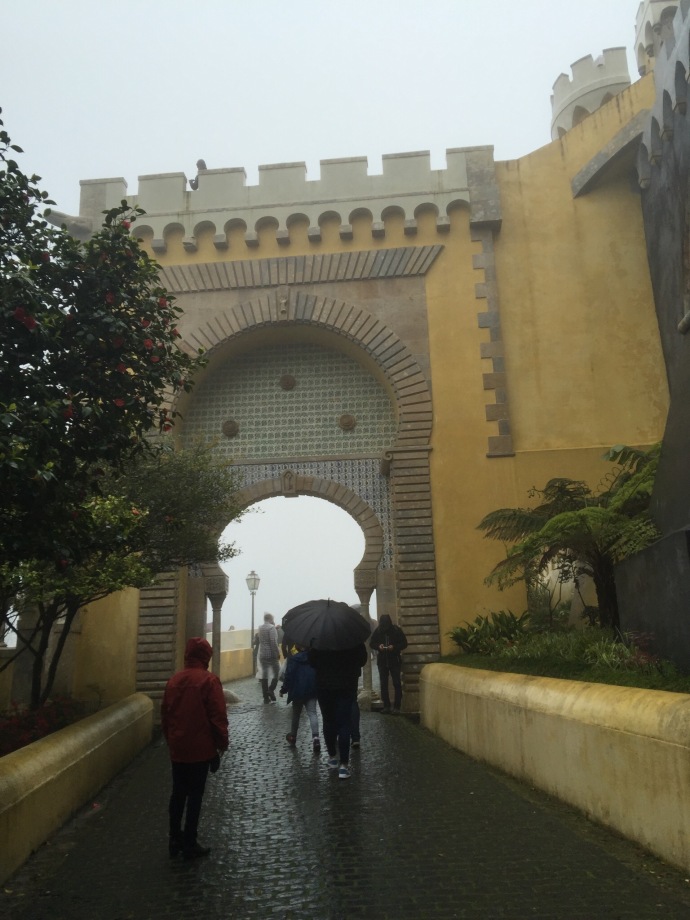 Upon arrival we asked about tours, they had one in English in about an hour. We decided to get some lunch in the cafeteria while we waited. It was undoubtedly our worst meal of the trip. But it was worth the wait. The tour started just as the rain ended. And while we’re were still in the fog and clouds and wind much of the tour was inside. The guide was informative and engaging and we were riveted to hear the tale of how Prince Ferdinand (cousin to Bavaria’s “Mad” King Ludwig) and of Prince Albert became enthralled with the Moorish castle and monastery located there. As luck would have it the monastery was for sale and he bought the lands and spent much of his life (becoming King after marrying Queen Maria II of Portugal). He didn’t bother much with politics and spent most of his life as a patron of the arts building this palace for his love Queen Maria). Unfortunately she died bearing perhaps the 11th child and years later he scandalously married Elisa Hensler (a highly educated and artistic (ceramics and opera) Swiss schooled in America – who was also secretly a single mom raising her “niece”. Fascinating people!

By the time the tour had ended the rain had stopped, the fog was lifting, and some sun broke through. It was now you could really appreciate the views of the Moorish castle, the villages in the valley below, and the bright bold colors and designs of Ferdinand, with many touches by his second wife Elisa. The change in weather had changed our minds and a soggy trip to Sintra suddenly become worth the effort. 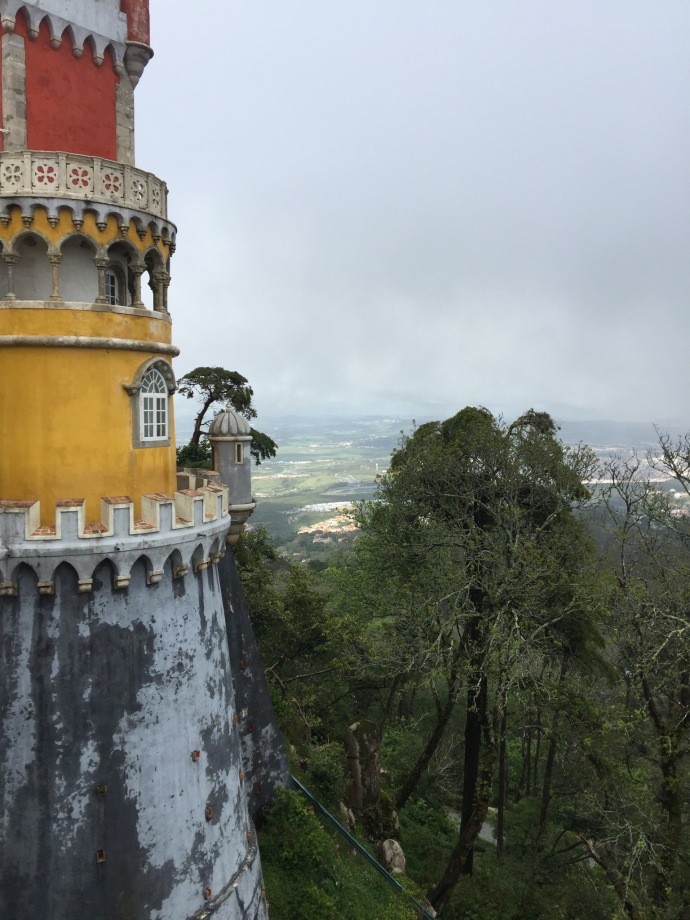 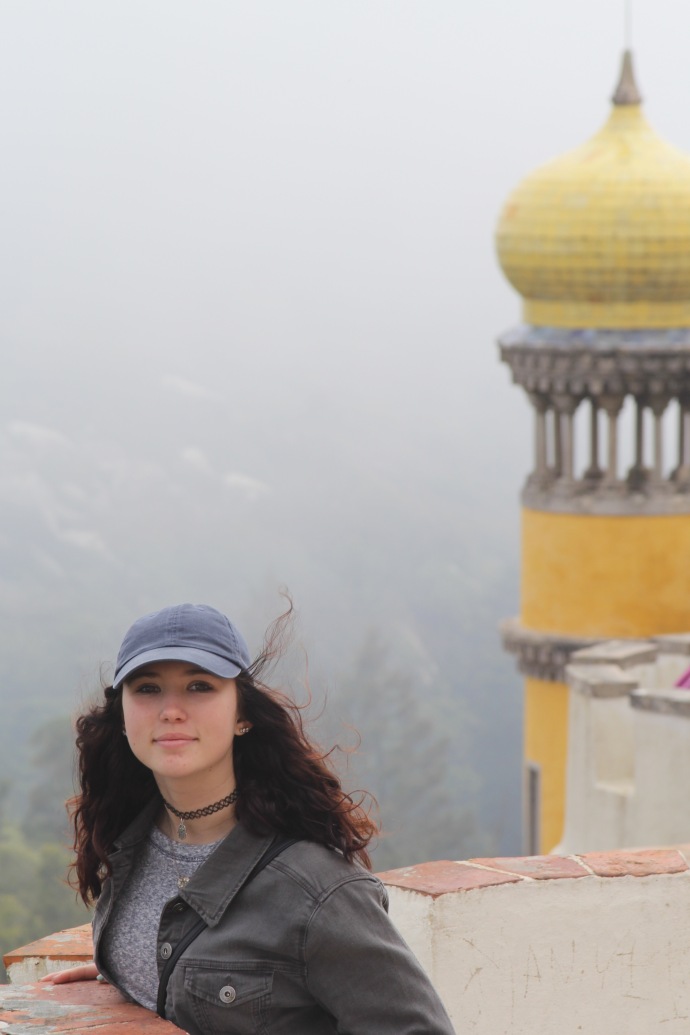 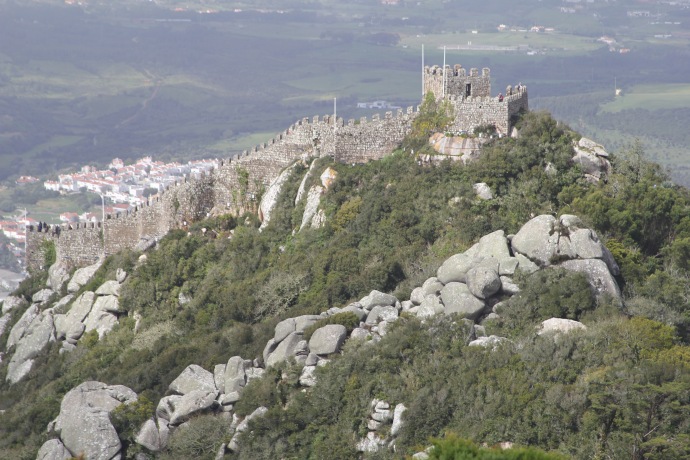 We headed back to catch a train (by seconds) to Lisbon where we rested up at our hotel before discovering there was another record store – Carbono – just around the corner from our hotel. Apparently it’s the first, oldest, and largest records store in Portugal. I wish we had hit it first. But we purchased a few album from our bucket list and got a rare pressing as well. Afterwards we took in dinner at Champanheria do Largo – possibly our best meal in Portugal to date. 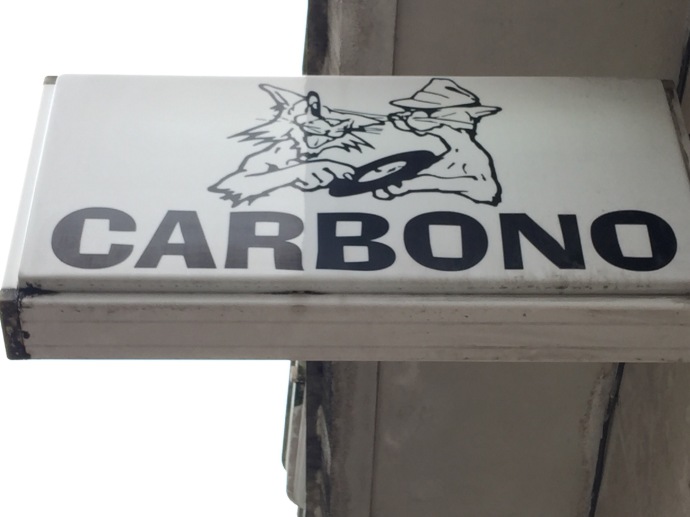 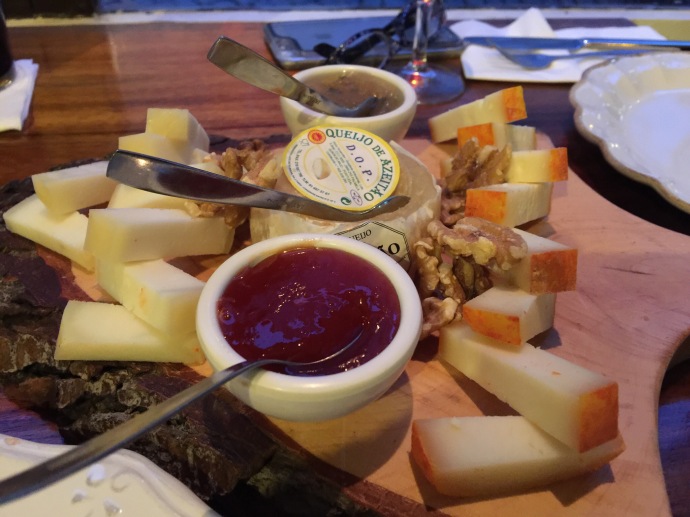 After dinner we went for a Friday night stroll through what appeared to be the theater district with patrons spilling onto the street and into sidewalk cafés for late night dinners and drinks. The city was abuzz and alive with activity.

We got our own late night snack in the form of a cream custard called Pastéis De Nata. Which was divine!