Twenty-seven years ago Tawny visited Tavira with a friend when traveling in her early 20s across Spain and Portugal. They met a couple of nice Portugese boys who showed them the sites in Tavira and one even took them home to meet his mother. Tawny loved Tavira so much she abandoned her plans to return the car in Spain to catch a ferry to Morroco, instead deciding to spend another week in Tavira with her new friends. She hoped she’d be able reconnect with Luís who still lives in Tavira after they recently reconnected on Facebook.

We spent our morning wandering through the clean and quiet whitewashed alleyways and tiled façades of the sleepy fishing village. Today’s Tavira is nearly the same as Tawny remembered it to be a quarter century before. Undiscovered, like a well kept secret amoungst friends, Tavira winked knowing glances at her around each corner as another memory returned and was shared and entrusted with us. 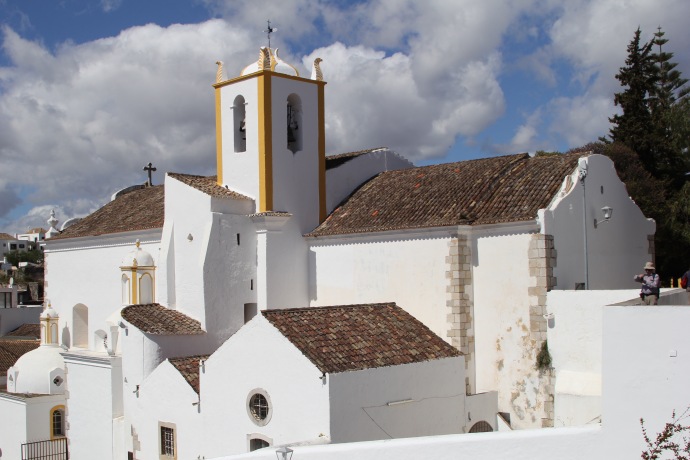 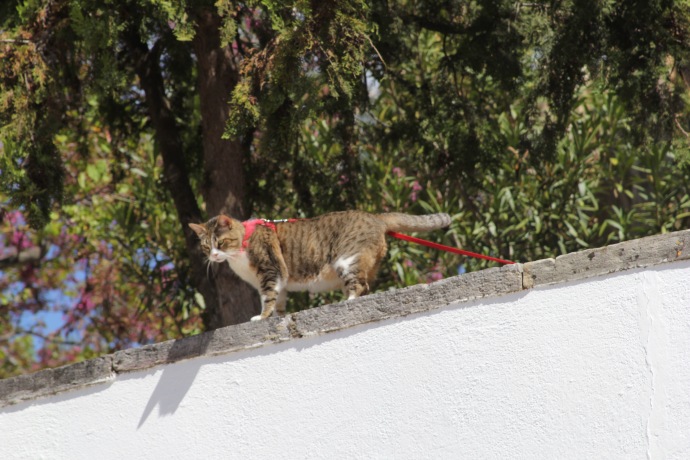 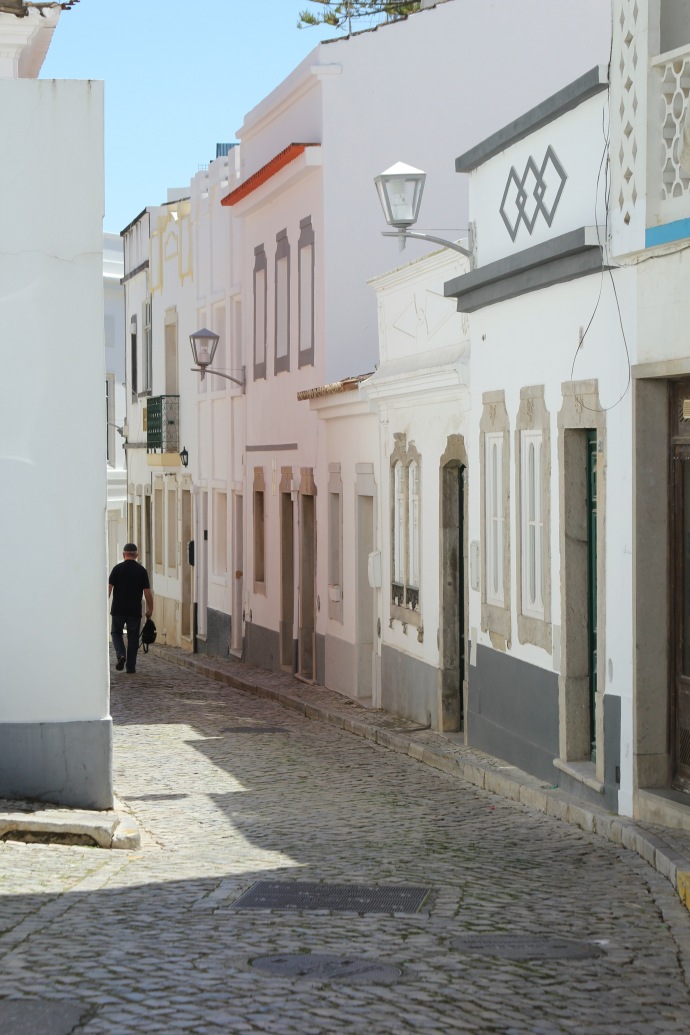 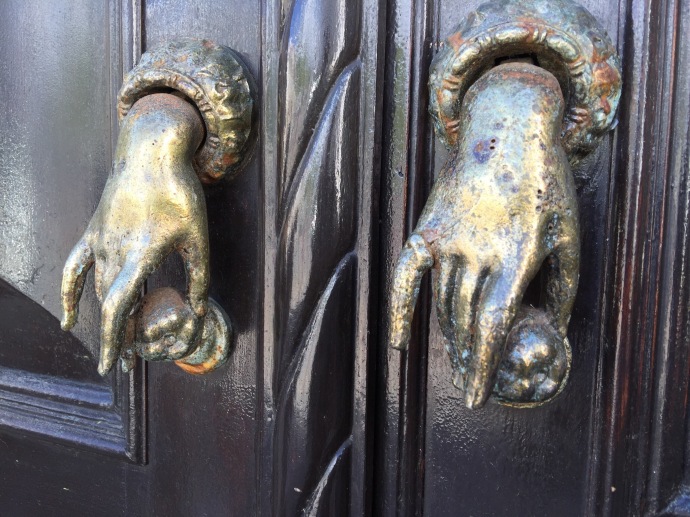 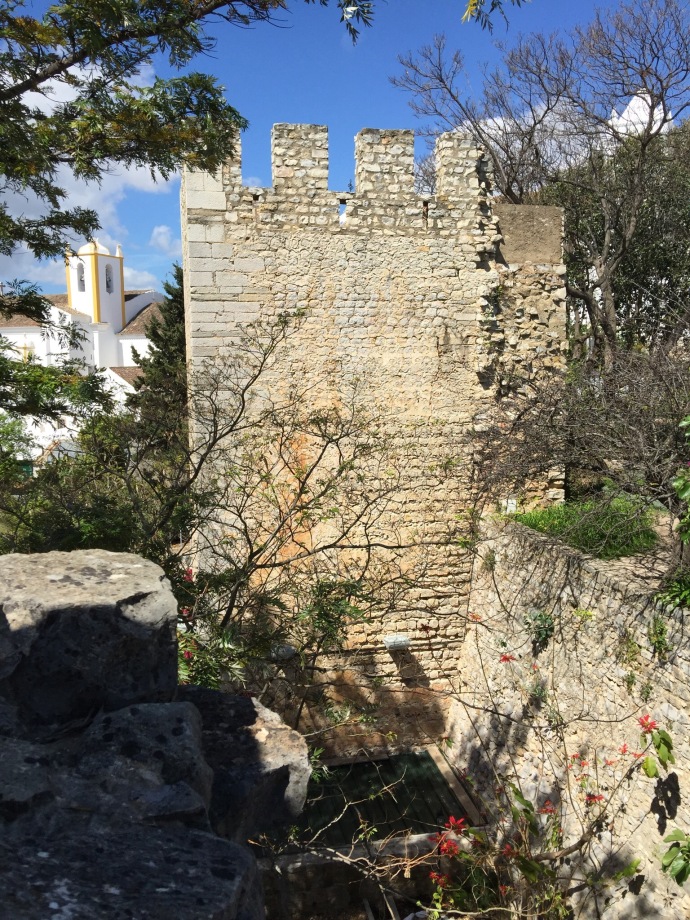 For lunch Luís (via FB) had recommended a friend’s restaurant called 4 Aguas out where you catch the boats to the beaches. We started walking out of town towards the marina and the salt flats on the horizon (they produce an excellent flor de sal in Tavira and all along the Algarve), and passed the fishing boat returning from an early morning sailing. 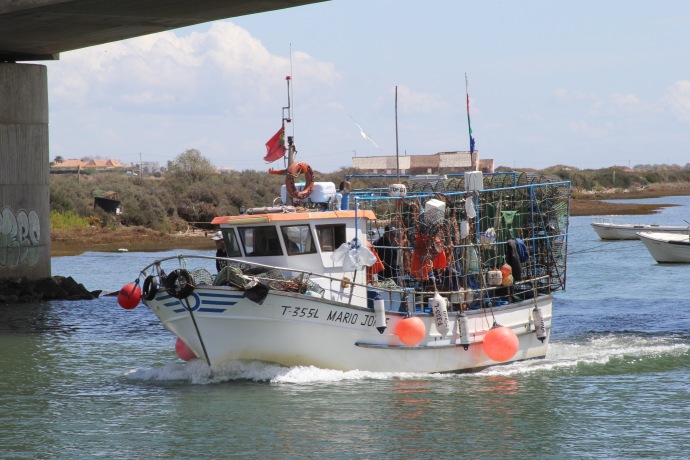 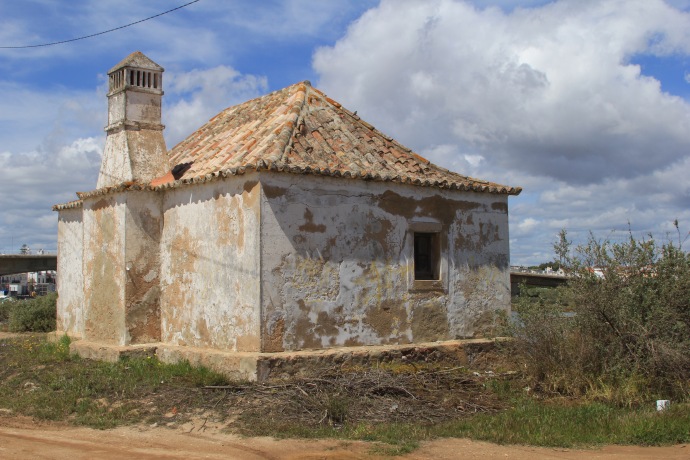 The road was much longer (and it was much warmer) than we expected, so we returned to our apartment over a nearby bridge to fetch our car and drive out to the restaurant 4 Aguas Marisqueira at the end of the long road.

We introduced ourselves to the owner, mentioning Luís, and he showed us a seat in the semi-open section of his restaurant. From here we could see what we assumed to be the Tavira junior sailing club practicing their sailing skills rounding the bouy just in front of the restaurant.

The seafood looked fresh caught and made to order. 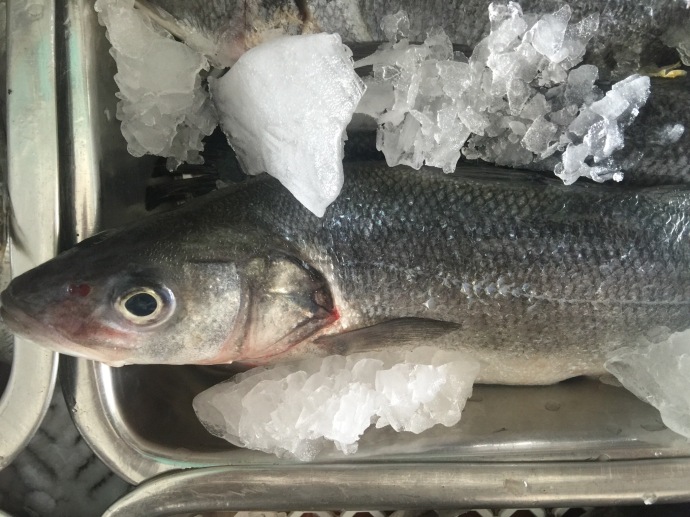 We ordered a plate of prawns in a spicy sauce, a dangling skewer of mixed grill of prawns and monkfish, as well as steak and homemade fries. By far this was the best meal in Portugal to date. 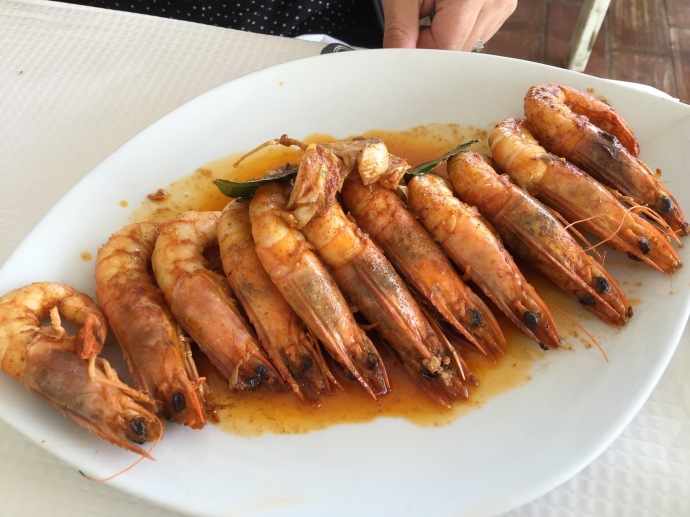 After lunch we returned to Tavira to continue exploring the backstreets and popping into small artisan shops looking for gifts. Towards 6pm we settled into an outdoor cafe called The Black Anchor. It was an Irish Bar along side the tidal river  with a view of the Roman Bridge. We weren’t looking to be at an Irish bar in Portugal, but 27 years ago it was a Portugese bar and where Tawny first met Luís. We hoped he’d be able to join us later that evening for some drinks. In the meantime we watched a clam digger work the river at low tide, and the crabs come out to sun themselves, waving their one giant claw defiantly at each other or in salutations we weren’t sure. 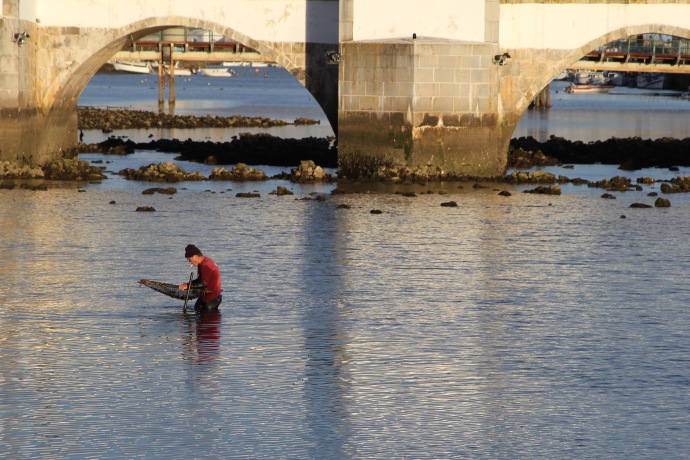 About 6:30 pm Luís arrived with his lovely 7-year old son (who was as patient with this father as he could be, riding this bike around the block for an hour or more while Tawny and Luís caught up). We relaxed like old and instant friends drinking beers and eating cheese as the shadows of the Roman Bridge grew long and the cool marine air settled upon us like an evening dew. 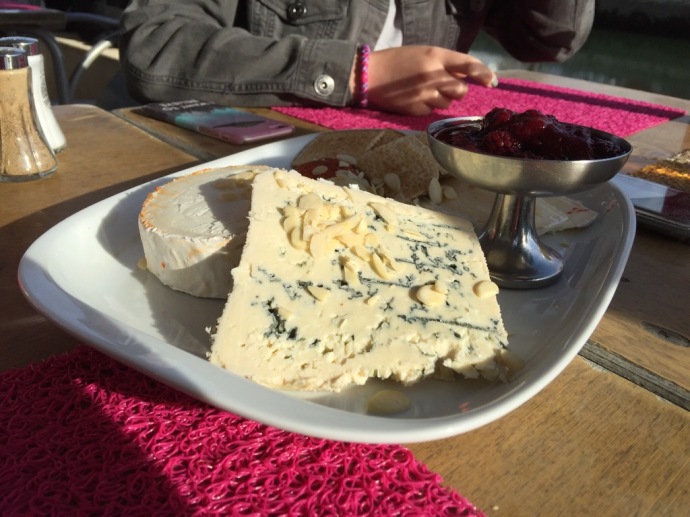 It was wonderful to see Tawny in Tavira reliving a memory of a pivotal time in her life. It made me see, understand, and love her from another perspective. It was also wonderful to meet Luís, the sort of person you feel instantly connected with. Later I told Tawny, “You’re right. Luís is a nice guy.” “I know people. And he’s good people”, she said. Hopefully one day soon (certainly before another 27 years goes by) we can return to Tavira see him and his family again. Similarly we hope that one day soon Luís will come to Seattle so we can host him and his family in the Pacific Northwest.

One thought on “Tavira Reunion”