Our last day in Porto was as close to a perfect day as I can remember. Great city, great weather, great views, great food, and of course great port!

We started our day with a walk to Livraria Lello & Irmão, a bookstore in central Porto near our Airbnb. This is no ordinary bookstore, as it is rumoured to have been the inspiration for J.K. Rowling’s world of Harry Potter. She apparently lived in Porto for a few years while writing the book. Seeing pictures of Livraria it’s easy to imagine this to be true, unfortunately for us the book store known as “the most beautiful bookstore in the world” was closed for renovations. 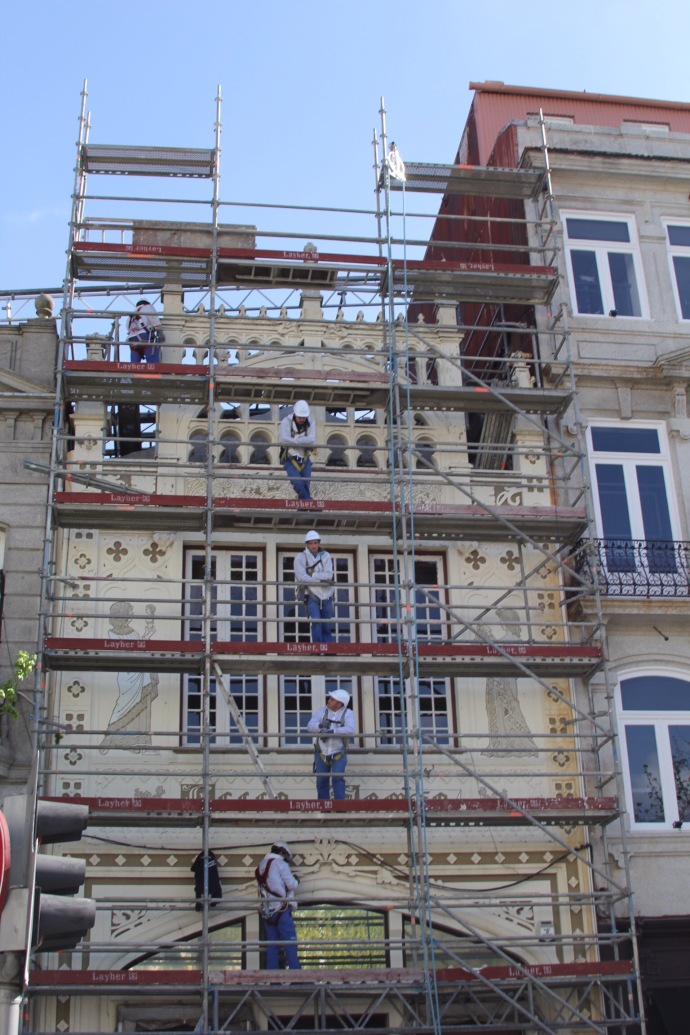 So our perfect day was off to a rocky start. But we made the best of it and explore the local neighborhood before winding our way back down the hill towards Rio Douro.

We made our way across the Rio Douro to the port district for a taste of the wineries set amoungst spectacular views of Porto’s Ribeira (riverside) neighborhood across the river.

Our first stop was at Sandeman who were celebrating their 225th anniversary. It was here – still a little early in the day – we had our first sips of Port…and also where our daughter Clara had her first sips as well. When in Porto – and when outside the jurisdiction of the US – …why not? Clara found it a little too sweet to her liking, but all of us found the history of port and the process for making it very educational and interesting.

After leaving Sandeman slightly tipsy (the 6 pours were bigger than we expected) we decided on an early lunch to soak up our tasting and steady us for the next one. We found ourselves at Ar De Rio, an all glass restaurant directly on the Douro with a stunning view of Ribeira. It was here I had my first Portugese Francesinhas, (similar to, but more decedent than, a gravy-laden poutine). While it looks less-than-appetizing, its kind of an amazing flavor (and calorie) explosion! It’s a sandwich made with bread, ham, sausage (often chorizo), and steak, covered in melted cheese and a tomato/beer sauce smothered across it and the french fries it’s served with, often with a sunny-side-up egg on top.

After lunch we noticed that Porto Vasconcellos was across the street. Vasconcellos is Tawny’s family name on her father’s side. Her grandmother was Maria Sabina Vasconcellos from the Azores. Unfortunately it was closed! We were very disappointed and about to leave when a nice gentleman named Jorge happened along, saw our concern, and asked us if we were interested in a tour. They are a very small producer, producing in a year what Sandeman might product in a week. We bought ourselves a private tour of the winery (which didn’t take long) but it had an interesting history dating back to 1879. We then went for tastings of a few of their ports: a 10 year white, a 10 year tawny, a 20 year tawny, and a special tasting of their 30 year tawny. Their ports are rather expensive as they don’t export and only make them available at the winery or at local restaurants. We ended up with a 20 year bottle to save for a special occasion. The packing logistics to get this bottle home became a primary concern for me, but somehow we managed to get it home safely and keep our suitcases underweight. It was great to share a little bit of Tawny’s family history with the winery and for us to learn and even taste a bit of our family history with them. 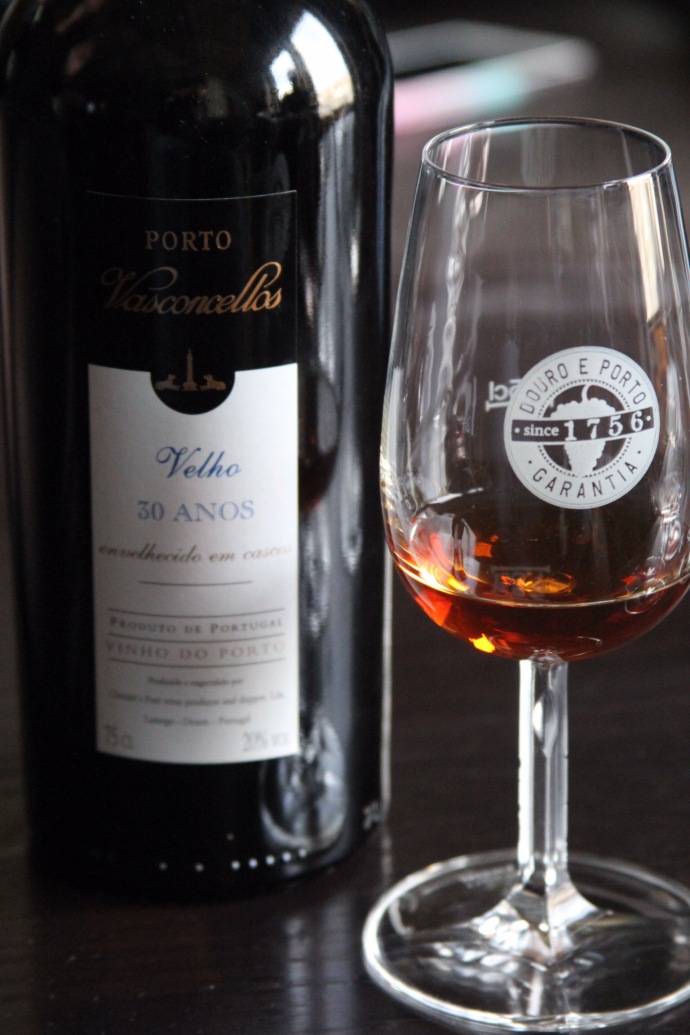 After our last tasting we headed back to the Ribera for a siesta at our apartment. But as the shadows grew long across Porto we wrestled ourselves up and went out for a late afternoon walk of Porto and to find a place for dinner. 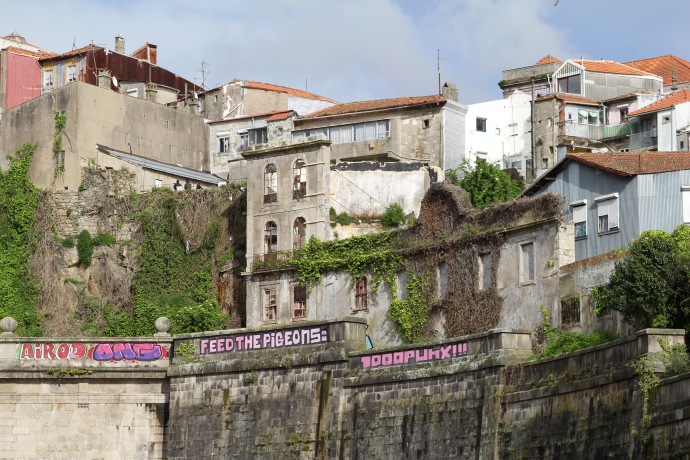 We found a gem. Our last meal in Portugal turned out to be our best. We found a little literal hole in the wall next to the train station called Tapasbento, a small tapas bar. It was surprisingly packed when we walked in. It had amazing reviews on Yelp which were well founded so the word was out. The food was extraordinary, each tapas being better than the last. A few items that stood out for us were the tuna and avocado on toast, cream of veg soup, goat cheese and arugula salad, and the potato pie. They served us simple dishes expertly prepared, finishing us off with a peanut mousse that was mind-numbingly good. 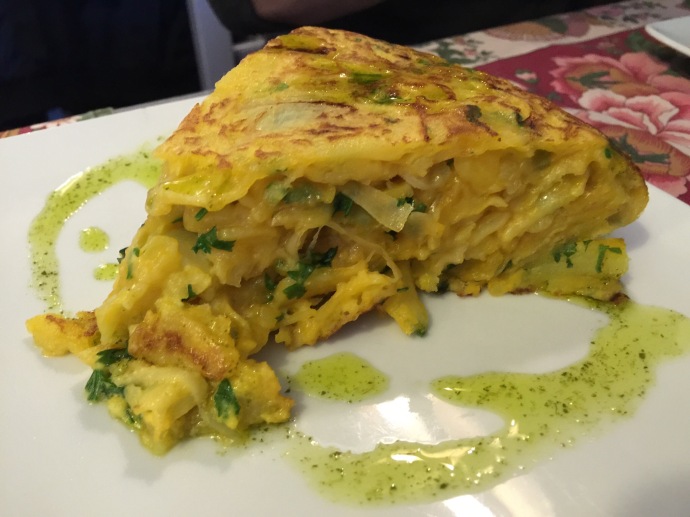 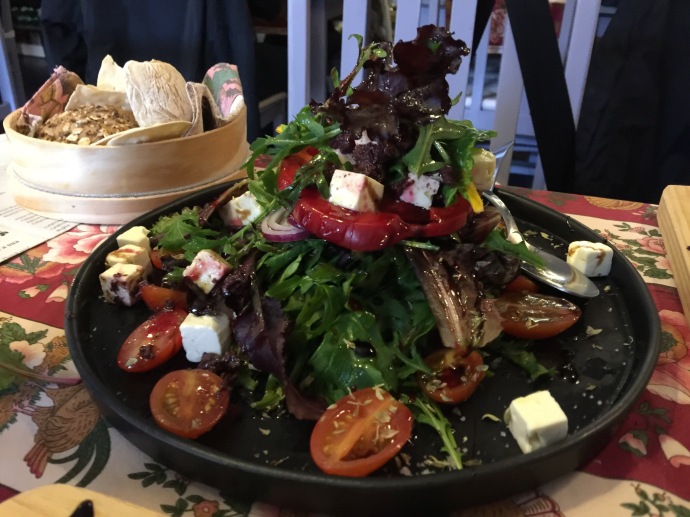 As we came out from the restaurant rubbing our bellies, the sun was just beginning to set over Porto. We decided to walk off the dinner and wandered across Porto towards the high train bridge over the Rio Douro to watch the sun set and the full moon rise over the ancient city. It was a magical moment to end a near perfect day; the sort of day that makes you long to return to Portugal time and again to recapture that moment. 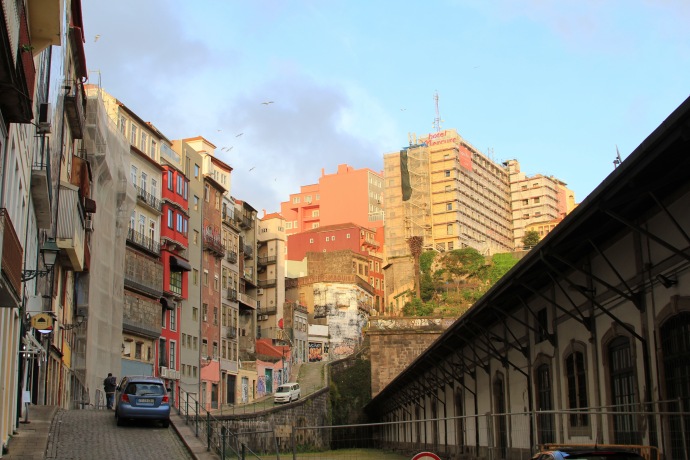