Run Aground and the Hermit of Matia Island

With several pieces of ceramic art safely aboard we cast off our mooring and began leaving Orcas Island in our wake. Earlier in the day, we had heard there may be strong winds that night so we were headed to Patos Island Marine State Park (the northernmost of the San Juans) for a safe anchorage for the night. My father handed the helm to Tawny as he went below to listen to the weather report. Wendy and I were already below preparing lunch. It wasn’t but seconds later when Pangaea lurched to a decisive and grinding halt. Below deck, we went sprawling about the cabin. Somehow the three of us simultaneously filled the companionway as we quickly made our way to the cockpit. “What happened? What did we hit”? There was widespread panic and confusion. The feeling of being on a sailboat when you’ve run aground isn’t one you soon forget.

A trip to the bow revealed we had run aground and hit a rock off Point Kimple. 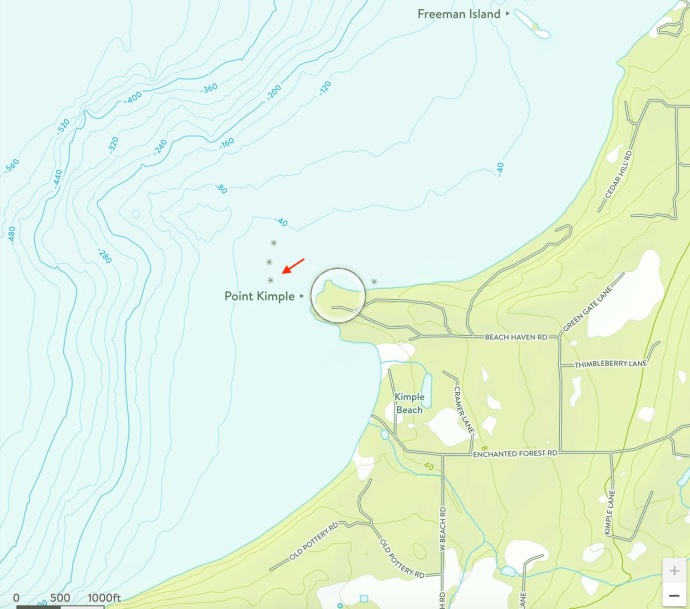 These were unfamiliar waters and in hindsight, we should have consulted a chart before leaving the harbor. We were stuck, unable to reverse our position. Wendy went to check the bilge and make sure we weren’t taking on water. We weren’t. We were lucky. It was also a flood tide and a rising tide floats all boats, even those on rocks.

Tawny was understandably upset. My father reassured her with a San Juan mariner’s adage: “If you sail in the San Juans you’ve hit a rock. And if you haven’t yet, you will.”

It was about 10 or 15 minutes of rising tide, rocking the boat, and revving the engine in reverse before we were able to set ourselves free. Undoubtedly, the nearly 8,000lb lead keel would have some battle scars, but she’d live to sail another day.

We continued on our way to Patos Island passing a small school of blackfish along the way. I had never been to Patos Island and was looking forward to exploring the trails around the historic lighthouse. Unfortunately, the only decent anchorage on Patos was small and crowded. It was too risky to try and anchor in such a narrow bay with a strong current. 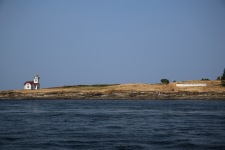 We headed on to nearby Sucia Island, the prized center jewel of the marine state park system. Sucia is the main island and a collection of finger islands and other nearby islands make up the varied anchorages and miles of fossil-laden shoreline to explore. We found a safe haven in Fox Cove for the evening. 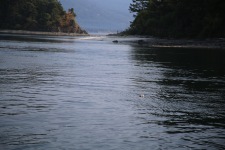 A harbor seal greeted as at the entrance to Fox Cove

A bald eagle with a crab

Instead of exploring again the familiar shores of Sucia we decided to head to nearby Matia Island, another member of the Washington State Marine Parks and a nature preserve I had yet to explore.

Matia has an interesting history with the story of the Hermit of Matia Island wherein 1892 Elvin Smith squatted on the island hoping he could lay a homesteading claim. He was a sole resident there for some 30 years before he was presumably lost at sea. However, his boat and his body were never found. Some say his ghost still haunts the waters and woods on an around Matia.

Having recently run aground we didn’t want to risk tying to the dock in what looked like shallow waters. Instead, we grabbed a buoy and rowed ashore to explore the old growth cedar forest and pristine coves around the small island. 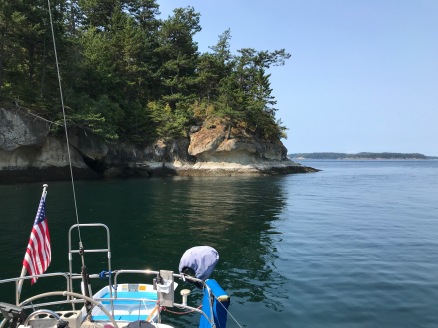 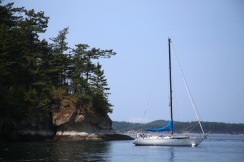 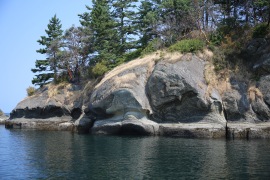 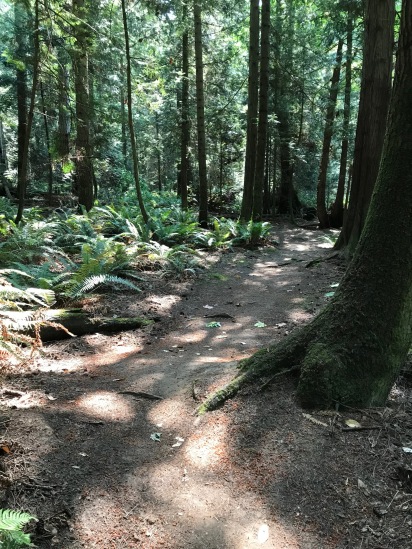 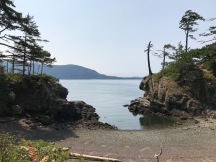 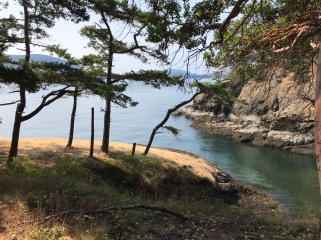 After our day hike, we departed Matia and flooded with the tide toward Eagle Harbor on Cypress Island for the night. It was a noisy and bouncy anchorage given the boat traffic and banging of the mooring buoy on our hull. But the dinner, drink, and dominoes were fine. We awoke to clouds Wednesday morning as we headed back to the Port of Anacortes where my San Juan Sabbatical came to an end. 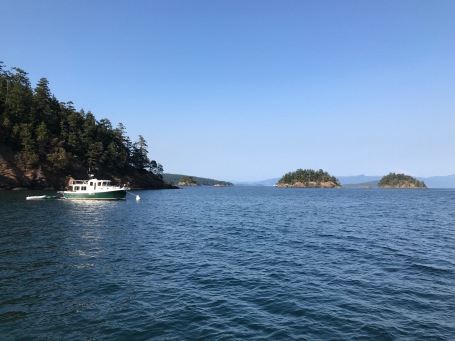 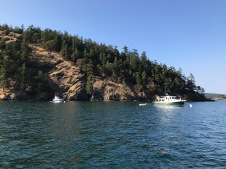 2 thoughts on “Run Aground and the Hermit of Matia Island”