Possibly the Best Sandwich I Ever Had 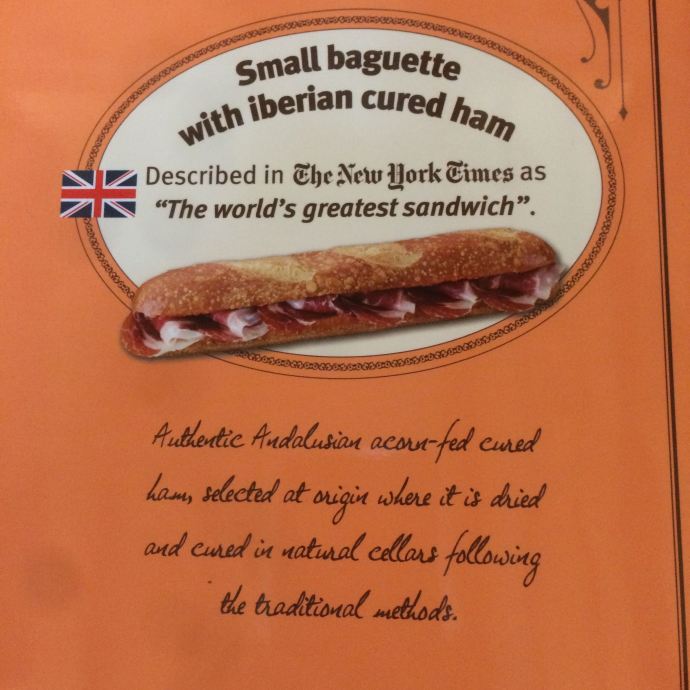 Mark Bittman’s “Best Sandwich I Ever Had”

In researching food to eat on our recent trip to Barcelona we ran across this article by acclaimed award winning New York Times food critic Mark Bittman. Bittman makes a bold statement in this short article describing a rather simple but elegant flauta d’ibéric d.o. jabugo; “It is salty, of course, but also rich, sweet, even floral; there are subtleties that make you pause. But this gets a little technical; let’s just say it’s the best sandwich I’ve ever had.”

While I don’t profess to be a food critic, let alone a sandwich connoisseur, I can appreciate a good sandwich as well as the next person. And I’ve had some good sandwiches; such as a Russ and Daughters “Pastrami Russ” (pastrami-cured salmon w/sauerkraut and mustard on a fresh NYC bagel), or a deli sandwich with “Giugni’s Juice” from Giugni WF & Son Grocery in St. Helena, CA. While not technically a sandwich I’d even call for comparison hands down the best burger I ever had – a buffalo meat patty option on “The Hot Granny” at Black Hills Burger and Bun in Custer, SD (Which I blogged about in GART Day 15). But without a doubt, the best sandwich I ever had to date is unequivocally the Caribbean Roast Pork Shoulder I’ve had at Seattle’s beloved and fanatically followed Paseo (although I’ve not been there since the recent controversy).

But Wow! A renowned NYC Times food critic, book author, and celebrity calling a flauta from Barcelona the best sandwich he’s ever had? Now, that’s a bold statement! I gotta get me some of that!

One afternoon we went searching for Café Viena. We didn’t have to look far. It was basically across the street from our AirBnB apartment on La Ramblas.

Certainly unassuming upon entry (and we entered early, about 1pm – that’s early for lunch by Catalan standards). The place was close to empty with a few regulars at the counter. We saddled up and immediately were recognized as being there for the Mark Bittman special. Nonetheless, we were handed the glossy, slightly greasy, laminated menu…the English version. Although we could have just looked up at the sandwich boards suspended above the bar. 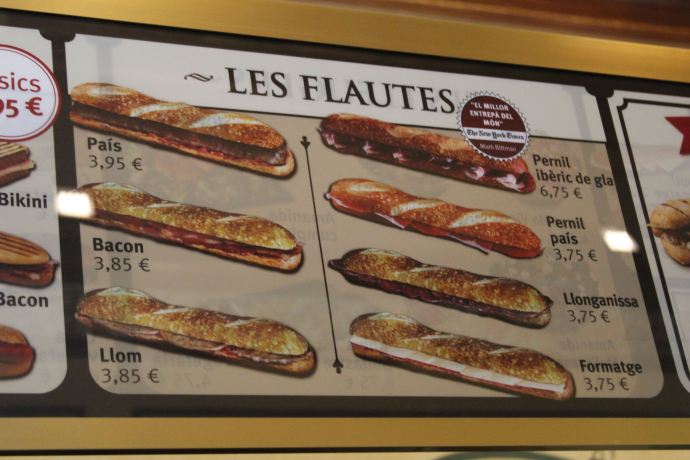 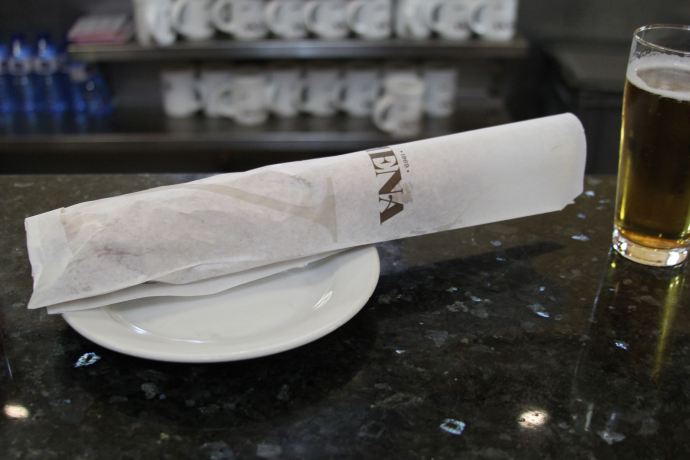 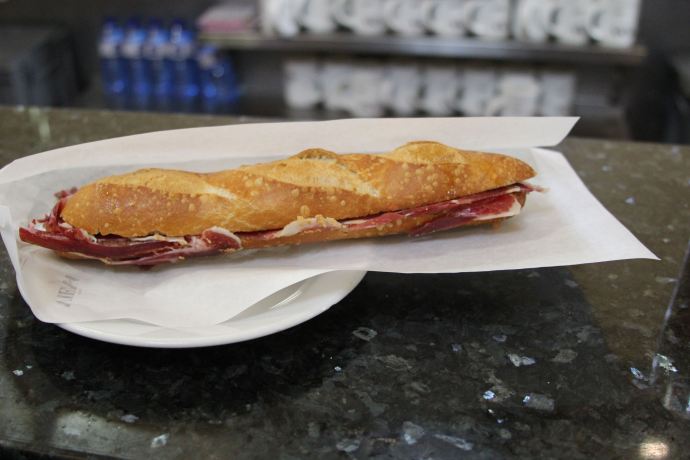 I’m not going to describe the sandwich. Bittman describes it far better than I could. What I will say is that Bittman isn’t wrong. It may well be the best sandwich he’s ever had. It would certainly rank it amongst the utmost echelons of sandwich glory. I would eat it again, and again, and again. It was simple. It was brilliant. It was possibly transcendent. It was possibly the best sandwich I every had…but I’ve a lot of sandwiches yet to go.

2 thoughts on “Possibly the Best Sandwich I Ever Had”