It took us a little over 7 hours to reach very pretty Stafylos Bay from Skyros. Stafylos Bay features crystal clear waters of a protected bay surrounded by rugged and red cliffs with a sandy swimming beach and beach taverna in the center. Its fronted by a large headland (Stafylos Cape I believe) upon which a King (Minoan I believe) had established his castle and a city here at one time. There’s a huge cave under the headland in the entrance to the bay. There was also a later tomb found on the headland complete with treasures such as a gold hilted sword from the 15th century which now sits in the national antiquities museum in Athens. Here we had our best snorkeling and a nice meal at the cliff taverna with perhaps the sweetest feral cat we’d ever met. 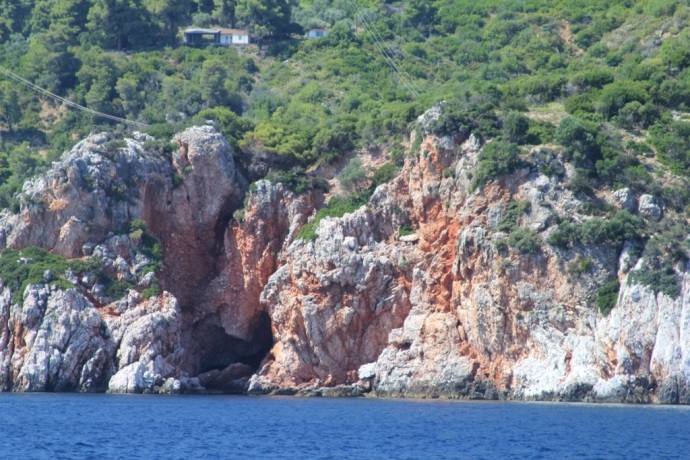 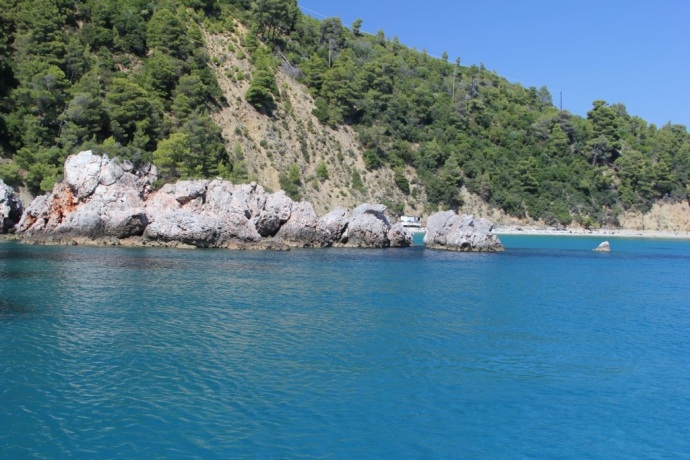 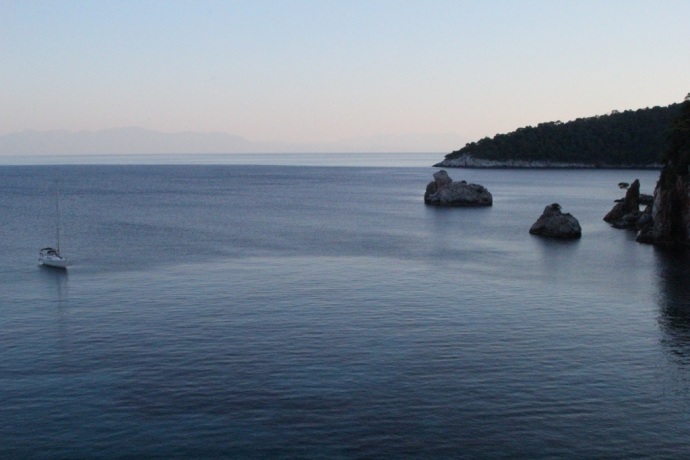 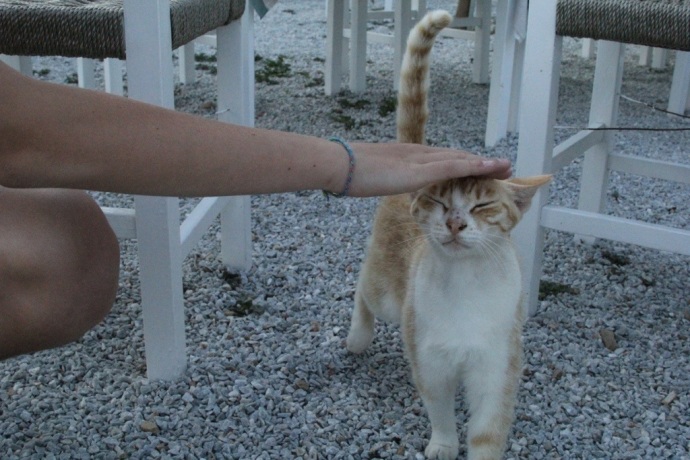 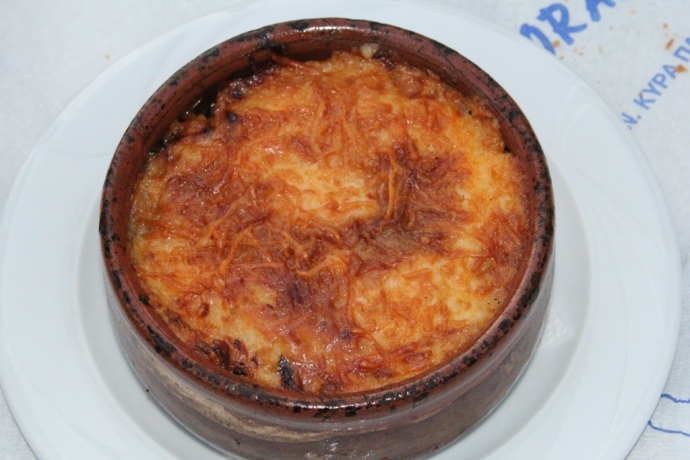 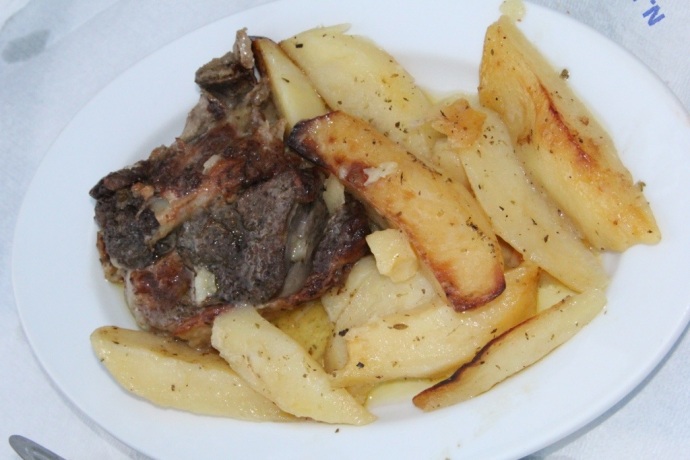 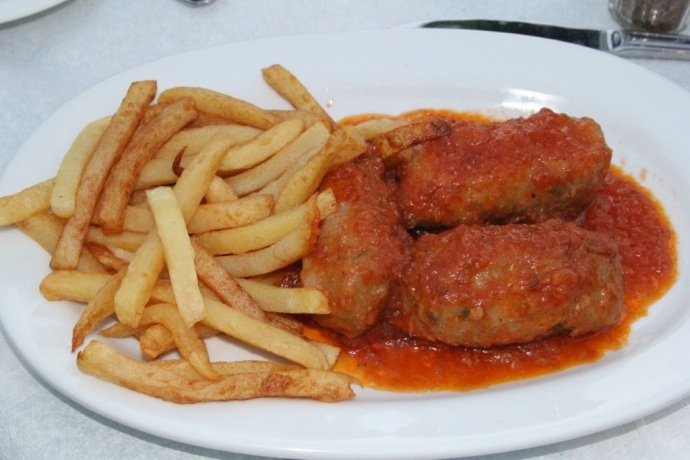