After a cozy night sleep, snuggled into our R-Pod listening to the thunder, lightning, wind and rain, we awoke to blue skies across South Western Colorado. By 9am we left Dolores, Colorado and headed towards Moab, Utah. We were so fond on Dolores we named the female voice of our new Garmin GPS after her so we’d never forget.

We headed across beautiful Colorado high prairie farmlands bobbing up and down between 5500 and 7000 feet. Beautiful area and Dolores has a great little independent radio station that we listed to until we were 27 miles away and could no longer get the signal. We dialed into something else…a classic rock station from Moab that acted as a beacon as we worked our way across Colorado into North-Eastern Utah counting the cute little prairie dogs popping their heads above ground like North American meerkats. We saw a lot of animals on that drive. A few deer, and even a coyote that ran across the road and paused at the edge looking at us before we passed him.

Before Moab we took a side trip to Newspaper Rock (A State Park) about 12 miles off the highway. Its a little understood set of petroglyphs used by Native Americans from about 2000 thousand years ago until 1300. Then used again by early settlers, even until some idiot in 1954 defaced it with his contribution and few other dimwits at other more recent times. But largely the “newspaper” has remained intact. 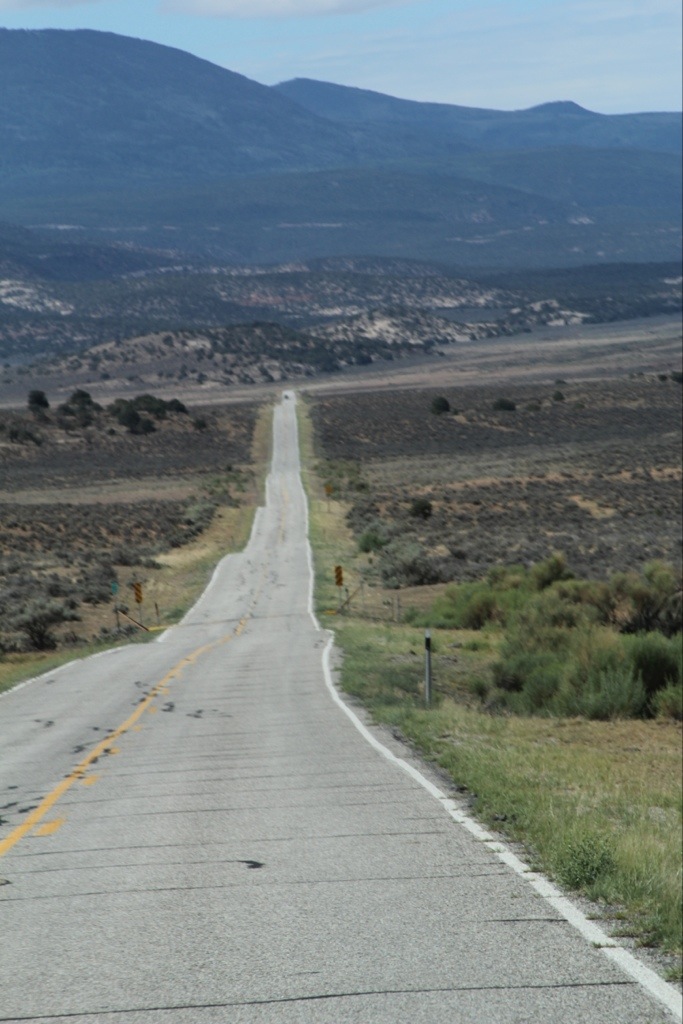 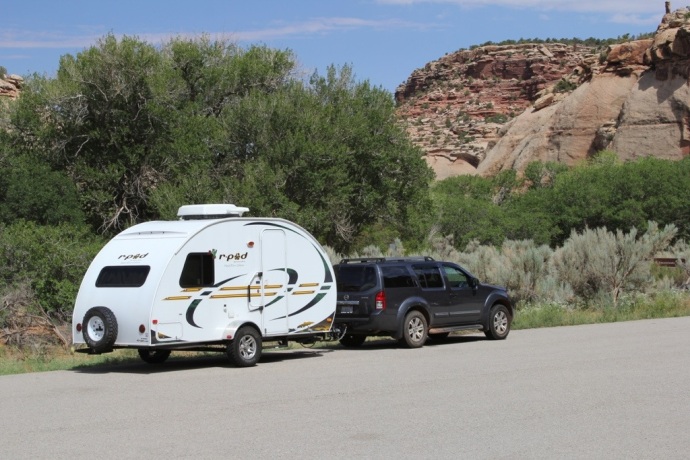 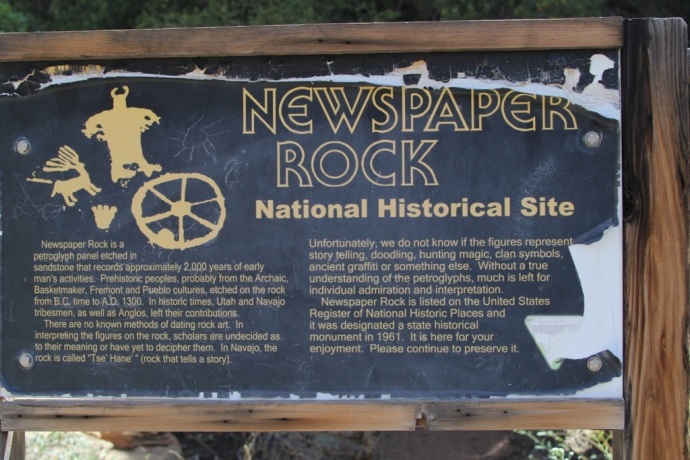 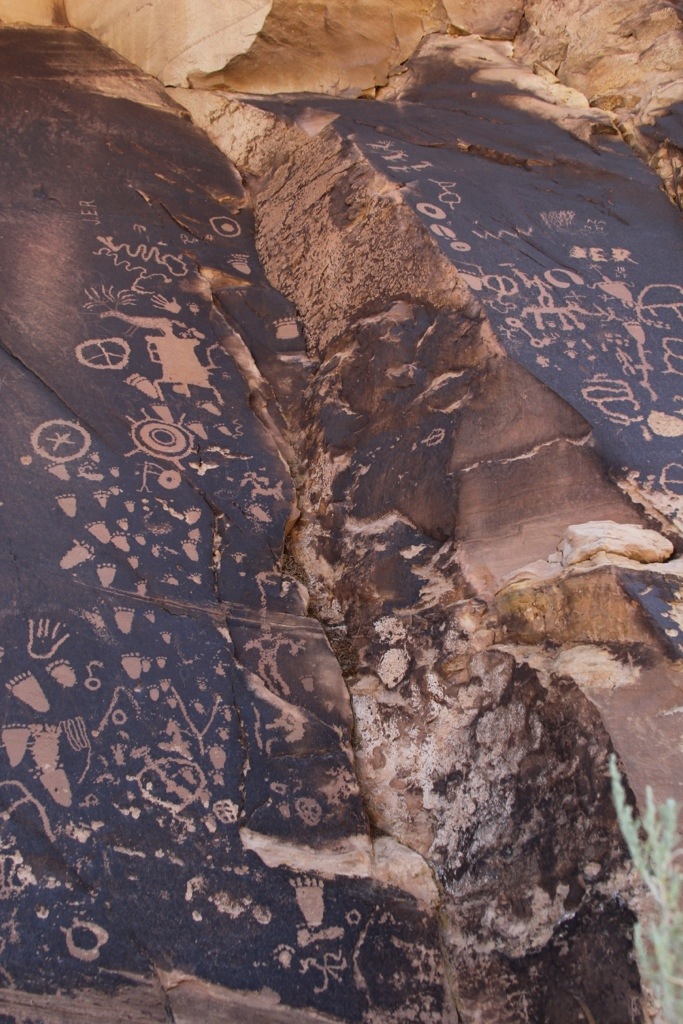 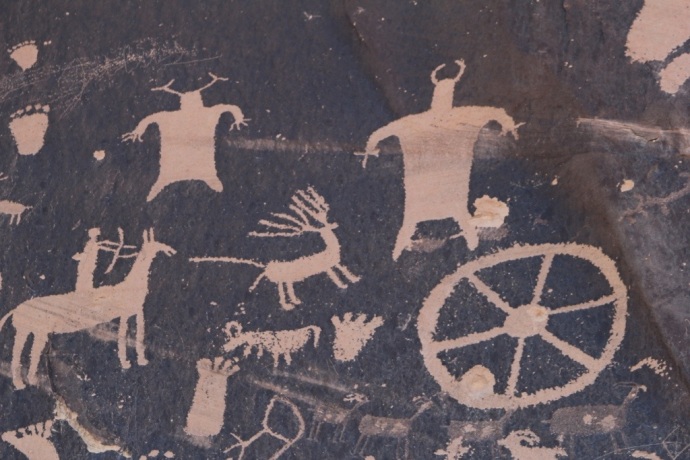 We knew we were getting close to Moab, Arches, and Canyonlands when we passed our first arch – Wilson’s Arch .

We also stopped at the road-side attraction “Hole in the Rock” which is a 5000 square foot house that was built into the side of a mountain back in the 40s-70s. Its now a memorial to the people who built it and lived there (the husband dying in the mid 50s in the wife in the mid-seventies. They wouldn’t allow photography inside so here are a few shots from around the grounds outside and a link to some shots I found online. We didn’t visit the zoo…I can’t support roadside attraction zoos of exotic animals. Cruel. 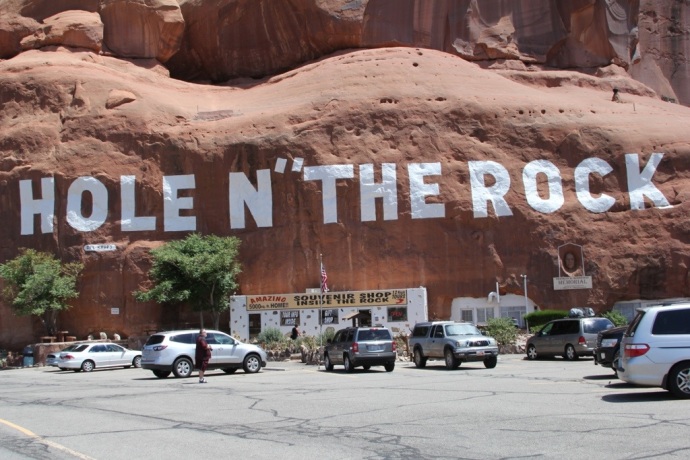 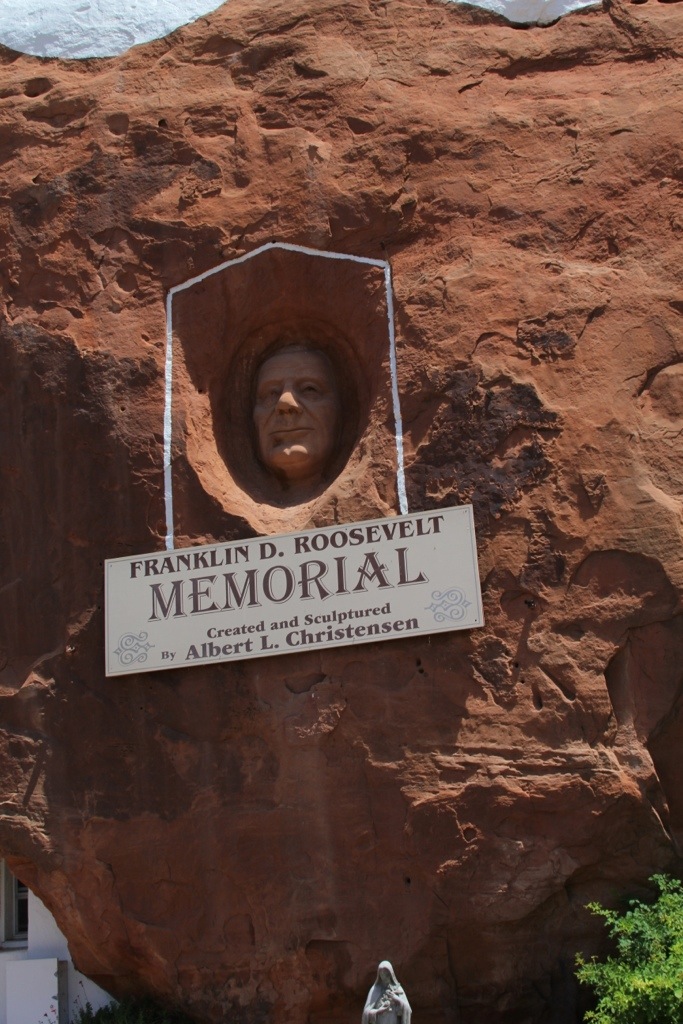 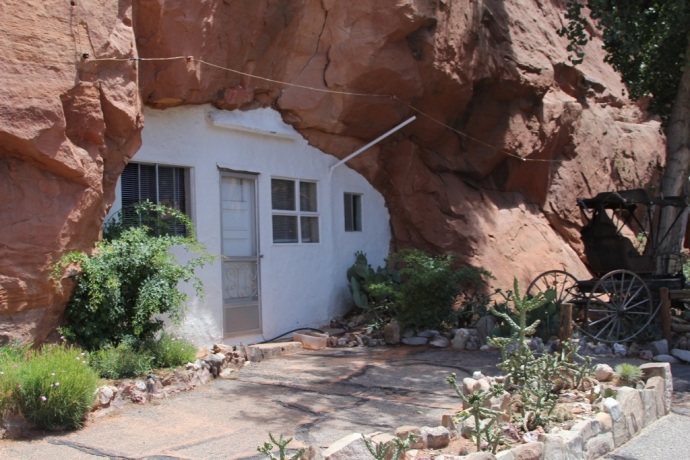 We got to Moab about 1:30 pm, checked in to our campground (Canyonlands RV Park). Great location but they have wifi problems and problems with their septic system…very smelly. But there was shade and a pool and clean showers. So we sent the kids off to swim while I made lunch.
After lunch we headed to Arches National Park which is just outside of Moab to capture the afternoon light. It was about 101-104 in the park so we took plenty of water with us so we could walk to a few of the closer arches (it was to hot to walk them all in the afternoon heat).
I had been to Arches on my 17-year-old road trip to Albuquerque with Ross. I remember stopping by Arches in February and it being a pleasant mid-seventies or low eighties. Nobody was there. Ross and I pulled to the side of the road by one of the arches and got out a hibachi grill and cooked up a big rib-eye steak. It was one of my fondest memories of that trip. And I think for Ross as well as the picture I took of him under North Window Arch became the photo he used in his Senior-High School Yearbook Page. I was excited to return and see more of the park, which we did. It didn’t disappoint. This is an otherworldly experience. 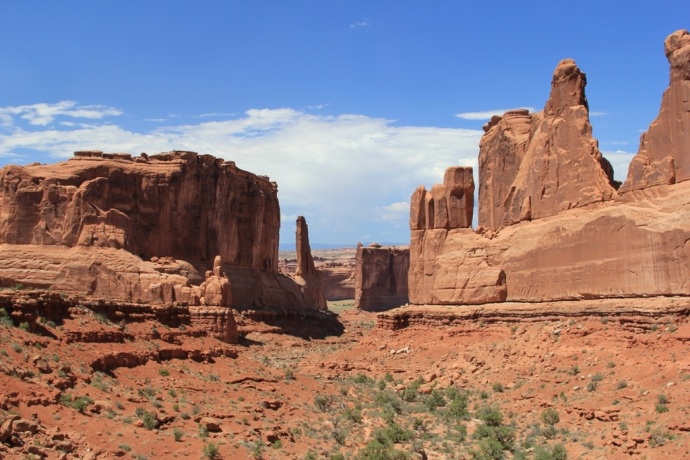 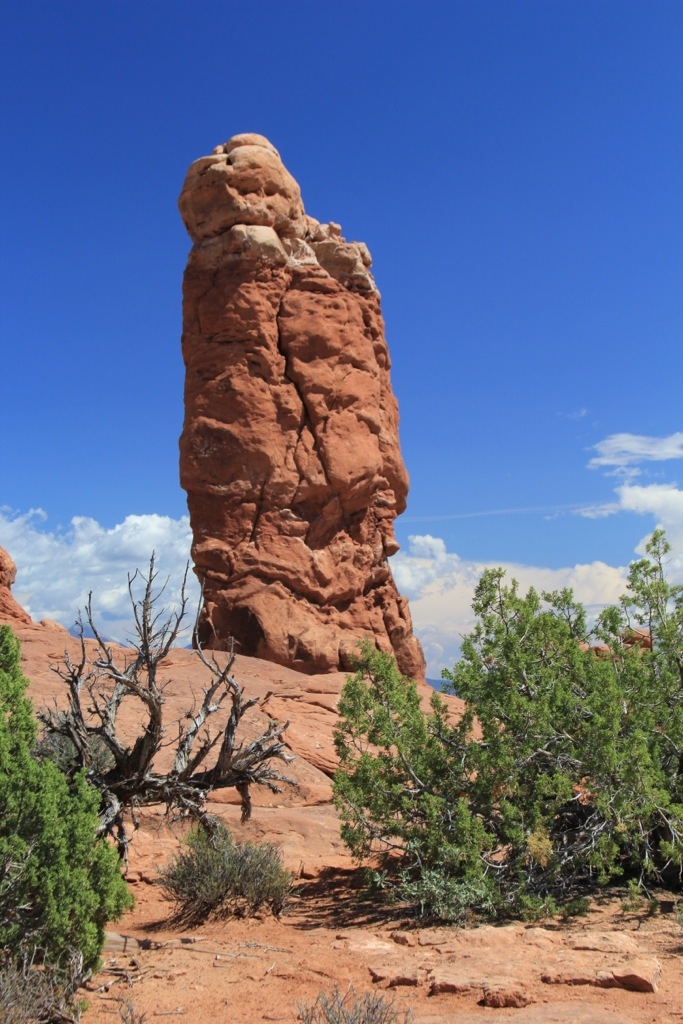 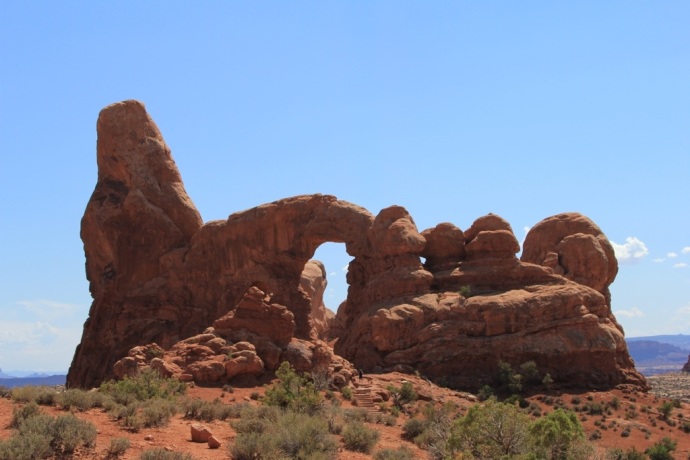 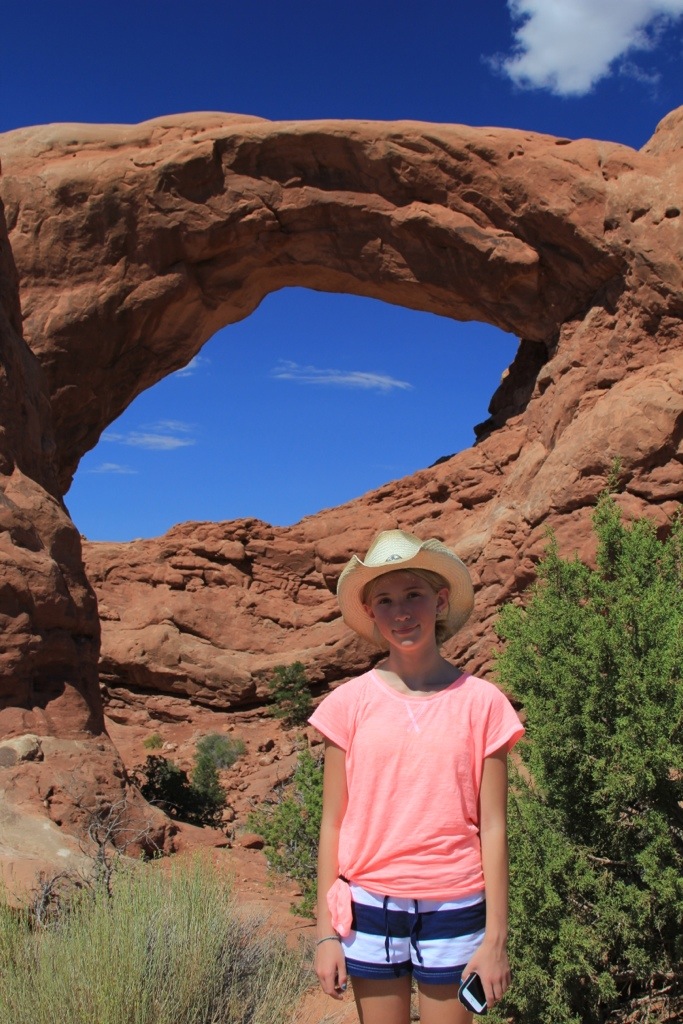 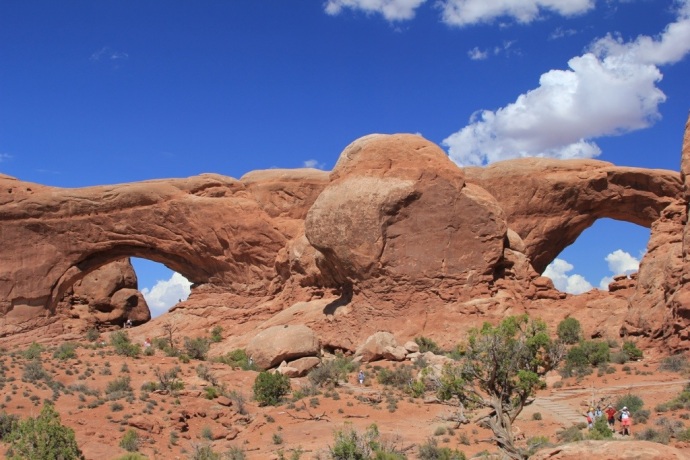 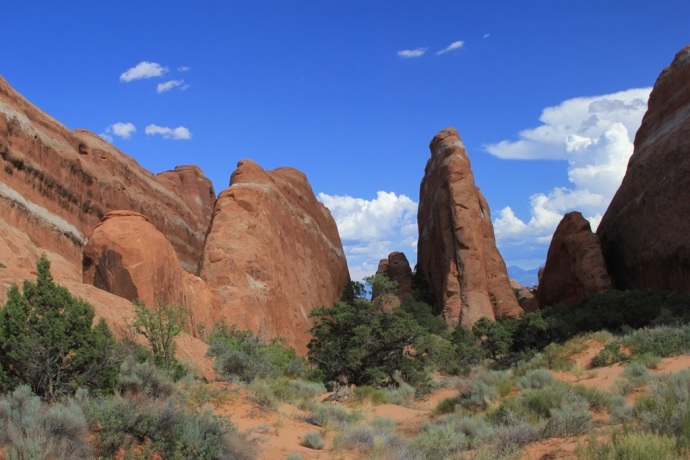 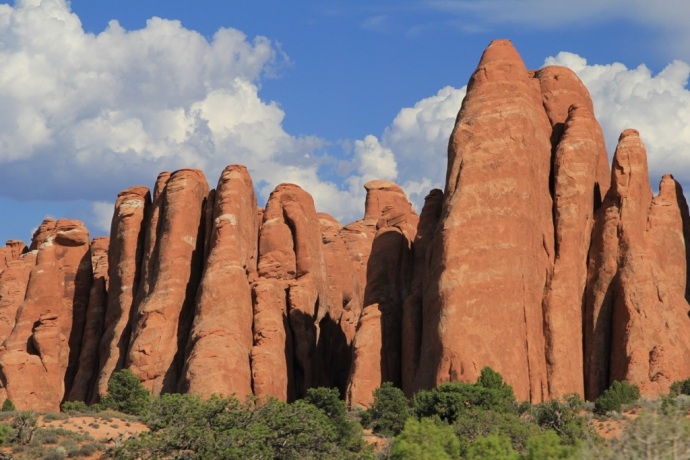