We should have done better pre-trip research because Monday morning we realized access to Hells Canyon from Baker City isn’t the best point of entry. The loop road (Hells Canyon Scenic Route) was closed for construction. We tried to find something to do. We had already paid for two nights in Baker City and so didn’t really have an option to go somewhere else.

We made a leisurely morning of it before we decided to head to Halfway, Oregon. Halfway had renamed itself Half.com in the early 2000 dot.com boom (it was a small town familiar with booms and busts over the years). Beyond Halfway was the fabled ghost mining town of Cornucopia (we found a listing of ghost towns of Eastern Oregon) and decided another ghost town (sans trailer in tow) would be the order of the day.

We spent the better part of an hour taking in the dioramas of life on the Oregon Trail. I didn’t realize just how brutal the Oregon Trail was. It took on average 140-180 days to travel the 2000 mile trail. It was so treacherous that on average there was a grave every 80 yards along the trail. Most deaths where not caused by glamourous Western Expansion murders, suicides, or indian attacks, but more often than not by small pox and dysentery. I mean, you can see the anguish in these dioramas. 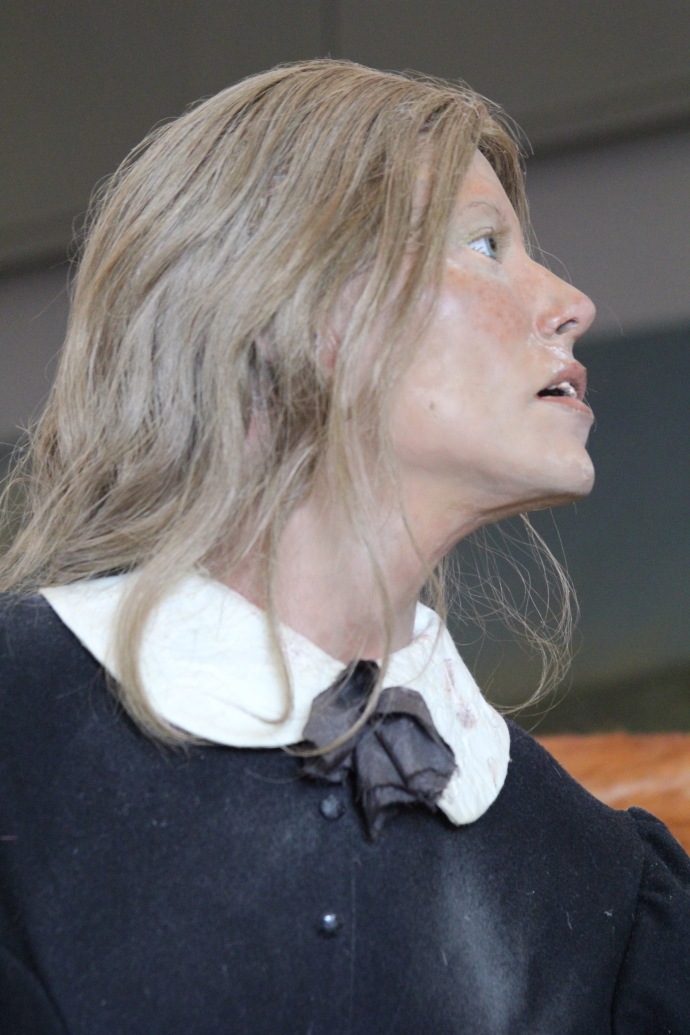 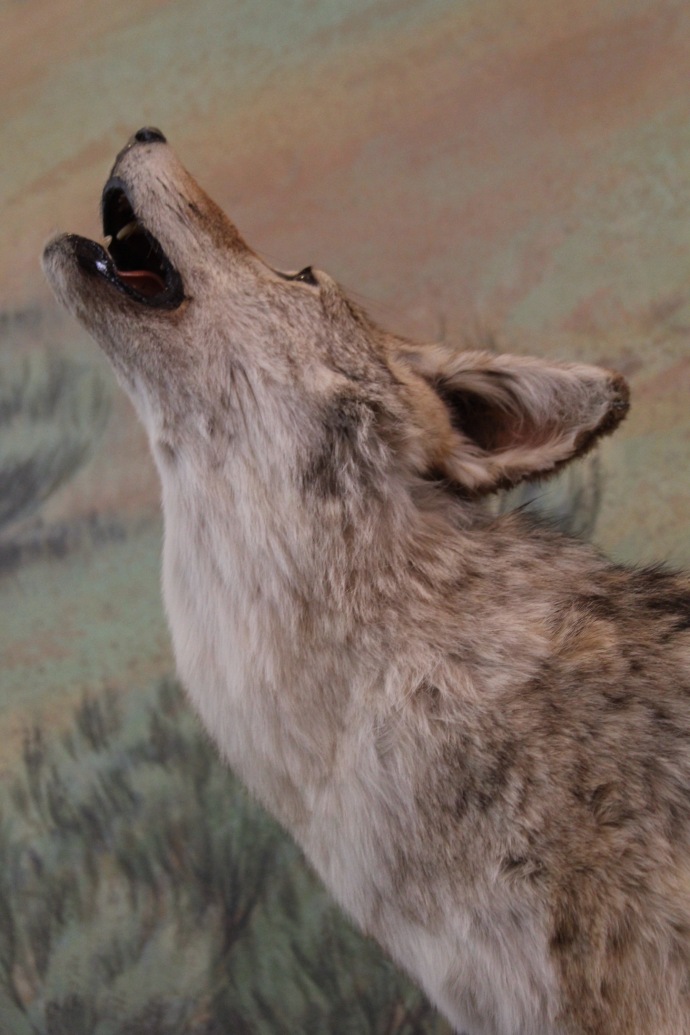 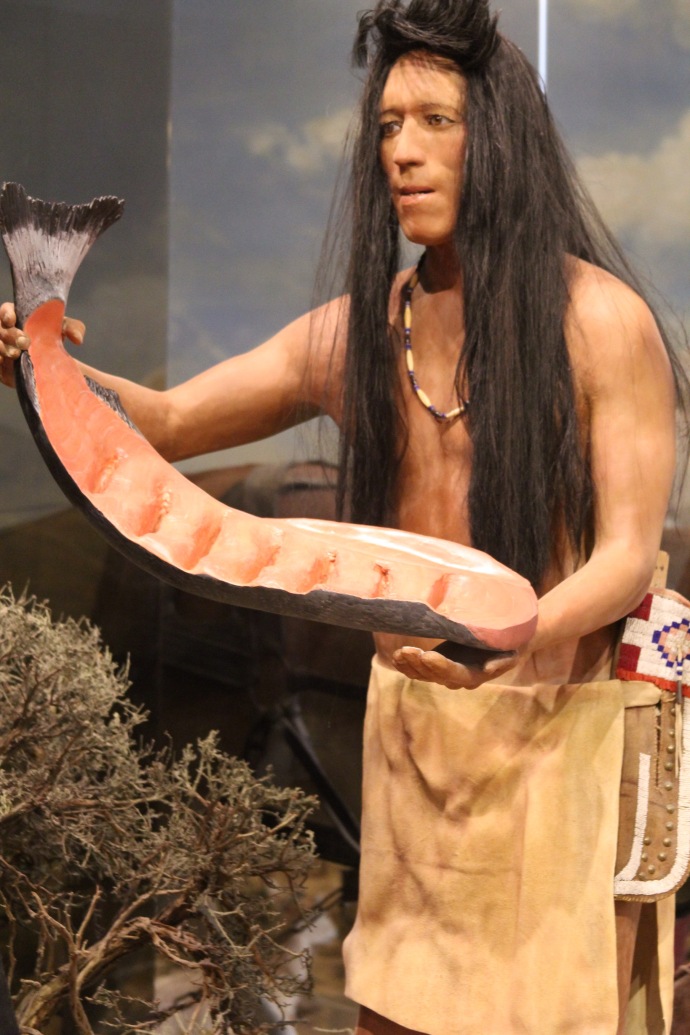 There was a great interactive exhibit where you could pack your own covered wagon before heading out on the Oregon Trail. Which items would you have to leave behind? The children’s toys? The family heirlooms? The barrel of whiskey? Hell No! My superior “Tetris Skills” allowed me to pack everything in my wagon. I would have owned the trail! 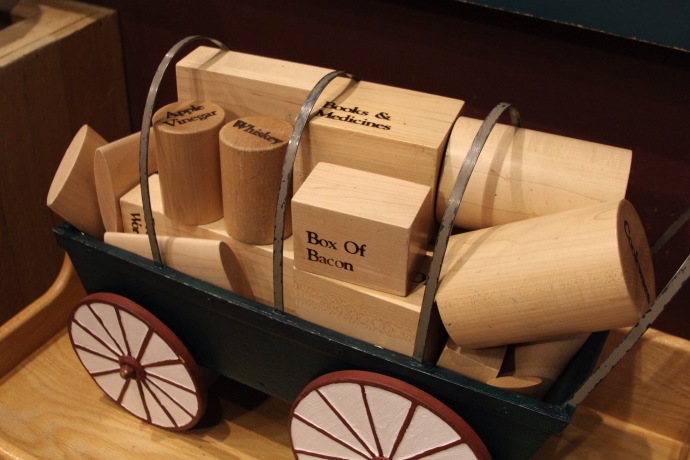 The Interpretive Center was on a high bluff overlooking a preserved section of the Oregon Trail which you could see from the bay windows (it looks cloudy but its 103 degrees out there!). 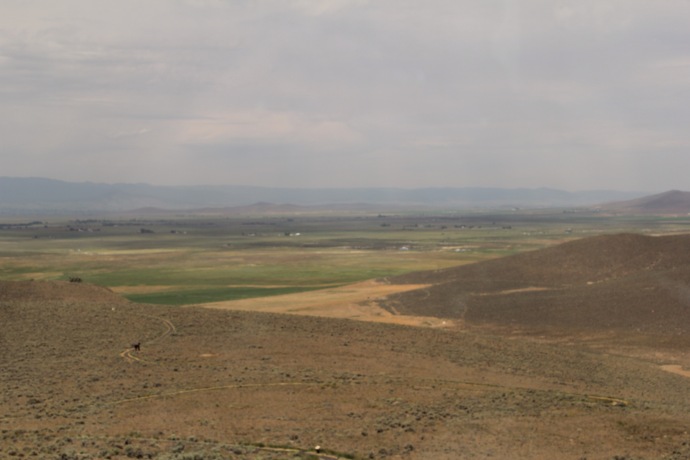 The Interpretive Center is only 5 miles from Baker City, so we continued (runing low on fuel) to Richland about an hour away towards Hells Canyon. We gassed at the only station in the region and headed on towards Halfway where we had lunch at the only open (or still in business) restaurant in town – Wild Bills!

We asked about the roads to Cornucopia and one waitress said the roads were passable and so far as she knew there were still a few buildings standing. We decided to go for it.

We headed North past Halfway to the end of the county road where it turns to gravel just as the waitress had said. It would be approximately 6 miles before we came to the ghost town (a mining boom town which at one time extracted $10M in gold (back in a day when that was a meaningful number). Today we would find out that most of the claims were owned by GE who were trying to mine uranium there for the war effort.

Towards the end of the road we came across a man in camouflage hunched over sitting on a camo-ATV on the side of the gravel road. We approached slowly. I rolled down the window a crack it open and called out…is there a ghost town around here? He quickly turned and I half expected to see a half-crazed zombie ready to tear us limb-from-limb. But instead I was greated by a very nice man who I noticed had sawed off a finger or two at one time as he pointed us in the direction of the old ghost town with his stubs. “When you get to where the road is real bad, you’ll know you are there. You can keep going on if you want..but I woudn’t if I was you. Feel free to park and get out and walk around.” And so we did. 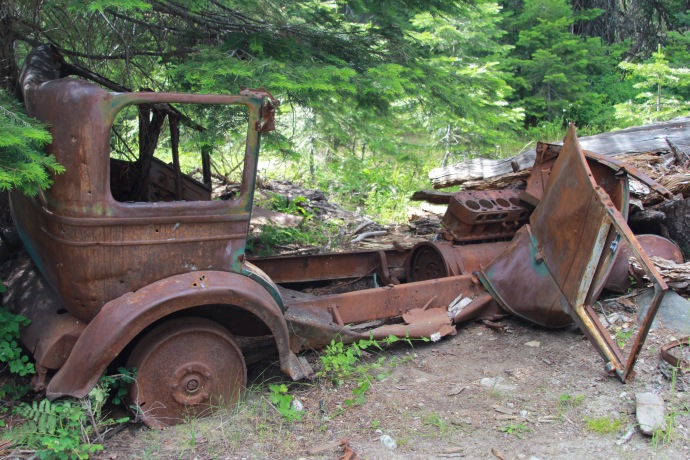 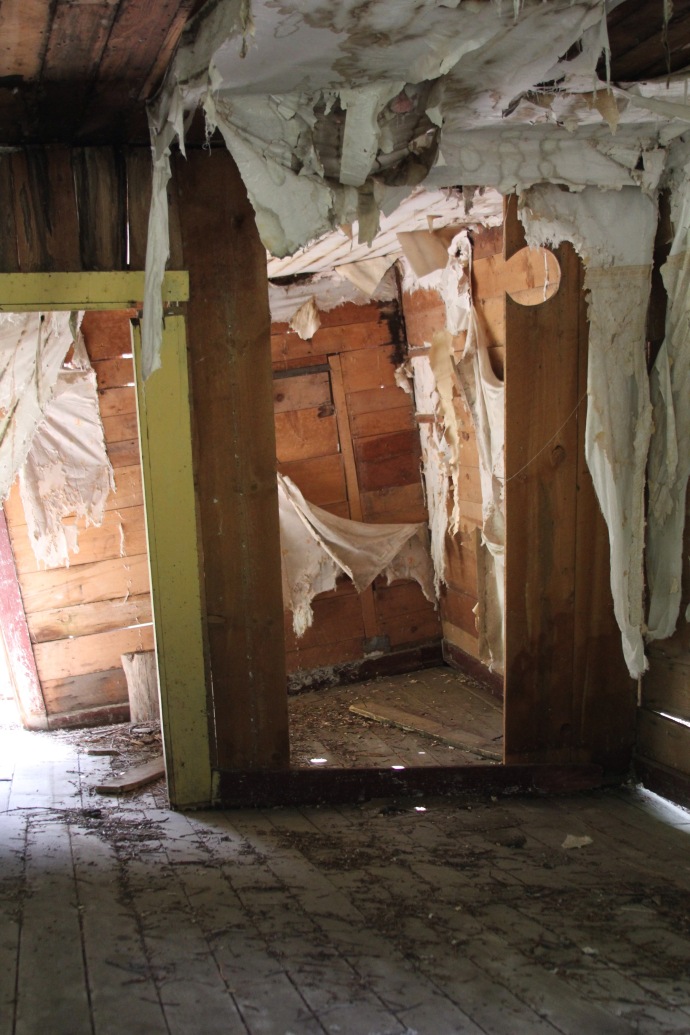 We parked and got out and walked around. Although we were high in the mountains it was still hot, around 100 degrees. We wandered through old buildings and decaying machinery and cars and made our way through what had once been a vibrant and bustling boom town. 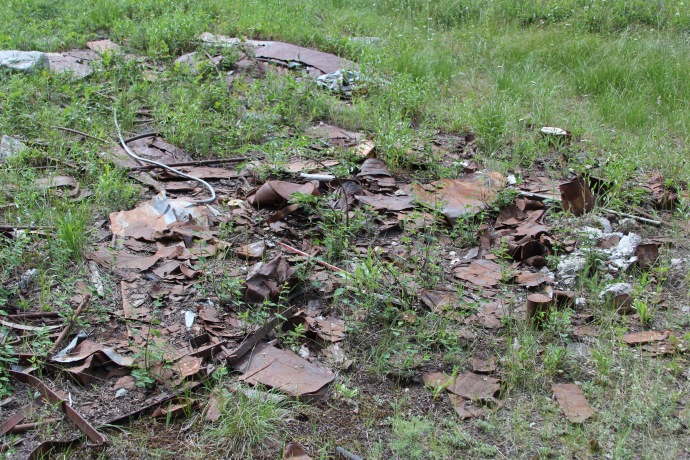 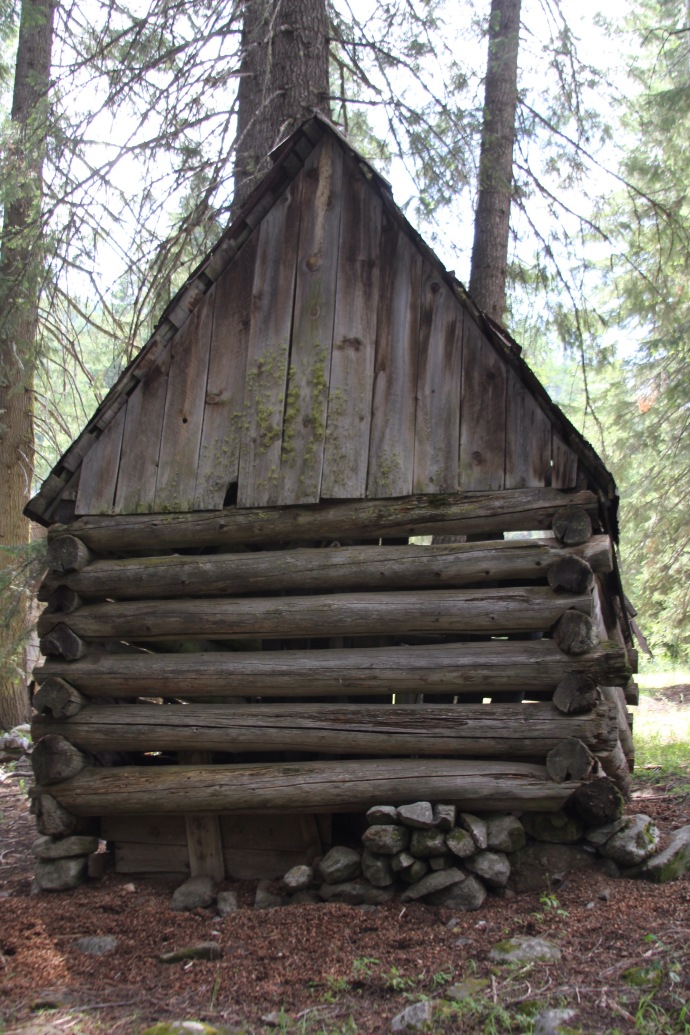 Then we headed back towards the new cabins where we had met our would-be zombie. He and a friend flagged us down and volunteered to show us the Cornucopia jail which they were lovingly restoring to its former glory. Should we walk into the cell? What if they capture and keep us here? Do we dare risk our lives? Sure! Why not! It was fascinating. Basically the jail was built just down the street from where there had one been a bar. It mostly served as a drunk tank in the old mining town which had a repulation for being the most orderly of mining towns of its day (because they said gold fell from the mountainside, making it an easy and prosperous community). 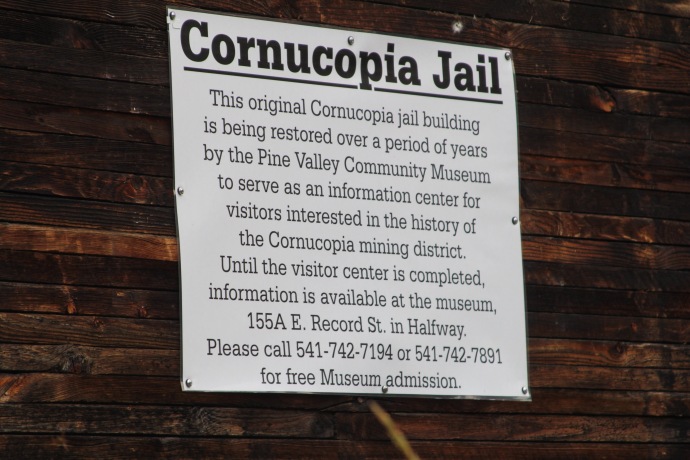 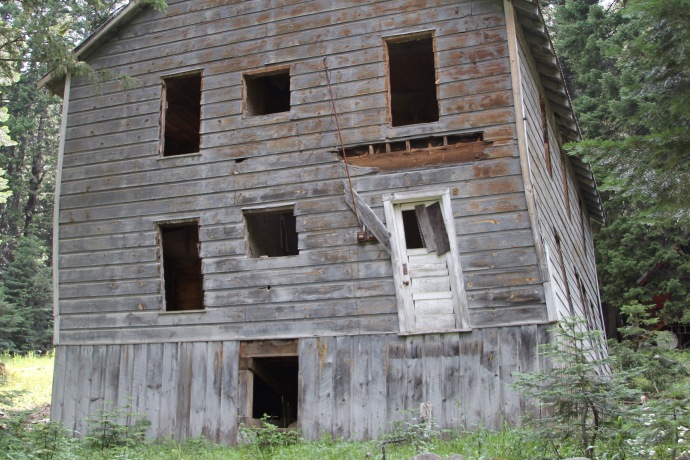 On our way out of the ghost town we passed what looked like an old hotel. And then we returned the way we came and drove an hour or so back to Baker City for the night surely to dream of life on the Oregon Trail staking a claim for mineral rights in a early boom town of Eastern Oregon.